College 9/10 Chef Keeps His Chin Up

“I’m proud of my work and I’m happy to work,” Bennett said.

It’s obvious, since Bennett seems to always have a permanent grin. He says he particularly enjoys his job during College Nights, themed dining hall banquets where he can perfect unique food pieces that he doesn’t get to cook every day.

In spite of Bennett’s continous upbeat mood, he has come a long way.

When he was two years old, he suffered a severe head injury after being knocked to cement by a large German Whiner dog.  Ever since, Bennett has suffered from epilepsy, a chronic neurological disorder that causes him to have spontaneous seizures.

“A petit seizure can cause various symptoms depending on what part of the brain is malfunctioning. A grand mal seizure would involve me losing complete motor control,” Bennett said.  “When I have a seizure they usually last for about several minutes and during them I reflect back on past memories.”

Bennett first got into the food service business when he was just 16 years old, citing that it was something he was good at. In the mid-1990s, Bennett was employed by Seascape, an upscale resort located in Aptos. There he helped cater at large banquets for thriving dot-com companies. When the dot-com boom ended, Bennett said Seascape’s business slowed drastically, so he picked up an application for a local restaurant.

“I had no ideal what I was getting myself into.  It didn’t clarify on the application where the job was,” he said. 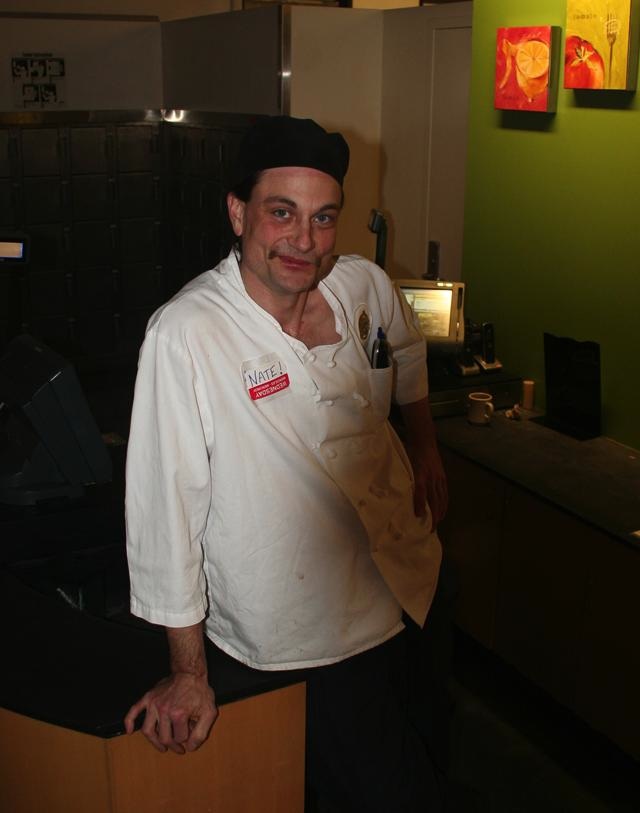 Surprisingly, what he believed to be a chef job position at a restaurant turned out to be a position at the Homeless Services Center (HSC), a homeless shelter located on Coral Street. Despite this fact, Bennett decided to take the job — except this time he would not only deal with the food service and quality, but with money issues as well. Given the extremely tight budget of the HSC, Bennett used his cooking skills to prepare as many meals possible at a budget of eight cents per dish.

After working for the homeless shelter for a few months, Bennett’s seizures became increasingly frequent and severe. For liability reasons, he was restricted from work.

“They are a tired, angry crowd.  I knew I could easily go down that road,” Bennett said with regard to the homeless, and remaining unemployed.

Unable to pay for his medication, his condition worsened and he found it difficult to find a job anywhere. After being unemployed for almost a year, Bennett searched for a new medications that would help him secure a job to support the high living expenses and his medical bills, which ran several grand a month. Fortunately, he was granted permission to work again after discovering a new prescription called Carbotrol that reduced the amount and intensity of his seizures.

Once Bennett was given permission to work by the doctor, he applied online for a job at UC Santa Cruz. Within a month he heard back with good news of an interview. After disclosing his struggle with seizures, Bennett was hired by UC Santa Cruz dining services.

“Because I can feel when a seizure is coming [UC dining services] hired me,” Bennett said. “Only half the people with epilepsy can tell when one is about to occur. I am one of those lucky people.”

When Bennett has a seizure he goes through a very specific procedure of taking his wallet, which has a chain and lick on it, and strapping it around his head in order to prevent biting his lips during convulsions. The last time Bennett had a seizure was at the end of fall quarter.

“I haven’t had a seizure in a while,” Bennett said. “When I do, I use my ‘magic wallet’ to bite on, lay down on the ground — usually in a private place.”

Now he feels lucky to have a job where he can do what he is best at, cook, and make money. “I am so fortunate to have a career. I just want to be positive and productive at work. Nothing else,” he said.

Outside of work, Bennett enjoys playing a variety of instruments with his local band.  He composed a song called “Chin, Chin,” — a product of his positive attitude during hard times.