The World Went Gaga for Swift and Jay-Z in 2009

Whether or not it sprang from pure talent, the popular music of 2009 upheld its notorious reputation for being simple and catchy. And whether or not you or I like them, they were popular.

With nothing overwhelmingly original, plenty of pop singles and albums utilized beats and Auto-Tune, the program used to digitally perfect a singer’s pitch, to work their way to the top. The following artists were some of the most listened-to last year. 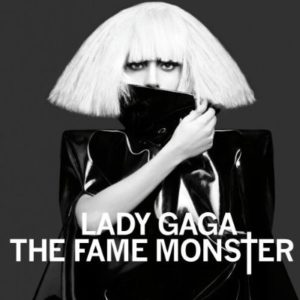 One artist did show us a bit of something new, and people went “gaga” for it. In the past year, 23-year-old NYU Tisch School of the Arts graduate Lady Gaga quickly ascended the charts, releasing “The Fame” (October 2008) and “The Fame Monster” (November 2009).

In all honesty, she is bizarre. But that’s what sucks people in. People want to play her love game. Her songs might be no more than catchy dance tunes, but I don’t think I’m alone in admitting that they tend to find their way onto my party playlists.

Gaga is certainly a crowd favorite. She was nominated for a total of nine awards at the 2009 MTV Video Music Awards, winning Best New Artist and taking home both Best Art Direction and Best Special Effects for her single “Paparazzi.” Her audience is acknowledging her for bringing something new to the scene with her over-the-top artistic style.

A few weeks ago, I witnessed a two-year-old boy singing and dancing along to “Paparazzi.” Even if that is just an example of our culture, an artist with fans as young as two is big.

What Lady Gaga’s songs might lack in great musical originality, her persona and, most importantly, her music videos make up for. If you have yet to watch the “Bad Romance” video, do it. It’s weird, but there is no denying that it is art. Gaga is someone to watch out for.

Regardless of whether her sex-dance ballads portray great musical talent, there is more to come from Lady Gaga. And I think we can expect it to be interesting. 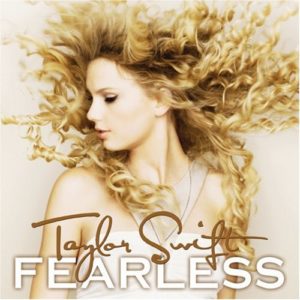 While Kanye West might not agree, Taylor Swift has quickly created a name for herself. Having broke out of her shell this past year, Swift has made even country-music-haters put her songs on repeat. Since her debut single “Tim McGraw” was released in 2006, she has continued to climb the charts.

At 20 years old, she’s been named 2009 Artist of the Year by Billboard, and has quickly become one of the most successful country music artists of all time — all with only two full album releases.

Maybe it’s her age, maybe it’s that the majority of her songs are teen love anthems, but the album’s success — her second album “Fearless” is the biggest selling of the year, regardless of its November 2008 — was the best online start for a country album in history.

However, can Taylor Swift’s songs really be called country music? Her first album, “Taylor Swift” (October 2006) did have a sound closer to that of her major influences like Shania Twain and LeeAnn Rimes. But when “Fearless” came out, we were presented with a more synthesized pop sound.

There are certainly acoustic tracks on the album, but the most successful are the tracks with a bit of a dance back-beat. And several of her songs have been remixed into true dance tracks. I’m not sure that can be said for many country artists.

At the 2009 MTV Video Music Awards, Taylor Swift took home the award for Best Female Video for “You Belong With Me.” The video portrays Swift as a high-school band geek who goes to prom to tell the football-playing guy of her dreams that she loves him, complete with happy ending and all.

Maybe this ridiculous high-school fantasy appeals to girls that are pining for that same type of guy, or maybe it’s just appealing because it’s ridiculous. Either way, fans loved this video, and they love Taylor Swift. 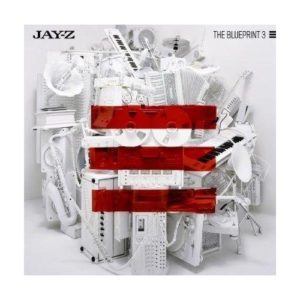 It is indisputable that Jay-Z is successful. Since his debut in 1996, he has released 11 studio albums, all of which have reached #1 on the Billboard charts. And his most recent, the highly anticipated “Blueprint 3” (September 2009), was anything but disapointing. And having nabbed the top spot for the 11th time, he is now the current record holder for most number of albums to reach #1 on the Billboard charts.

Of all of the mainstream “hip-hop” artists today — let’s be honest, for the most part they are pop artists — Jay-Z seems to keep his fan base interested. His work hasn’t transformed into Auto-Tuned pop beats along with the rest of mainstream hip-hop. In fact, his new album features a track entitled “D.O.A. (Death of Auto-Tune)” in which he addresses the state of the current music scene: “I know we facing a recession / but the music y’all making gon make it the Great Depression.”

Jay-Z’s ability to produce a #1 album without the use of Auto-Tune has to be acknowledged. Without going into what Auto-Tune has done to pop music, we have to appreciate that fact that Jay-Z refuses to use it.

The single “Run This Town,” which featured Rihanna and Kanye West, was a big hit and created anticipation that caused fans to go purchase the whole album. Speaking for myself, the rest of the album does not disappoint. “Young Forever” featuring Mr. Hudson is a redo of the 1984 Alphaville hit “Forever Young”, accurately re-appropriating the youth anthem for today. And whether or not you can catch his New York references, his track with Alicia Keys, “Empire State of Mind,” is certainly the big city’s new anthem.

Jay-Z gave us something original this year. In an industry filled with young’uns using new technology way too much (did I mention Auto-Tune?), Jay-Z produced a noteworthy album that can be appreciated because it’s real. And real good.