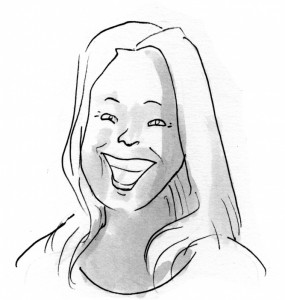 UCSC alumna Hilary Bryant is running for city council as a small business owner with a sharp perspective on the budget. She is a 20-year resident of Santa Cruz and said she hopes to improve the relationship between the city and university, especially by increasing opportunities for students to work in the community when they graduate, thus spurring the economy while maintaining a good relationship between students and residents in the city. Bryant is an established realtor, owns Westside Animal Hospital in downtown Santa Cruz with her husband, and is dedicated to relieving the Beach Flats Community Center in the aftermath of recent budget cuts.

She is a dedicated mother of two and says local government is essential to the city because of its impact on parks and the environment, both of which she is a major proponent, with years of experience with the Parks and Recreation Commission.  She said the most important issue she would tackle if elected is the economy. She would address all other problems, including public safety, by evaluating the causes, she said. Bryant said that Proposition 19, if passed, would not help solve Santa Cruz’s budget problems.

“In terms of enforcement, there’s going to be less of it surrounding possession and more of it surrounding DUIs and other related issues,” she said. “The focus will be how to deal with the by-product of the law.”

Bryant said that youth are important in the voting process and should work to understand the propositions and candidates in order to affect their local city government’s course this November.

“These next years for the city council are going to be very challenging,” she said.  “We’re trying to climb out of [the budget deficit] every day.” 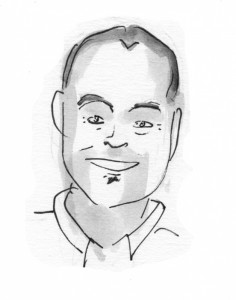 Gus Ceballos was born and raised in Santa Cruz. He has worked for Silicon Systems, San Lorenzo Lumber and Big Creek Lumber. He currently works for the nonprofit Companion for Life/Lifeline Project as the executive assistant to the director.

Ceballos supports the recent presence of Immigration and Customs Enforcement (ICE) in Santa Cruz, on the basis that safety from violence is a key issue, according to his website.

Santa Cruz is a tourist town, and tourists bring in a lot of revenue for the city, according to Ceballos’ website. Therefore, working towards better safety will lead to more tourists and more money, he argues.

Despite the focus Ceballos puts on safety, he is against Measure H, which would increase taxes so more money could go toward public safety. He also objects to the amount of money the city council puts towards homeless service.

“Homeless programs get more funding than programs aimed specifically for children, women, starving families, the ill and the elderly combined,” according to his website.

Ceballos wants to work to improve relations between the community and UCSC, and he said that the way things are now, students don’t have much chance to interact with other Santa Cruz residents.

Ceballos’ main goal in running for city council is the chance to represent a certain portion of Santa Cruzans.

“What I want to do is give the community a voice,” Ceballos’ personal statement reads. “A voice for all the working-class citizens who don’t currently feel they have a say in our local government.”

*Ceballos was not available for an interview. This analysis was compiled from information on the candidate’s website. 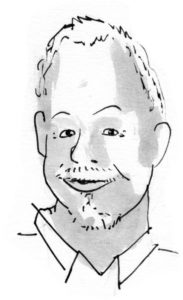 A Santa Cruz native and a graduate of UCSC with a community studies degree, David Foster has spent the last six years on Santa Cruz’s planning commission. In Foster’s estimation, the move from city planner to city council member is a natural transition. He says he has gained day-to-day experience working for the municipality as well as managing large budgets and grant writing.

Prior to his position as a city planner, Foster spent 25 years working for non-profit housing initiatives and was instrumental in passing the city’s green building construction ordinance, which requires that all new residential and commercial construction meet stringent environmental quality standards.

The issue of sustainability and improving Santa Cruz’s methods of alternative transportation is of paramount importance to Foster. He said that the current campaign has focused heavily on the issue of public safety, albeit with good reason, and that “we’ve forgotten this issue of reducing our green house gas emissions.” He envisions a Santa Cruz with mixed-use neighborhoods, aims to reduce the need to drive considerable distances, and is against widening the highway.

When it comes to the city’s relationship to UCSC, Foster said that it is important that both the city and the campus keep an open and collaborative relationship.

All in all, Foster said that one of the things that sets him apart from the other candidates is his commitment to serving the community, which he has demonstrated throughout his career.

“I have a lifetime of experience building up to this,” Foster said. “I’m not a small business owner. I’m a community service-trained person.” 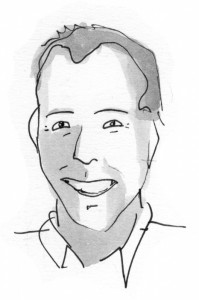 A lifetime resident of Santa Cruz, small business owner, husband and father Kevin Moon believes he can bring a new voice to city council. Moon says the current city council is controlled by people who all live in the same geographic area, have the same political views, and are supported by the same small cluster of people. He said that Santa Cruz is in dire need of a citizen voice to lead the way, since the city has been controlled by interest groups and incumbent politicians for too long.

Public safety is one of the most important issues facing Santa Cruz, Moon said. He plans to keep citizens safe by allowing police officers to enforce the law and not let political correctness get in the way of his decisions.

Moon said that UCSC brings a vibrant young community to the city as well as significant economic development.

However, there are political friction and resource issues that demand the attention of both city council and university officials, he said. UCSC should not be exempt from hard city decisions and needs to participate in the city just like any other citizen, Moon said.

“I would be a councilman that would keep you safe, support economic development, and maintain our infrastructure,” Moon said. 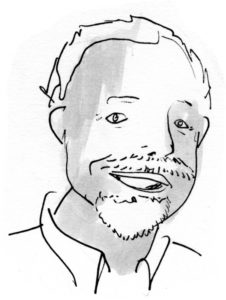 Steve Pleich has spent time volunteering with the who’s who of Santa Cruz local nonprofit organizations. As a grant writer, he has worked with the Santa Cruz AIDS project and Walnut Avenue Women’s Center as a certified domestic violence victim’s advocate and legal advocate. He is also an advocate for Save Our Shores and is currently working on the petition to protect state parks.

He said that the city of Santa Cruz and UCSC are entering a “golden age” in their historically contentious relationship. “We have much more in common than we do in terms of disagreements,” Pleich said.

Pleich hopes to foster economic growth within the city by integrating the UCSC student community.

“We can bridge the budget deficit we have by creating more jobs for UCSC graduates entering into more cooperative projects like the Project for Innovation and Entrepreneurship (PIE), green-tech, biotech and hi-tech businesses,” he said.

With regard to Prop 19, Pleich said his first priority — if it is passed — will be to make sure that the provisions of Prop 215 are upheld, which concerns users of medicinal marijuana.

Overall, Pleich emphasized the need for responsible and creative leadership within the city council, because voters are not just making decisions for the present but the future. 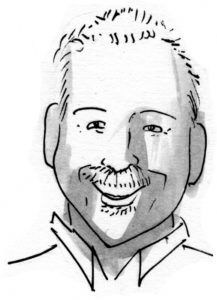 Ron Pomerantz said his eyes were opened to the world when he served two years in Venezuela with the Peace Corps after graduating from UCSC with degrees in economics and sociology.

After his term, Pomerantz was drawn back to Santa Cruz by its beauty and sense of community. He organized for the Westside community and was employed as a janitor at the Branciforte library where he learned about pay and benefits issues for workers. In 1980, he began his 30-year career as a firefighter in the city of San José.

Pomerantz has been a part of UCSC since he and his wife graduated.

Of the city’s relationship with the UC, he said, “It comes in waves — this is a good wave. There’s always a lot more to do, but we’re in a positive place.”

He said the biggest issue facing Santa Cruz is “people feeling detached from government and wanting and needing to have a say.”

Pomerantz said public safety should be a priority. He said the three main issues for community safety are neighborhood organization, youth outreach and opportunities, and law enforcement.

“[People should] get together in their neighborhoods and find out what their needs and interests are,” Pomerantz said. “[They should then] bring those to the council. Rather than police saying, ‘This is what we’re going to do,’ people will say, ‘This is what we need you to do.’”

“[Marijuana] should be regulated like tobacco and alcohol,” he said. “The ability to raise revenues is important. It’s been used against people of color overwhelmingly as an excuse for arrest. [It] will take the criminality out of it.” 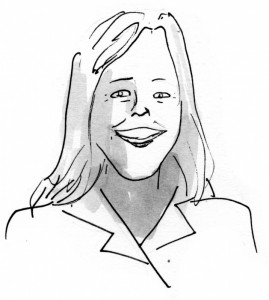 Having just completed her first term on the Santa Cruz City Council, incumbent Lynn Robinson wants to unite the community.

Calling herself a “solutions-oriented” person, Robinson said maintaining and strengthening a positive, open relationship between UC Santa Cruz and the city is critical.

“Time spent fighting with UCSC without compromise makes the community as a whole unable to move forward,” Robinson said.

She said coordinated efforts with the campus’s entrepreneurship, through its faculty and students, will be key to helping the relationship flourish.

In Robinson’s view, the primary issue concerning the city right now is budget management. She said unforeseeable state “takeaways” are the reason at fault for the city’s currently strained budget.

“I’ve always been one to say ‘yes’ to projects that bring money to the city,” Robinson said. “In my capacity as a city council member, I’ve been putting pressure to pass measures that bring in solid revenue, such as hotels.”

She said projects like the Marriott and La Bahia hotels, which bring in over $1,000,000 annually to the local community, will help pull the city out of its budgetary strife.

As someone with experience working both inside and outside the local government, Robinson is confident that she is capable of handling the responsibilities of serving on the city council.

“I see that it’s important to the community that we should be a strong, thriving community,” Robinson said. “I’m engaged with the community now, as always, I know what’s going on, and I care.” 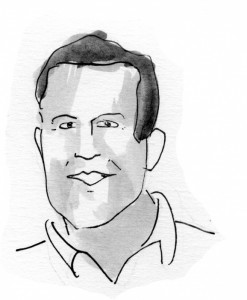 Vice-chair of the Save Our Shores board of directors and active community member, David Terrazas said he is focused on bringing new ideas to the Santa Cruz City Council.

A long-time advocate of transportation services, Terrazas sees improving Metro services as an important issue. As City Transportation & Public Works commissioner, he said he has advocated for new methods to serve our community and to communicate information.

Another issue Terrazas emphasizes is public safety — he has experience organizing with residents of the lower Ocean neighborhood to curb crime. His campaign advocates for neighborhood watch programs and community-based policing, which he says will increase civic involvement and effectively deal with crime.

Terrazas recognizes the need for a new way forward for UCSC and the city.

“I personally would like to better integrate the university into the community,” he said. “We have a tremendous opportunity to improve our relationship.”

Terrazas celebrates the politically and culturally active community in Santa Cruz and is proud of its many state parks. He is endorsed by every city council member and several organizations and community leaders in the city of Santa Cruz, including UCSC’s College Democrats group.

Terrazas expressed interest in encouraging new insights and approaches to issues in Santa Cruz. He sees local community involvement in government as a top priority.

“I’d like voters to know that when they vote for me, they’ll be voting for someone that will work hard to represent all voices in our community,” he said.