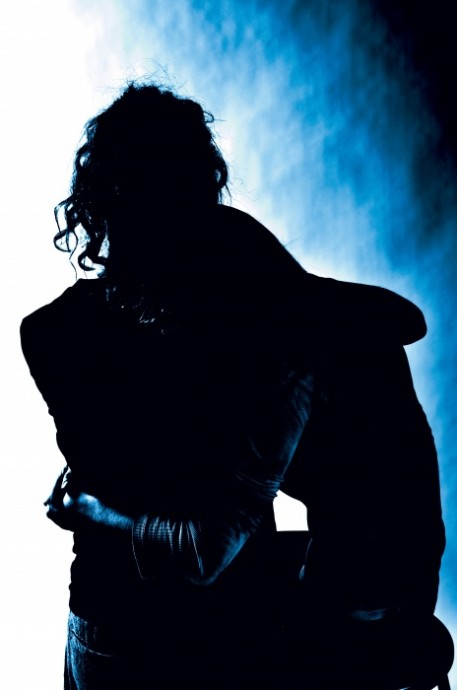 Jen Markam* sits across from me sipping her latte and chatting up a storm as if we are best friends who haven’t seen each other in years. Her auburn hair matches the color of her coffee. She is all smiles, but under that happy exterior lies a dark past.

Markam, like many other college students, suffers from depression.

“I had no history of depression in my family, but four years ago I was diagnosed with it,” Markam said. “I did not even know what was going on with me. I felt alone and sad all the time. I would feel like a switch would go off and I would just feel really down for no reason.”

Depression is a mental state of low mood and aversion to regular day-to-day activities, which can be affected by biological and psychological factors. Symptoms range from isolation to loss of interest and appetite. Depression can also lead to more violent behavior such as cutting, eating disorders or even suicide attempts.

Markam’s demeanor automatically changes when she talks about how her depression led to thoughts of suicide. She begins to choose her words carefully, sometimes saying nothing at all.

“I just felt like I wanted out of my pain and suffering,” she said. “[Suicide] seemed like an option.”

Even though Markam never attempted suicide, she had frequent suicidal thoughts from a period between her senior year of high school and first year at UCSC. Her world began to change when she sought help. Markam’s “support team,” a combination of medication, her therapist and support from family and friends, were all key parts of the remedy.

However, not all students receive the help they need. Five thousand out of the 33,000 people who commit suicide each year in the United States are between the ages of 15 and 24, according to the American Foundation for Suicide Prevention (AFSP). And there are cases, unlike Markam’s, where depression results in suicide, making it one of the major causes of death among students, second only to car accidents. In fact, 95 percent of suicidal college students suffer from depression, according to the AFSP.

Various factors contribute to an increased risk for suicide in depressed individuals, including anxiety, agitation or generally enraged behavior, as well as the increased use of alcohol and drugs. Hopelessness, mood changes and expressions of guilt or shame are also signs that someone suffering from depression may also be suicidal.

“We want to get the message out there about suicide,” said Diane Brice, program director for the Suicide Prevention Service of the Central Coast. “We want people to stop feeling shame and guilt about suicide or other problems caused by mental illnesses.”

The Suicide Prevention Service of the Central Coast has a 24-hour suicide crisis hotline and an outreach program in Santa Cruz County. Both of these services are staffed by volunteers who work on bringing about suicide awareness and providing help for those who are in need.

Brice added that Santa Cruz County was the location of 200 attempts at suicide this year alone, with all of them falling within the 18-to-25 age group.

Individuals in this age group often find that their external stresses are triggered by a major change in environment, namely the college bubble.

Being in a new environment and having to make new friends serve as substantial influences on feelings of isolation in college students. In addition, change in academic pace and an ever-evolving economic climate can further anxiety, and in turn, depression. These social and academic pressures can make some students more prone to depression and suicide than others.

MaryJan Murphy, interim director at Counseling and Psychological Services (CAPS) said that suicidal tendencies can result from feelings of hopelessness and isolation.

“Suicidal thoughts are brought about because people cannot possibly see a way out of their depression,” Murphy added.

Brice, program director of The Suicide Prevention Service, explains that there is a strong correlation between suicide attempts and actually committing suicide.

“Once a person has attempted suicide, they are 32 times more likely to [kill themselves] than people who don’t attempt it at all,” Brice said.

Women attempt suicide at a rate three times that of men, according to the AFSP, while men are statistically more likely to actually complete suicide. The AFSP states that this is because men are more likely to be in possession of harmful weapons such as firearms. Self-poisoning through drug overdose is one of the most common ways women attempt suicide. Suicide among young men has tripled, while that of young women has only doubled since the late 1970s.

Students can come in contact with such issues such as depression and suicide through acquaintances who are suffering from symptoms associated with these conditions. Third-year Eric Smith* just finished all of his schoolwork for the day. He sits cross-legged as he explains how having lived with a depressive and suicidal roommate put a strain on him.

Smith, a psychology major, said none of his classes prepared him for what his roommate was dealing with.

Smith remembers one of the most visible signs of his roommate’s battle with depression and suicide as a lack of awareness to things going on in the immediate surroundings.

Whenever Smith would ask his roommate what was wrong, his roommate’s answer hinted to possible thoughts of suicide, with comments like, “I just don’t want to be here anymore.”

Smith recalls a couple of instances in which he received text messages from his roommate that contained goodbye messages implying suicide. After receiving such messages, he would rush back to find his roommate in serious condition after overdosing on pain relievers. These attempts happened over a span of three years, with the most recent attempt resulting in a trip to the hospital.

Smith himself goes on to reveal that he has been suffering from anxiety since his first year of college. He mentions how both moving away from home and the academic pressures of college led to his problem with anxiety.

“I went to counseling, and they said anxiety and depression are very prominent in college students,” Smith said.

Even though Smith himself was one of many in his age group to suffer from serious mental illness, he was reluctant to seek help as well.

“[Since] I was in a new environment and I didn’t know anyone, it took me a long time to get the guts to call [the Health Center] for my problem,” Smith said.

If the Health Center had made students more aware of its psychological services, Smith would have sought help for himself earlier, he said.

Making services more apparent to students is one of the Health Center’s goals. Even though a big percentage of the student population is unaware of the benefits they have at UCSC.

Malloy said that feeling stressed, anxious, sad, hopeless, irritable or unfocused, may be possible symptoms of depression. Malloy encourages anyone who has these symptoms or is feeling persistently down to come to the Health Center for help.

Lead psychiatrist of CAPS Mark Kutcher said both depression and the risk of suicide are preventable.

“[Depression is] a very treatable problem, and there are many steps that students and those who care about them can take to help prevent them from getting worse,” Kutcher said.

Murphy, interim director at CAPS, encourages students suffering from these issues to visit the CAPS central office at the Student Health Center.

“Students can come into our office to request services, and will be scheduled for an appointment or seen the same day if they are in crisis,” Murphy said. “There is a phone number and a website. When they get their initial appointment, a psychologist will talk to them about options of counseling and perhaps medications.”

Murphy encourages friends and parents to call the center to get consultation about how to help their friend or child.

“You can get better, and you’re not alone,” Kutcher said.

Jen Markam found that after getting help from a therapist and being on medications, her situation drastically improved.

“When I got treatment and found out that there were ways to get better, suicide wasn’t even an option anymore,” Markam said. “Every time I felt like I was having a bad day I would reassure myself because I had to be strong for the friends and family that love me.”

Markam recalls how she felt more comfortable with her depression after realizing that there are others who suffer from similar issues.

“Whenever I’d go to my therapist, I’d see other young people in the office who are waiting for appointments or just had one,” Markam said. “Seeing other people there that were my age made me feel more comfortable [being] there and reassured me that I was not alone in this battle.”

“It’s really significant to do awareness on campus around these issues,” Murphy said. “[There might be] embarrassment, there may be ‘I can handle it on my own.’ There may be feelings of stigma and not wanting to acknowledge that people have these individual problems. We can help students normalize that this happens with some college students so that they can reach out to get more help.”

There are support groups on campus that meet weekly. Murphy said these meetings can profoundly impact students suffering from depression. Students who go to these meetings have a chance to meet other young people dealing with similar issues.

There are more forms of treatment for depression, now more than ever.

“After going to therapy, taking medications, and having a strong support system, I feel as though I am on the brink of conquering my depression,” Markam said.

Treatments, therapy, support groups and medications all act as a ray of hope for those suffering with depression. These mechanisms can make their struggles with depression into victories.

Markam said: “Winning my battle with depression would be one of the greatest accomplishments of my life.”