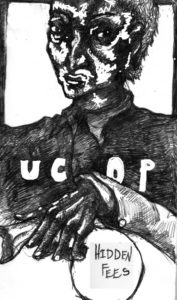 Fees, fees, fees. It’s the word that has been on every student’s lips these days. The University of California Office of the President has no plans to change that trend.

As UCOP continues to cut services and students become more reliant on measure money to keep those services, the regents are considering stealthily taxing new fees. For every new measure that gets passed, UCOP plans to take 2 percent of the fee. Measure fees are usually student proposed and are voted on by students.

For example, when the regents cut UCSC’s budget last year, the library was forced to trim its hours. Students passed a measure to pay extra and keep the resources available.

On Feb. 8, student regent-designate Alfredo Mireles Jr. said he didn’t even know about the tax, so obviously nothing has been done at the regent level on our behalf thus far. He did say, however, that the tax was unfair and that he would fight against it in the future. He has consistently brought the student voice — and vote — to discussions at the regents’ table, but the regents have still decided to increase fees.

If taxes are necessary — although fees have been raised enough — they should be kept within their local university and be used for projects that are tangible to the students paying them. If a UC Santa Cruz student has to pay more as a result of raised taxes, then why should those funds be used to save jobs or build new research centers at UC Irvine or UC Berkeley?

They shouldn’t. Taxes raised on campus should be kept on campus.