With winter quarter in tow, and more dark hours in the day than light, you’re going to need music that makes escaping into your mind — instead of the woods — more appealing. Here’s a small preview of a few ear-catching albums being released in the next two months that will keep your life bright through Santa Cruz’s dark seasons.

Some die-hard fans of Captain Beefheart, a cult experimental rock musician from the 1970s, have probably already heard the frequently bootlegged album “Bat Chain Puller.” But the fact that this album will be officially released 36 years after its planned release date is worth a mention. The album is due to release on the birthday of Don Van Vliet (also known as Captain Beefheart, who died in December 2010). The album is sure to prove a treat for those who have been awaiting it patiently, for this release will be properly mixed (unlike its predecessors) by members of Captain Beefheart’s accompanying ensemble, The Magic Band. This serves as a kind of poetic justice, seeing as the album’s release was delayed by disagreements between producers. Although Captain Beefheart isn’t what one might describe as “casual listening,” anyone with as experimental and open a mind as the master himself will undoubtedly enjoy his free and poetic approach to music. 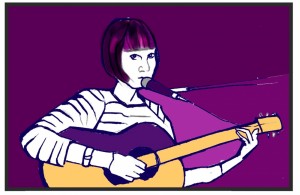 The undeniably adorable Cate Le Bon follows up her debut album, “Me Oh My,” with “CYRK,” due to release on Jan. 17. Her Welsh-accented singing voice evokes a sweet innocence simultaneously contrasted by wiry guitar and an old-school production. This album promises to be both pop-heavy and a bit quirky psychedelia, the kind of sound sure to trigger distant (or perhaps, in Santa Cruz, not-so-distant) memories of summer dress-wearing days. Le Bon has described her own music as “heady and highly personal, my own emotional observations on the impossibility of existence.” This artist is well-rounded, with an oddness that seems impossible to categorize. 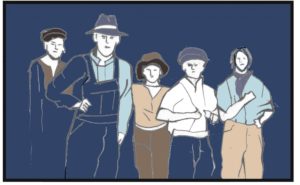 With the familiar voices of lead singers Toby Leaman and Scott McMicken and an added splash of psychedelic sound, Dr. Dog’s new tunes promise to be a groovy addition to the Dr. Dog canon. “Be the Void,” due out Feb. 7, will be the band’s sixth full-length album. If you’re already a fan, keep on keepin’ on. If not, do yourself a favor and check the new stuff out. They seem to have a way of getting to everyone’s eardrums in a pleasing manner. Lyrics are strong as ever, and this album seems like it will be a perfect combination of clean funk and rock. Dr. Dog will be performing a show in San Francisco just days after the release of the new album, on Feb. 11 at the Regency Ballroom. 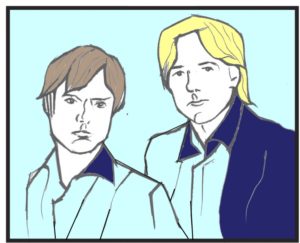 With music as light and ambient as the band’s name itself, Air’s new album “Le Voyage dans la Lune” resembles a trippy medley of funk, acid rock, psychedelic and electronic. The French duo originally premiered this collection as a score for Georges Melies’ 1902 silent film, “A Trip to the Moon.” The process of creating the 10-minute-long film score produced enough extra material for a full-length album to be released. If you like what you hear, check out the silent film as well — the two go hand in hand. This album will be a good one for those long hours of winter, and a lovely, white-noise-type background music for studying purposes. 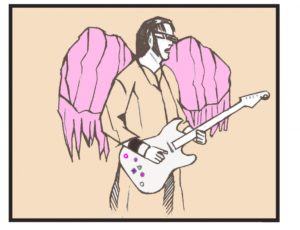 Having run the gamut of sound from quirky twee-pop to danceable electronica to funk-infused rhythms, Of Montreal’s frontman Kevin Barnes has said this new album is “moving in a slightly more 21st-century modern-classical direction.” With lyrics referencing philosophy, high art, film and literature, Of Montreal’s music will appeal especially to those also interested in creativity beyond sound. With a track list consisting of these titles, that should be pretty clear: “Gelid Ascent,” “Spiteful Intervention,” “Dour Percentages,” “We Will Commit Wolf Murder,” “Malefic Dowery,” “Ye, Renew the Plaintiff,” “Exorcismic Breeding Knife” and “Authentic Pyrrhic Remission.” Interpret as you will. 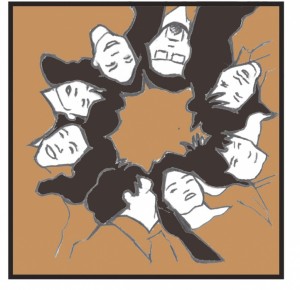 “Regurgitated psyched out dustbowl funk” is how the Phenomenal Handclap Band has been described in the past. Their new album “Form and Control” will be released on Valentine’s Day this year. Their already-released single “Following” has had a warm welcome in the music world, with sounds reminiscent of a combination between Chic, Fern Kinney and the Human League. Writer and co-producer Sean Marquand dedicated this song to the “energy takeoff in the room” at “a truly great dance party.” You know when you feel this thing at a party, and you know everyone around you is feeling the same thing? That is what this song is for. I’m sure, as winter often calls for spontaneous bedroom dance parties, we can all relate. 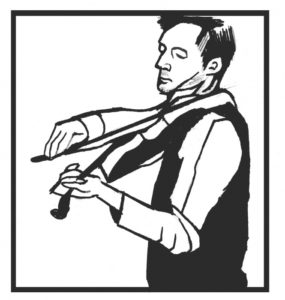 Although Mr. Bird has not given his audience much more to work with than a promotional video, a track list, and an album cover, “Break it Yourself” is expected to be an album as pleasant and multifaceted as his previous six solo releases. We might expect more of a raw sound out of him this time around — after all, the album was recorded at the Whistler’s Farmhouse in western Illinois. Much more can’t be said, although in a short clip Bird and bandmates rehearse a song very reminiscent of Iron and Wine, telling a fictional boy to “say something dumb,” surely leaves us hanging eagerly. This sound should be good for some serious, “enjoying the sunset alone” moments.