The Fallacy of Global Democratization 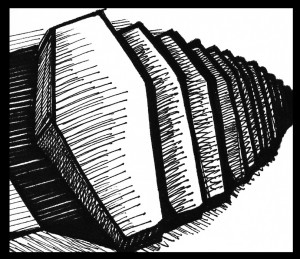 It has become the norm to think of democracy as the ideal — the sophisticated goal for which all civilization is best suited. For some nations, democracy has worked fantastically and little complaint can be raised about the ideals behind a government by the people. Other nations, however, are ill-equipped to carry out this ideal, and for them, establishing a democratic system of government is not always the answer. Democracy fails when it is established in absence of basic human rights that are elusive to indigent countries, and becomes dysfunctional when not properly run. When this happens, the safety of a country’s people supersedes the right to vote, and the elected government is only a source of harm perpetuating unrest.

Near the top on the list of troubled countries attempting democracy sits Pakistan. Since 2008, the country has operated under democracy’s banner with virtually no prospect of improvement in living standards to show for it. With a population of over 18 million people, about 50 percent live below the poverty line, making it the fourth worst country in the world to live in. Poverty, however, is not to blame for the entirety of the country’s qualms — ethnic warfare and botched democracy contribute, as well.

Ethnic tensions in Pakistan have now escalated such that medical facilities base admission upon race and will go so far as to refuse aid to those who are not of the “appropriate ethnicity.” The ubiquity of fear within major Pakistani cities like Karachi, a major trading port, cannot be ignored or understated. To attribute the terror to ethnic warfare alone would be a mistake.

Opposing ethnic gangs play their part in the city’s problems, committing acts more violent than shootings. People are abducted and tortured, their mutilated bodies later found in alleyways with the limbs and severed heads of racially targeted victims, evidence of the audacity of torture cells. Members of the cells operate without fear of ramification or punishment, as they boldly promulgate the carnage they commit by filming the torture on mobile devices, further spreading terror.

Even within their homes, the people of Karachi are unsafe. Incidents of “killing squads” entering residencies and murdering ethnically targeted civilians are now being cited.

A big chunk of the responsibility for the violence in Karachi falls upon political parties as they look to obtain greater presence. The Muttahida Qaumi Movement, or MQM, has historically maintained power along with the Pakistan Peoples Party, or PPP. The Awami National Party, however, now makes up most of the city’s population and is challenging that power.

As each party looks to gain political clout, civilians undergo increased threat from ethnic gangs, which are at the sole discretion of the parties. The objective of each party is greater political support, which of course leads to increased donations. That’s where the gangs come in. The gangs instill fear upon the people through horrific violence and, in return, receive the favor of those higher up on the political spectrum. To a citizen of Karachi, it would seem the only means of preventing ethnic gangs from terrorizing one’s family is to affiliate with a party, thereby providing greater power and influence to that particular party.

Karachi is a case in which democracy, in some twisted sense of the term, has become abused to the point that we are left to wonder if it would not have been better off as it was before. At least in a dictatorship, people were not so frequently killed as a result of “inappropriate” ethnic heritage. In struggling regions of the world, it may very well be counter-intuitive to establish democracy without also securing basic human rights, as it leads only to situations in which the negative effects of poverty can be exploited by those in power.

Poor metropolitan areas see higher crime rates and wider corruption in general. There are more criminals willing to commit whatever crime necessary to gain power, and the honesty of law enforcement is compromised by their less than substantial salaries. To put it another way: There is more to take advantage of, and less to get in trouble for. Syria, Libya, Egypt and other countries are all in the process of making an attempt at democracy, and have thus far been met with no real success.

One way or another, Pakistan and these other struggling nations exemplify that if you want democracy, you have to do it right.