She giggled over Skype as she applied bright red lipstick in the mirror.

She said what is considered “normal” must be rethought, to adjust the institution of pornography itself.

In Robinson and Wilson’s research, the sex workers themselves are rarely mentioned in the endless research conducted.

“I eventually want to do sex therapy, so I am finding a way to make sex OK for me, and others, outside of the context of the socially constructed loving relationship thing that I feel is blown out of proportion,” Savage said. “It’s not the only way to fulfill all of our sexual needs.”

Savage develops relationships and friendships with her customers, most of whom are regulars. On her website and over Skype, she tries to create a safe space for herself and her clients.

“[I’m] creating a space where someone can explore their sexuality in a healthy way without fear of me calling them gross or telling them it’s not OK,” Savage said. “I’m not in the business of telling someone that they are fucked up for feeling the way they feel. I think a lot of times people’s sexualities are influenced [negatively] by society.”

“Like other genres of our mainstream media and culture, pornography has a complex and multilateral relationship with our identities, relationships and practices,” Purcell said. “It can simultaneously reflect, reinforce and rebel against different aspects of our lives, attitude and behaviors.”

“The content of mainstream pornography is shaped by popular demand — by what people already say, do and desire,” Purcell said. “What we see again and again in mainstream pornographies — and in any other part of our daily lives — helps define our sense of the ‘normal.’ On a societal level, pornography is one of many modes of cultural expression that can impact our sexual identities, relationships and practices.”

Beginning with a job at Hooters in high school that led to stripping, her career ultimately blossomed into an invitation to the Playboy Mansion, where Hugh Hefner reviewed her portfolio. Reign feels empowered by her sex work. 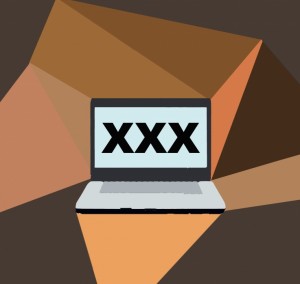 “I’m pansexual. I identify as queer,” Savage said. “I think the gender binary is a problem, and we need to be getting past it. I think every work in sexuality that I do that stresses that helps.”

“Pornography essentially trains men and women to be sexual consumers, not lovers,” Gilkerson said. “To treat sex as a commodity, to think about sex as something on-tap and made-to-order, it trains … viewers to desire the cheap thrill of fantasy over a committed relationship. The real problem with pornography isn’t that it shows us too much sex, but that it doesn’t show us enough. [Pornography] cannot possibly give us an experience of real intimacy.” 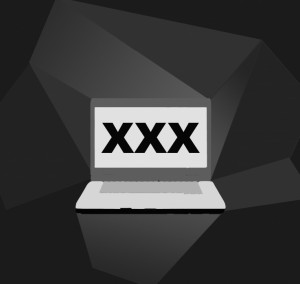 “Pornography is just the tip of a very ugly iceberg of unrealistic beauty standards imposed by mass media,” Gilkerson said. “If people are concerned about how the photoshopped models in standard advertising affect a girl’s self-worth, how much more should they be concerned about a highly-edited pornography film?”

For third-year Evergreen College student Willy Johnson* — who humorously suggested he be called by that name for the purpose of this piece — webcamming is simply a way to make money. He said the question of whether or not this makes him happy is a complicated one to answer.
“There is a lot of intellectually masturbatory discussion around sex work,” Johnson said.

“[This ignores] the actual, lived realities of the people who engage in it. Personally — and I want to stress the ‘personally,’ because I think the answer to this question is going to vary wildly from person to person — I don’t find it empowering, in the same way I probably wouldn’t find working retail empowering. It’s a way to pay the rent.”

That Johnson is transgender complicates this further: He lives his day-to-day life as a man, but cams as a woman.

“It is exceedingly surreal, in a way that veers between being flattering and being absolutely horrible,” Johnson said, “to be desired for a body that I would do almost anything to be rid of.”

While webcamming has helped Savage explore her sexuality, Johnson said it has not left much room for his.

“It’s played a role in exploring sexuality in general, though not necessarily my own,” Johnson said. “The work requires I pretend to be both female and straight, when I am neither. For me, personally, it’s very, very fake. It’s a performance that panders to the male gaze in a way that doesn’t leave any room for my sexuality as someone who identifies as gay and [transgender].”

Jessica Drake, Wicked Pictures exclusive contract performer, writer, and director, has been in the adult industry for over 10 years. In addition to being the creator and host of “Jessica Drake’s Guide to Wicked Sex” — a series of sex education DVDs that aim to make sex education sexier — Drake holds sex workshops all over the world, and brings her real-life experience to the table.

Drake has been in a relationship with a partner, who also works in the industry, for eight years. She said they never have jealousy issues, because they can relate to each other and understand each other’s jobs.

Drake said she is not strictly “acting” when she has sex onscreen. For that reason, she keeps a list of onscreen partners she has chemistry with.

“Some people may have a hard time accepting the fact that I really get off with the people I work with,” Drake said. “But to me, sex is something I don’t want to have to fake. If you’re not enjoying sex, and you’re really just going through the motions, whether it’s on-camera or off-camera, it requires a disconnect. I’m not willing to turn off that part of my body, or my brain or my soul.”

“Who feels degraded or empowered by which pornographies, within what contexts, and why?” Purcell said. “Certainly, there are many people who find the images, words and actions portrayed in mainstream heterosexual pornography to be hurtful and abusive, but you will also be able to find people — including women — who would shrug off the same content or find it titillating, empowering, even revolutionary.”