Chinatown: Then and Now

The streets of San Francisco’s Chinatown were alive with excitement on Feb. 11 as the traditional Chinese dragon paraded through the one-way streets that are home to more than 100,000 people, celebrating Chinese New Year.

The first Chinese immigrants arrived in San Francisco in 1848, and have since established themselves and the Chinese New Year as an integral part of the city. What many do not know,however, is that these large public celebrations once took place in Santa Cruz.

What remains of a neighborhood of Chinese immigrants and fishermen are Americanized restaurants and shopping centers. Woodstock’s Pizza, CVS and Cooper Street are just a few of the local installments now occupying land near what was the exclusive home of the Chinese during the mid-1900s.

The 1920s saw the greatest decline in Santa Cruz’s Chinatown population, as the predominantly male and elderly residents died of old age or returned to China, turning the once vibrant and busy neighborhood into a ghost town.

Due to waning population size and flooding, the last of the Santa Cruz Chinatowns died out by 1955. Since then, the gambling halls and early morning Cantonese greetings have disappeared and been covered up by modern infrastructure, bearing no resemblance to the Chinese architecture that used to stand in their stead.

By 1955, the floods discouraged the last of the Chinatown residents from remaining. The December 1955 flood proved to be the last straw, as the two remaining Chinese residents packed up and left.

The primary characteristic of Santa Cruz Chinatowns was old age, but this was closely accompanied by an absence of women.

Women were more or less absent from this particular Chinatown’s society, explains Sandy Lydon, a Cabrillo College professor and historian specializing in Chinese studies, in his book “Chinese Gold.”

“The percentage of Chinese women in Santa Cruz was the lowest in the Monterey Bay region,” Lydon writes. “The Chinatown [Front Street 1872-1894] consisted of 10 buildings housing 37 men [and] one woman.”

In the 1880s, Santa Cruz columnist Ernest Otto described Chinatown as having so few female residents he could name every one of them without hesitation. And indeed, during Otto’s lifetime, 22 of the 29 Chinese residents in Chinatown were male, with an average age of 59.

In modern times, the two major Chinatowns in the United States are located in New York City and San Francisco. The Chinatown in San Francisco many of us are familiar with today does not exactly resemble the long-gone and significantly smaller Santa Cruz neighborhood. This can be attributed to population decline and an elderly demographic.

Reverend Norman Fong, executive director of the community development center in San Francisco’s Chinatown, described the demographics of the neighborhood.

“The max number of elderly residents would be half [of the total Chinatown population],” Fong said. “On the fringes of outer edges of Chinatown, we have seen a 10 percent decrease in the Asian population as [Caucasians] come in.”

“Our Chinatown is thriving,” he said. 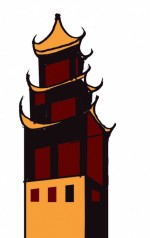 Part of the reason for Fong’s confidence lies in a 1986 Chinatown rezoning act prohibiting the demolition of old and historic buildings. It also restricted the construction of additional levels to existing buildings.

“Preventing the demolition of any buildings was the best thing we ever did,” Fong said.

Fong is concerned, however, that while Chinatown may not be headed for extinction, this may change in years to come.

Fong said that may soon change, as Chinatown is no longer the only Asian-American neighborhood in San Francisco.

“Folks that still want to come back to Chinatown live somewhere else and just come [to Chinatown] for education and cultural events,” Fong said.

The sheer density of the area makes it difficult for families to live within Chinatown. Single-room occupancies (SROs), make up 45 percent of Chinatown’s housing. SROs, like the title suggests, each consist of a single room sometimes housing families of over 10 people.

For some residents, living in Chinatown still has a significant appeal. Fong said the draw of Chinatown has to do with the strength of the community.

“There’s a strong community to keep Chinatown alive and well,” Fong said. “The seniors feel safe here — it’s a place where they can speak their language … we have a lot of seniors.”

Like dDong, many of Chinatown’s business owners believe something is changing, though they are not sure what.

The median household income in Chinatown is about $10,000 a year, one-third of the city’s median income. With numbers like this, some business owners face greater financial difficulty than they have in the past.

“[Business was] better in the beginning,” said Iey, a Chinese immigrant who knows only a few words of English and has worked at Chinatown’s Delicious Dim Sum for 12 years. “[Business is] not as good now,” Iey said. “There is enough to get by.”

Susan Wu, who has owned a jewelry store in San Francisco’s Chinatown for 22 years, said business is getting worse.

Chinatown does, however, create a market for tourists, bringing in over 20 million of them a year.

dDong runs successful tea shop businesses most often frequented by tourists. He pours his custumers an assortment of Chinese teas, each tailored for a specific purpose — some to cure a headache, and some a hangover.

There are teas for every age group, but the demographics of Chinatown are less diverse, dDong said.

In terms of people who actually live within Chinatown, there are few young people — no young Chinese want to live in Chinatown, dDong said.

The number of legal Chinese immigrants coming to the United States in 2010 was 70,863, a decrease from 2006, when the number was 87,307. In 2010, New York’s Manhattan Chinatown also showed a 9 percent decrease in population from 10 years earlier. That, however, only accounts for legal immigrants on the decline.n, dDong said.

Kim Lee*, who works in San Francisco’s Chinatown and lives in another part of the city, described how she attempted to legally enter the United States but was stopped and imprisoned by the Chinese government. Only after escaping from prison was she able to illegally immigrate to the United States.

“It is extremely difficult to come here,” Lee said.

Immigrating to America from China no longer has the same appeal it once had. China offers better, higher paying jobs and incentives to return — outweighing the reasons for staying in the United States.

Robert H. Austin, a physics professor at Princeton, said in 2008, “My postdocs are getting great offers [from China].”

According to The Atlantic, Princeton professor Shi Yigong was offered a prestigious $10 million research grant to return to China and become the dean of life sciences at Beijing’s Tsinghua University.

Yigong did not take the job, but the United States is offering less incentives to come here and more reasons to leave.

“When you talk about China, what you’re actually seeing is more people going back,” said Demetrios Papademetriou, president of the Migration Policy Institute in Washington D.C. “With the combination of bad labor conditions in the U.S. and sustained or better conditions back in China, increasing numbers of people will go home.” 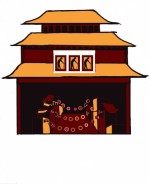 Recent years have seen a shift of immigrants coming to the United States for education and then returning to China.

“China’s technology industry is dominated by [immigrants who return to China],” according to The Economist.

This may prove problematic for the United States as the trend of temporary immigration to the country increases.

A recent study by Duke University showed that, while legal immigrants make up one-eighth of America’s population, they founded a quarter of the country’s technology and engineering firms.

The effects of decreased immigration would be strongly felt by the United States. In 2002, Chinese immigrants generated approximately $105 billion for the country, according to “Golden Venture,” a documentary on immigration.

dDong says it is the elderly who keep Chinatown’s history preserved, at least in San Francisco.

“I don’t know what will happen to Chinatown when the old people are gone,” he said.

dDong is confident, however, that some aspects of Chinatown do not depend on the elderly.

“You can’t find this anywhere else in the United States,” dDong said, gesturing toward the old, historic buildings surrounding him.

But people are not buildings — and they do not last forever. As the people who have made San Francisco’s Chinatown unique slowly die or emigrate, the question becomes, “What will happen to Chinatown’s future?”

Reverend Fong is not worried, but understands something will have to be done to accommodate a changing neighborhood.

“In the future, we will have to improve housing — increase the nightlife, or something,” he said.

Whatever challenges or changes Chinatown will face in the coming years, Fong said he is confident the strength of the community will persevere.

“We will never let Chinatown die,” he said.