“Would you consider yourself to be a member of the LGBT (lesbian, gay, bisexual, transgendered) community?” 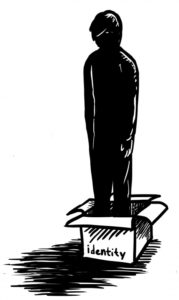 This was the question posed to applicants at Elmhurst College in Illinois last fall, making Elmhurst the first college in the country to inquire about sexuality on their application. Come 2013, California public colleges (meaning UCs, CSUs and community colleges) will join Elmhurst in asking a question long considered taboo — and although this signifies a huge step, it should not be left unexamined.

That this facet of a student’s identity is finally being given the same kind of consideration as things like race or family income shows progress on the part of California and higher education in general. As with many others questions that ask students to put themselves into an identifying category, answering is optional, and information will reportedly be used to track how colleges are serving the underrepresented queer community.

“It would be useful to know if we are underserving the population,” Jesse Bernal, the UC system’s interim diversity coordinator, told McClatchy Tribune Information Services. “[This] sends a positive message of inclusiveness to LGBT students and creates an environment that is inclusive and welcoming of diverse populations.”

The intentions are noble, and that the UC administration is aware enough to identify this need is a testament to the effectiveness of queer campus activism is something to celebrate — but that doesn’t mean there aren’t legitimate concerns to voice.

Whenever an institution tries to categorize living, breathing people, problems arise. Noticeable about the way Elmhurst phrased its question is that many subgroups within the queer community — such as intersexual, pansexual and even queer, among others — aren’t identified by name. By including only the more established sexual choices of lesbian, gay, bisexual and transgender, the question privileges certain sexual identities within the minority as being more legitimate than others. By only giving students the option of “yes, no or decline to state,” the application question reveals itself to be more about labeling than truly representing students.

This problem is comparable to one that has long plagued people of color when asked to state their race on a form — for some, it might really be as simple as checking one box, but others find the entire inquiring process reductionist. Asking about sexuality might prove even more complicated, as sexuality can develop and change over the course of someone’s life — and plenty of 17-year-olds applying to college have no idea where they fall, particularly if they’ve experienced sheltered or oppressive upbringings.

California is often looked to as a leader on social issues, and that doesn’t have to change in this case. Instead of asking a yes-or-no, conversation-ending question, state colleges should present an open-ended (still optional) prompt, such as “Discuss your sexual identity and how it has shaped your life thus far,” and give applicants space for a few paragraphs of response, if need be.

Compared to checking a box, a narrative prompt may not be as easy to calculate for statistical purposes, but it will send the message that California public colleges are inclusive, open-minded and aware of complexity.