In the original version of this story, city council candidate Pamela Comstock is quoted as saying, “There are very serious decisions that will be made in the near future that will affect our community for generations to come, and I think the younger demographic deserves a voice, I want to be that voice,” when in fact this quote belongs to candidate Jake Fusari.

Also, Jake Fusari is quoted as saying, “I understand the needs of students and am willing to do anything and everything to make sure they get the best opportunities both now and when they graduate. The future of our city depends on it,” when in fact this quote belongs to Pamela Comstock. City on a Hill Press apologizes for this mis-attribution. This post was updated on 10/16/12 to reflect this change.

The four seats that are up for election are currently held by Katherine Beiers, Ryan Coonerty, Don Lane and Tony Madrigal. Of the four, Lane and Beiers are the only council members eligible for re-election. Lane is the only current council member who intends to run.

All photos courtesy of the candidates.

Cynthia Mathews was the founding director, board member and public affairs staff member for Planned Parenthood in Santa Cruz from 1970 to 2006. She currently serves as an appointed member to the Monterey Bay National Marine Sanctuary Advisory Council. Mathews was first elected to city council in 1992 and served for a total of 16 years, including three one-year terms as mayor. During her 16 years, Mathews focused on the local economy.

“As a four-term council member [I] worked hard to promote economic development [and] retaining and attracting business to create good jobs.” 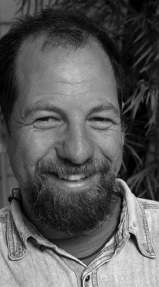 Micah Posner is running because he said his experience at PeoplePower, a local organization dedicated to promoting non-vehicular transportation throughout the city, and 20 years of community organizing will make him the best candidate. Transportation has been a major issue for Posner.

“I’ve been a real advocate for transportation. It made sense to focus on it because the solutions are healthy and wonderful.” 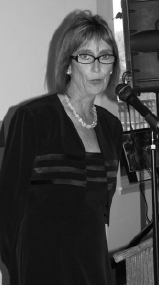 Cece Pinheiro has spent seven years directing a non-profit for special education families. She is an advocate for gay rights and has spent 15 years on the board of Santa Cruz City Schools. As a potential council member, Pinheiro believes in working toward new and creative projects.

“I am poised to develop innovative and challenging projects with city staff and the community at large. As a Santa Cruz City council member I will focus on sustainable economic development in the community.”

Pamela Comstock is a former business owner who founded Lollipops Boutique in downtown Santa Cruz. For the past three years, Comstock has been a secretary for the local rotary club and she is currently a Santa Cruz city commissioner for the Prevention of Violence Against Women and a board member of Take Back Santa Cruz. She has helped re-establish the local chapter of Parents, Families & Friends of Lesbian and Gays (PFLAG). She is also an advocate of students.

“I understand the needs of students and am willing to do anything and everything to make sure they get the best opportunities both now and when they graduate. The future of our city depends on it.” 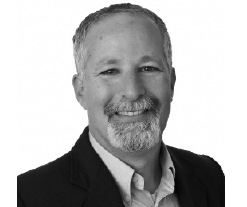 Don Lane
Incumbent Don Lane is the current mayor of Santa Cruz and is a graduate of UC Santa Cruz. He has made efforts to improve homeless services in the city and was one of the founders of the non-profit Homeless Community Resource Center. Lane also helped found Youth Opportunities, a non-profit organization that provides employment for teens.

“I’m…happy to be working with many folks in the community to support business and the arts, address social needs, and make our city a great place to live and work. I believe my record of collaboration demonstrates my continuing ability to serve Santa Cruz well.” 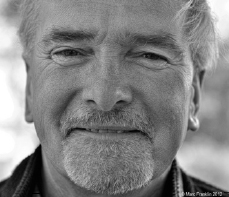 Steve Pleich is a former research lawyer who currently holds a position as a board member for the Latino Democrats of Santa Cruz County. Since 2006, Pleich has worked as a volunteer and freelance grant writer for the Santa Cruz AIDS Project. In 2007, Pleich served with the Walnut Avenue Women’s Center as a domestic violence victims advocate. Pleich was also a founding member of Santa Cruz Syringe Access. For Pleich, the big issue is voters feeling connected to their council members. 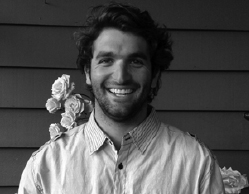 Jake Fusari is a 28-year-old, third-generation native of Santa Cruz who decided to become involved in local politics because he believes that the younger demographic should have a voice in the city council.

“There are very serious decisions that will be made in the near future that will affect our community for generations to come, and I think the younger demographic deserves a voice, I want to be that voice.”

An amendment to the city charter that requires voter approval for desalination projects. Desalination is projected to have extensive effects on electors and the community, and because of such far-reaching concerns, the decision of its implementation must first be approved by a majority of voters.

A measure to increase the transient occupancy tax rate from 10 percent to 11 percent. The 1 percent tax increase would go toward efforts to support local jobs, fire, police, parks and recreation and other essential city services. The tax would be levied on those individuals staying in local hotels and motels.

For polling locations, check out this website in the coming months:

How to register to vote online: http://www.votescount.com/rtv.htm

Link to the voter registration form: