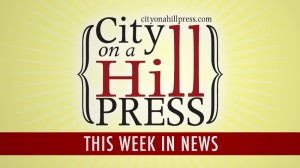 The Santa Cruz Local Agency Formation Commission (LAFCO) has rescheduled a public hearing concerning UCSC’s attempts to begin construction on roughly 240 acres of Upper Campus. The hearing had initially been planned for Nov. 7, but has been postponed until Dec. 5.

In planning for almost 10 years, the construction would demolish a large section of the forest in Upper Campus. It would also call for increased water usage for the campus. The result of the development would be two new colleges and the addition of a few thousand more students and faculty.

The county of Santa Cruz and some local non-profits have filed a lawsuit against the campus, prompting LAFCO to act as a mediator between these conflicting parties. Their hearing will decide whether or not to extend the water and sewage services of the city into Upper Campus, which is not currently within city limits. If LAFCO approves this service extension, construction will go forward.

Gary Patton, an environmental lawyer who represents the Community Water Coalition — a local non-profit dedicated to water issues in the city — has cited a few reasons for the meeting’s postponement.

“I believe that a number of factors may have played a role,” Patton said. “Relevant new information is coming out from both the city and the NOAA Fisheries and the Department of Fish and Game. Plus, having a major decision-making meeting the day after Election Day might have made it hard for various members of the commission to be as rested, ready and prepared as they would have liked.”

Patton also said one of the commissioners, Roger Anderson, was traveling the day of the originally planned meeting and was unavailable. Patton said Anderson is a key member for both sides of the debate and that his input is invaluable.

The postponed meeting will take place at 9:30 a.m. on Dec. 5 at the County Governmental Center.