In Defense of Arrogance 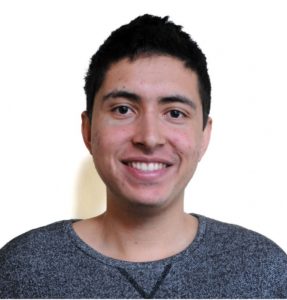 I often listen to speeches delivered by brilliant experts and aspiring revolutionaries who are venerated in their fields. Men and women who are respected because of the ideas they put forth, even as others vehemently argue against them. Audacious people who have the daring courage to radicalize and think without insecurity. People who value their intelligence. People who are arrogant.

The infamous Richard Dawkins gave tribute to this last idea quite eloquently when he quoted an editor from The New Scientist saying, “Science is interesting and if you don’t agree, you can fuck off.”

Personally, I have a deep love for the kind of attitude it takes to promulgate indecency of this sort to the scientific community. It provides something important, and sensationalist bathos aside, attitudes like this contribute to a core ingredient in what it takes to put one’s work out there.

It takes outright arrogance. And while certainly no one will praise Dawkins for his modesty, his superciliousness is met with resounding approbation on at least one front: he harbors no fear of putting his ideas in the ruthless realm of public debate. He tells us through action — here are my ideas. My ideas are right and, implicitly, a great deal of high-standing people who disagree with me have ideas that are wrong. Oh and might I add, if you don’t agree, you can fuck off.

There’s something to be admired about this kind of attitude despite Dawkin’s abject refusal to give serious consideration to other ideas and theories. This is to say that arrogance does not necessarily imply close-mindedness and false security. Arrogance is also the very notion that we think we have the capacity to learn, usurp dogma and further mount our limited foundation of knowledge.

Publishing material takes fierce independence and a sureness in who you are to not only have innovative ideas, but to tell other people about your innovative ideas. To put your work and your ideas in front of a public audience.

Is this not arrogance?

I think it was just about every teacher I had growing up who made sure to dedicate some time to preaching about how arrogance is bad, harmful to good society and detrimental to proper personhood.

These educators would then spend the remainder of class exultantly discussing authors who are nothing short of arrogant.

Hypocrisy is not important here, however.

What is important is the paradoxical avowal calling for a co-existence of modesty with the glorification of assertive authorship. Authorship that is born out of nothing less than a hyperbolic confidence in oneself.

These were brilliant authors, make no mistake, but egotistical authors who also saw themselves fit to put words down on pages for all to read. This is the trademark of anyone who chooses to spread ideas.

The justification here is usually that authors and individuals like this have a right to an inflated ego. The argument I’m making is that an inflated ego precedes the right.

Can you imagine Einstein, Newton, Berkeley or Nietzsche timidly opposing the tides of their times and meekly proposing groundbreaking theories that questioned and contradicted all currently held perceptions of the universe?

It took considerable ego and asking anyone to go out and do something big or significant or superlative while denigrating them for a lack of modesty is absurd.

I’ve spent a lot of time hearing about how belief in yourself will get you what you want. I think a more accurate and less euphemistic way of putting it is: to get what you want, you have to believe that you can do things better than other people.

At least in this way, no one is in utter denial of the ubiquitous lionization of arrogance.