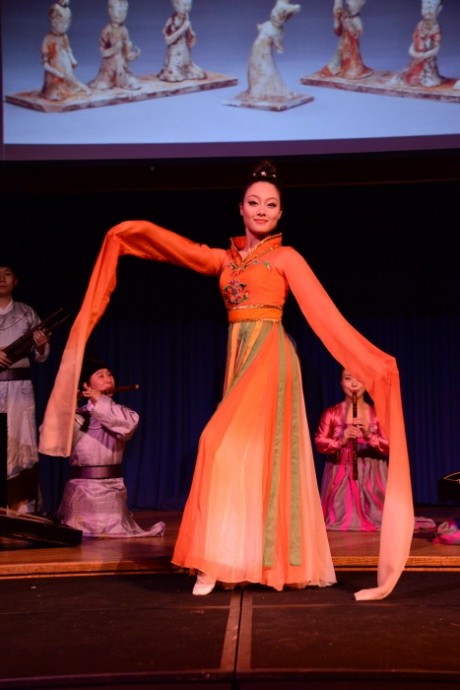 The beginning of the night was filled with replications of music relics that were excavated in Henan Province, the likes of them being: the bone flute, pottery Xun, bronze Nao with beast-face spiral design, chime stone Qing, wooden Se, banana-leaf shaped Qin, and chime bells.

Henan Museum of China held an entertaining intermission by having a Shaolin Kung Fu show, which is an example of one of the most influential genres of Chinese Martial Arts.

The final part of the overall performance was a short, musical play about the Chinese Lantern Festival, a tradition that symbolizes unity and perfection. It occurs on the fifteenth day of the first lunar month and is referred to as the Chinese Valentine’s day, being both romantic and poetic.