A typical play in basketball is when teammate one dribbles the ball, sending teammate two into a cut toward the basket before screening teammate three, who flashes past teammate four into the post, while teammate five cuts hard to the three-point line.

When the Santa Cruz Warriors officially relocated last October, fans wanted to see dunks, blocks and steals. Behind the scenes, however, few casual fans could expect the amount of data needed to run a professional basketball team.

“I have one guy who puts together spreadsheets of efficiency metrics [for players]” said Santa Cruz Warriors general manager Kirk Lacob. “We’re looking for a guy who has one elite skill that can translate to the next level.”

The team keeps figures not just on it’s own play, but for every team and player in the league. So far, this method has been reliable: The Santa Cruz Warriors have only lost one home game as of last Monday, the best home winning percentage in the D-league.

“It sounds crazy, but this our version of keeping up with other teams,” Lacob said. “We want to know them better than they know themselves when we make our moves.”

Statistical analysis usage has multiplied the past 12 years in professional basketball and is coming to the forefront with the Warriors organization. While the stats originally have roots in 1980s sportswriters like Bill James, their sophistication has accelerated with time and interest from professional sports teams. 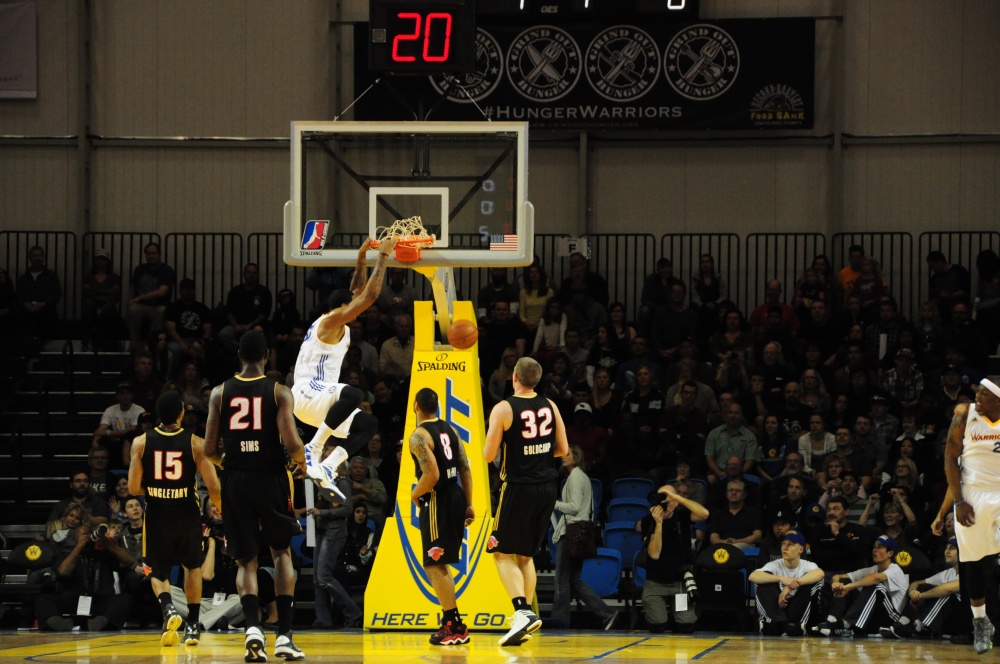 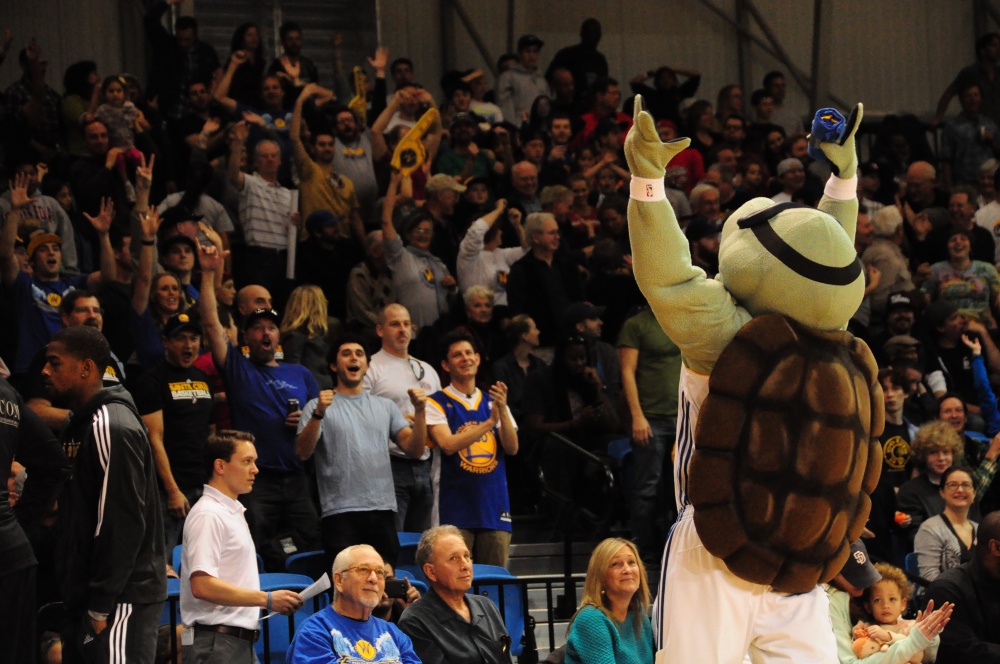 These statistics are collectively known as Association for Professional Basketball Research Metrics, or APBRmetrics. Their focus varies, but many of the newer statistics are about how efficient a player is or how well a player plays in a team setting, as opposed to their individual accumulation of blocks or points.

New technology has made efficiency statistics data more frequent. Lacob spoke of the Stats Inc. cameras released late in 2012 which take pictures and video of any spot on the court, slow the action down and then export raw data back as an Excel spreadsheet.

While these cameras have not yet marked the rafters of downtown’s Kaiser Permanente Arena because of their expense, Lacob believes the capabilities of these cameras to examine how players play may be too great to pass up on in future seasons.

“We could measure anything we want,” Lacob said. “The shot arcs of guys from the first to fourth quarters, how they play defense in specific sets — the possibilities feel endless, but nobody really knows what to do with them just yet.”

Lacob centers much statistical work on five man lineup analysis, a complicated mode which looks to find the most efficient lineup possible on the court in a given situation. This type of statistical analysis can often explain the difference between winning and losing succinctly.

Lacob mentioned his office’s interest in offensive rating and defensive rating stats, a pace adjusted stat which calculates the total number of points scored or allowed over the number of possessions in a game before being multiplied by 100.

The margin between the two numbers is called points margin per hundred possessions, a number many general managers find strongly correlated with winning, according to Golden State of Mind — a blog devoted to all things Warriors.

Lacob said that these numbers can be deceiving at times, without mentioning any of the other metrics his office calculates.

“It’s too easy to get tricked by a big jump or an outlier,” Lacob said. “We have to use a bunch of them, really.”

Lacob is the youngest general manager not just in the NBA developmental league, but in all of American pro sports at 24-years old. The recent Stanford alum believes his youth and education grants him an interest in taking risks some of his elder peers aren’t inclined to make.

“I grew up in the ‘Moneyball’ era of sports in the Bay Area,” Lacob said. “I’ve been fortunate to grow up when I did because technology has revolutionized the industry around me. That book was extremely influential.”

Fans have flocked to efficiency metrics as they become more popular. RealGM.com — a San Francisco based new media sporting news site —has found that hoops heads prefer their hard stats to go along with their daily digestion of dunks.

The site began as a startup on internet message boards and grew as a place where fans could check out which NBA trades were possible under the rules of the salary cap. However, the site has grown to include a wide variety of specialized basketball news and statistics, including D-league analysis and a blog devoted to testing out stat calculations and theories.

Lacob said RealGM.com is a good place to find smart analysis of the evolving statistics. Santa Cruz Warriors head coach Nate Bjorkgren believes Lacob  sends a strong message with his interest in finding better math equations to explain what goes on in a game.

“Most of Kirk’s statistic match up to what I see on the court, but i’m inclined to listen to him when he shows me that a guy is producing really efficiently in a more limited role,” Bjorkgren said. “Usually, that’s when we have the best basketball conversations.”