From Pixels to Print 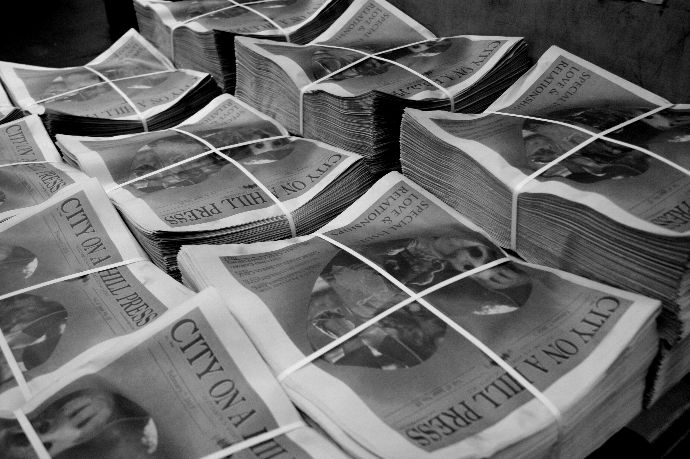 Behind a towering forest of 50-foot tall rolls of paper, the soft droning of the Goss Community Press Machine materializes thousands of newspapers shooting out of the Count-o-Veyor, landing hot off the press. Smells of petroleum and metal breeze through the 50,000 square-foot warehouse, giving the notion that this is no ordinary job. 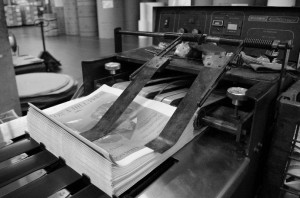 At the employee-owned Fricke-Parks Press in Union City, producing thousands of newspapers and printed materials is a truly unique craft only a small percentage of people are privy to. With the decline of print newspapers and transition to digital news, the art of newsprint may become obsolete within the next decade.

However, despite the threat to print publishing, Fricke-Parks has continued to thrive in its production. The press has produced papers for publications around the Bay Area for 40 years, and today, prints our very own 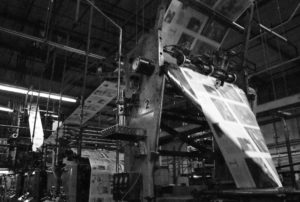 City on a Hill Press, as well as other publications based at UC Santa Cruz like Fish Rap Live!, TWANAS and Disorientation Guide.

Before hitting the stands and landing in the hands of students, morning commuters and other readers, production begins as a digital file sent in by media organizations during their respective crunch times. Prepress supervisor, Fawad Popal, receives the files to evaluate and modifies the digital files for the printjob. As an employee of 13 years, late nights waiting for deadlines is nothing new. With work days starting at 1 p.m., Popal knows the ins and outs of proofing, and 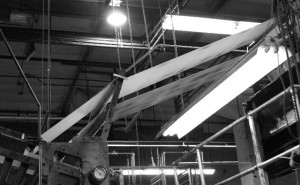 shifts back and forth between a row of five computers checking for submissions of files. From Photoshopping images on the computers to developing aluminum plate images in the dark room, Popal plays a key role bridging the lines of production on both ends.

On the night our team attended Fricke-Parks Press, press operators Orlando Aguilar (pictured above) and Maria Napoles worked in conjunction with Popal during the graveyard shift on the large, bustling Goss Community Press Machine (pictured in middle),

checking that the large rolls of paper and Cyan-Magenta-Yellow-Knoir (black) units are functioning correctly. A dangerous and dirty job, Aguilar worked rapidly, swinging from metal bar to metal bar while feeding the paper through the drippy ink units. After three runs of lackluster proofs, and hundreds of faulty issues recycled, the final vibrant copies of the newspaper were printed, counted (pictured at bottom), stacked and ready to be distributed in the morning hours to come. 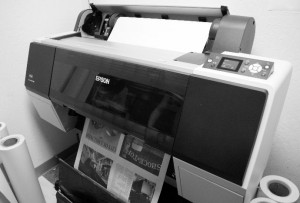 Despite the late night shifts where staff remain until the early morning, with fumes of oil and ink permeating the factory floor, Fricke-Parks is a community. The employees work in the best interest of each other and put in an incredible amount of work week after week to create pages of history.