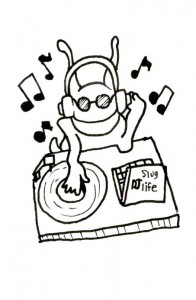 “Mendelsohn’s Incessant Visions” — Award winning filmmaker Duki Dror explores a star-crossed love affair between a young cellist and a gifted architect in a documentary spanning through two world wars. Lead characters Erich and Louise Mendelsohn erect buildings and design houses in Berlin down to the evening wear within them. After the Nazi regime takes power, they are forced to abandon their lakeside home forever. Skipping cities and skirting the authorities in equal measure, the Mendelsohns leave behind a historical account of timber and concrete, turning the tides of modern architecture while crafting an autobiographical chapter in the story of war-stricken Europe. Dror will be present at the screening for a post-film Q&A. Admission is free and open to the public.

Entertainment:
Blackalicious — Gift of Gab and Chief Xcel light the lyrical fuse and let it flow for a chemical change in Santa Cruz’s underground rap reserves. Cosmic musical radioactivity glows in every element of Blackalicious’ conscious hip-hop with a constant style to match, so don’t sleep on this one. These Bay Area legends concoct a poetic potion that sizzles in the spoonful and goes down like a remedy not like your average prescription. $15 in advance, $20 at door.
Events:
Slugfest 2013 — DJs Sam F, Jayko and T-Mass scorched an “ICED OUT” Catalyst Atrium to its face-melting point in a sold-out event this month and are again assuming key positions at ground control to guide our earthly souls to the dark side of the EDMoon. This time, the electro engineers return to the fold for an annual benefit dance that will support UCSC philanthropy organization Slug to Slug ­— a group that fosters a sense of campus community for incoming freshmen — with a suggested donation of $5 that will go directly to student scholarships. Admission is free to UCSC students with ID.