“Peer Gynt” in a Digital Age

For a play that was first performed in Copenhagen in 1876, “Peer Gynt” — and its eponymous lead farm boy with a serious case of wanderlust — has some surprising staying power.

Written by Henrik Ibsen, the play is five acts of rhymed Norwegian verse, clocking in at around five hours when performed in its entirety. But don’t let that intimidate you — it’s a classic.

“It’s the Nutcracker of Norway,” director Kimberly Jannarone said. “It’s the ‘to be or not to be’ of Norwegian drama.”

Ibsen’s most popular work, the play has been in constant production around the world since its early days in Copenhagen, but the playwright’s blatant disregard for the conventions of stagecraft poses some issues. Moving freely in time and space among realism, fantasy, the conscious and the unconscious is a challenge for traditional theater and forces many productions to make sacrifices, some as large as cutting the entire fourth act. But Jannarone had a better idea.

After working with Digital Arts and New Media students on “Stop the Press!” in 2010 — an elaborate production about the rise of digital media — Jannarone had the idea to incorporate visual artists into the play’s dizzying Act IV, granting her the freedom to produce the play of her dreams.

“I’ve always wanted to do this play but it’s a monster of a production,” she said. “Then I had the idea to incorporate installations in the Digital Arts Research Center [DARC] and it all started to click.”

The first three acts will follow a more traditional structure in the Experimental Theater as the character Peer copes with the cruelty of his conformist surroundings and struggles to maintain his individuality. In the fourth act, all hell breaks loose when the audience heads to the DARC space to explore shipwrecks and asylums before returning to the theater to see the conclusion of the play.

“In the DARC space, the audience can pick and choose what they explore,” Jannarone said. “They don’t have to see everything to understand Act IV, but it has a real sense of adventure and we wanted the audience to feel adventurous, too.”

With two venues, actors, visual artists and musicians, “Peer Gynt” is a project that requires a village. While Jannarone oversees the whole of the production, many decisions regarding specific details fall in the hands of numerous producers and curators working together.

The associate producer of the play, Brandin Baron-Nusbaum, heads the Concept Design Group, a team of selected graduate students and undergraduate theater and art majors who have been participating in what sounds like a theater design reality show since March 2012. 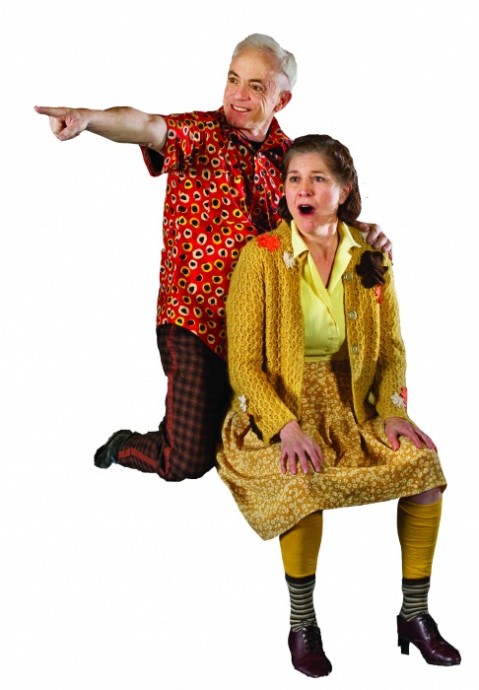 “Every week we would have a design challenge, then come together and talk about what solutions were produced and other ways to solve the problem,” Baron-Nusbaum said. “In spring, we were just putting ideas on everything. In fall, we were really editing and cutting back, paying attention to when the work needed to be visual and when it just needed to be heard.”

Despite the fact that the play is nearly 150 years old, its themes continue to speak to the contemporary moment and resonate with the collaborative creative process shaping its newest incarnation. “Peer Gynt” is a play about adventure, individuality and redemption — but at its core, it is a celebration of the artistic spirit. It is art about art and an ode to those who dare to be different. Baron-Nusbaum said this idea rings as true today as it did in 1876.

“Artists, writers, anyone who chooses to pursue a different job is taking a risk, taking a big gamble on life,” Baron-Nusbaum said. “And that’s important to talk about.”

Peer Gynt runs March 1-3 and 7-10, at the UCSC Experimental Theater (performance moves to Digital Arts Research Center midway through the play). Shows begin at 7 p.m. (Sunday matinees at 3 p.m.). “Peer Gynt in a Digital Age,” an international conference of scholars, designers and dramaturgs, will take place March 8, 9 and 11 to discuss the history and adaptation of Ibsen’s quintessential work.