DJ Sam F performs at The Catalyst before E-40.
Campus

Behind the Beats: Q&A with DJ Sam F

City on a Hill Press got the chance to visit DJ Sam F, a fourth-year student at UC Santa Cruz who has a talent for producing and performing electronic dance music (EDM), at his home studio on Western. He is a part of the electronic music minor program at UCSC and has opened shows for many larger artists such as Krewella, Zion I, Crizzly and more. He currently has a residency at MOTIV SC nightclub every Thursday night.

City on a Hill Press: When did you first start producing music?
DJ Sam F: I started producing when I was 16. I used Garageband at first and then I used Reason. It was mostly hip-hop back then and I kind of rapped. It was pretty silly.

CHP: How did you get started producing at UCSC?
DJ Sam F: One of my friends from high school, Lucky Date, talked with me about being producers and making it a career. He kind of inspired me to get back into it. I took a class at UCSC on Logic the end of my sophomore year and since then I’ve been in Logic. For the past two years I’ve been producing EDM, but I wasn’t good at first. It took a while before
I liked the end result.

CHP: What types of EDM do you produce?
DJ Sam F: Dubstep, electro-house and “hip-hop step.” I’ve done a bunch of remixes that are about 100 beats per minute. People really like those but I don’t want to pigeon-hole myself into a “remix genre” of what I do. I’m working on my EP now and it’s going to be electro. I also work on some glitch-hoppy, rap influenced EDM.

CHP: What other artists/genres influence your work?
DJ Sam F: Definitely Porter Robinson and Lucky Date. Skrillex has been a huge influence — his music has been super innovative and he started the whole “brostep” genre. People hate on it but I love Skrillex and I’ve always considered him as one of my favorite artists. I’m influenced a lot by the hyphy movement because I grew up in Berkeley, so you’ll find rap things [in my music] that allude to Bay Area hip-hop.

CHP: How would you describe your musical style?
DJ Sam F: It’s pretty complex. I do resampling — crazy techniques of making my sounds. I’ll program a synth, bounce it to a new file, edit it again, re-compress it and add more effects. Really complex, glitchy sort of sounds.

CHP: How long do you usually spend on a single track?
DJ Sam F: It depends. A hip hop remix I could do in two days, sometimes even a day. Originals I like to spend more time — really go back into fine detail and find everything that I do like, until I have a final product I can say I’m really proud of.

CHP: What is your process when starting a track?
DJ Sam F: Before I can do anything I need to clean my room, it’s like a weird OCD. If my bed’s messed up, in the back of my head, I’m like “I can’t produce.” Then I’ll usually start with drums or a sample and then layer it. I usually start with drums, then go to build, then drop.

CHP: What is your favorite part of performing?
DJ Sam F: I’m really into the vibes. When I drop a song and everyone is stoked, that’s the best for me. I just get really excited and I jump and see the crowd’s appreciation. Especially when it’s an original. So definitely “vibing” off the crowd.

CHP: What was the strangest or most interesting thing that has happened to you at a show?
DJ Sam F: This isn’t strange, just really unfortunate. There was a really drunk girl at MOTIV, and she came up and was lingering next to me in the booth. I asked if she could please move and get out of my space but she was like, “No, f*** you.” Then I was like, “Security, can you please tell this girl to leave?” Then she goes to the crowd and finds her boyfriend. They come up and then close my laptop and the music stops and I was like, “Security, get them.”

CHP: Is producing and performing music something you intend to pursue as a career?
DJ Sam F: Definitely. After I graduate I’m planning on moving to LA to network down there. It’s all about coming up with original music. I have a release on Universal Republic — I did a remix of The Lonely Island’s new song “Yolo” that comes out on Saturday.

CHP: Do you have any advice for up-and-coming producers?
DJ Sam F: Dedicate yourselves to it. It’s really hard and takes a lot. But if you’re committed to spending three hours a day, everyday — no exceptions — for like a year, then it’s definitely possible [to be successful]. I haven’t made it yet myself, I’m on a path to hopefully succeed. But it takes dedication and full commitment.

Sam’s music is available online on his SoundCloud and Facebook.
soundcloud.com/djsamf
facebook.com/djsamf 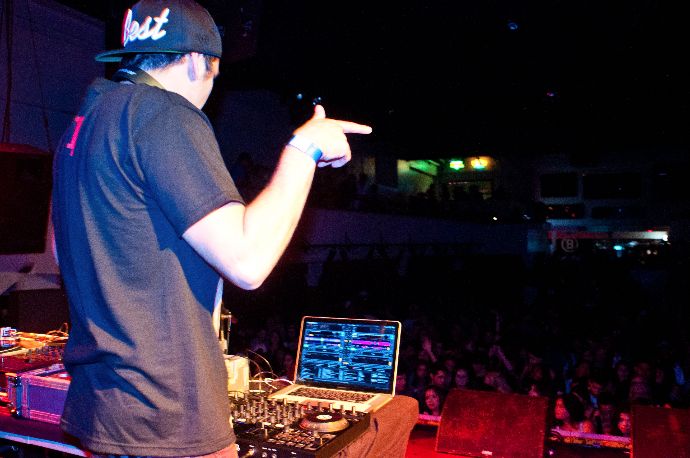 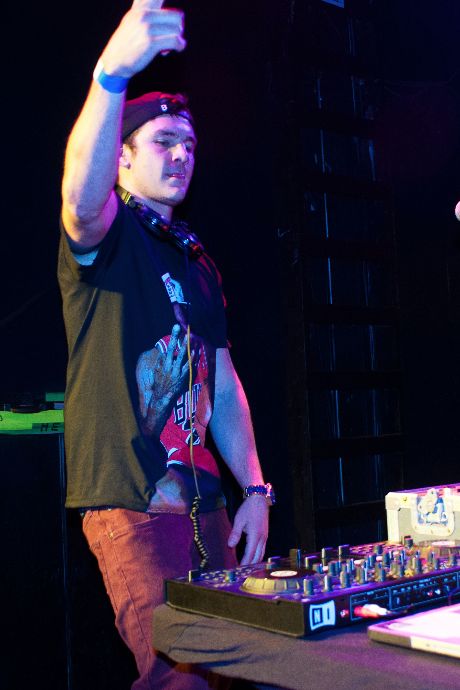 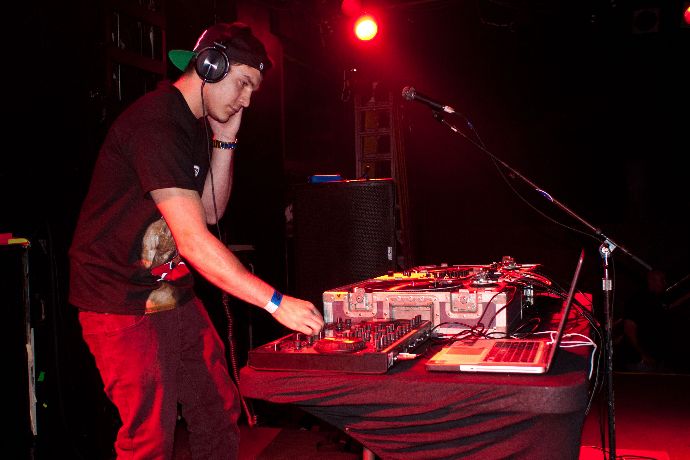 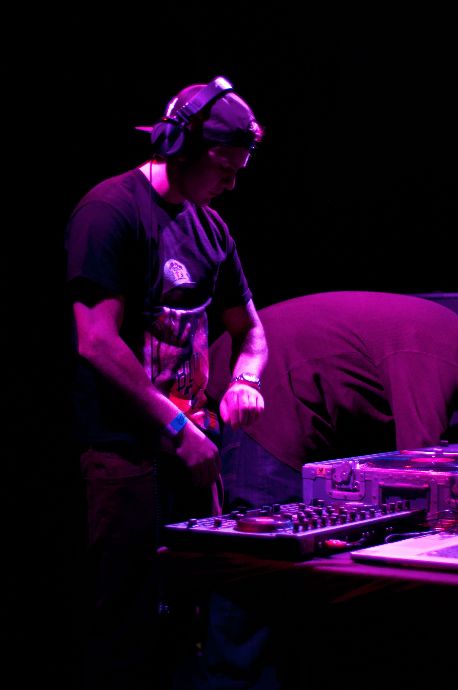 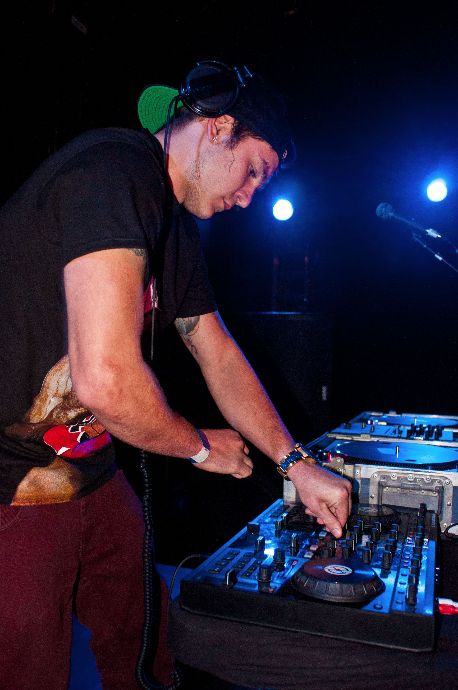 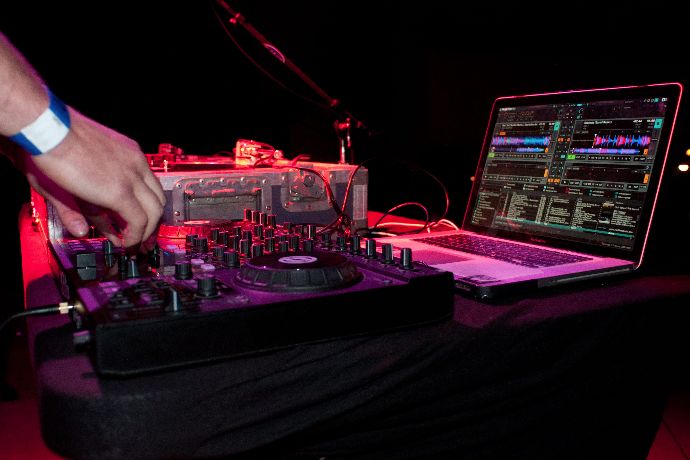