Through Our Lens: Into the Ravine

Though I primarily spend my time on campus editing, I occasionally jump at the opportunity to take photos of news stories that come up on short notice. One such opportunity arose after a campus fire was unfortunately set by an arsonist in early October. Despite never finding what I had set my sights on, I found a trove of other treasures in the lesser-traveled realms of the campus wilderness. This adventure reminded me of my early days living on campus, when I took the time to explore its beauty everyday. The interesting things I found left me with a renewed sense of the importance of taking time to enjoy nature. 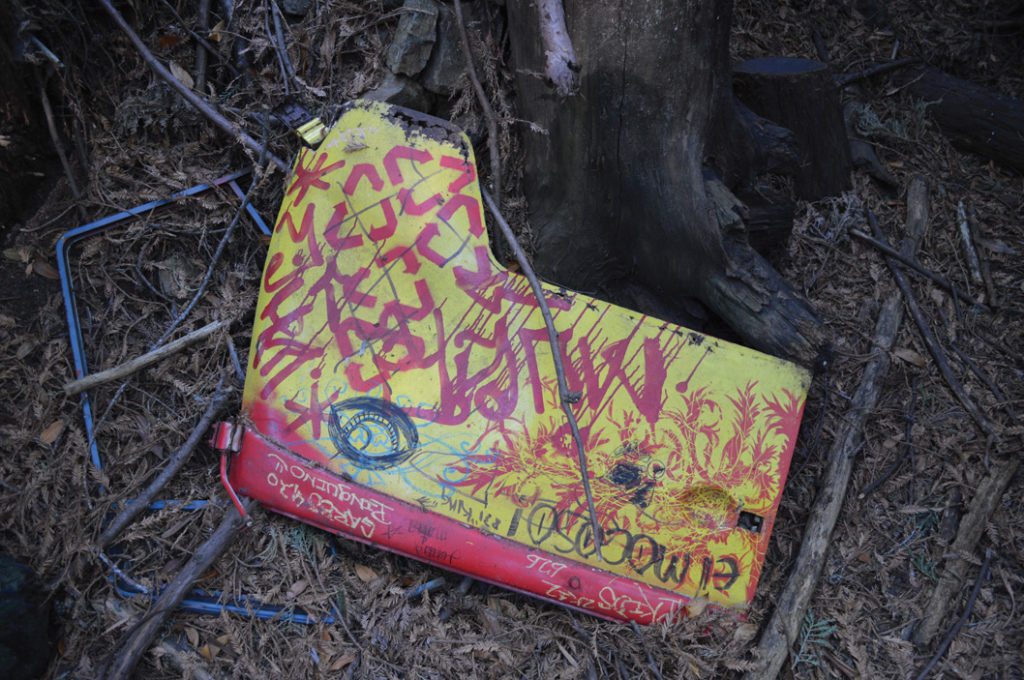 This painted car door was found under an awning made of sticks similar to the one in the photo below. It is now covered in ash from a subsequent fire.

A sleeping bag, appearing abandoned for months, rested underneath a separate awning. These structures were a common occurrence. 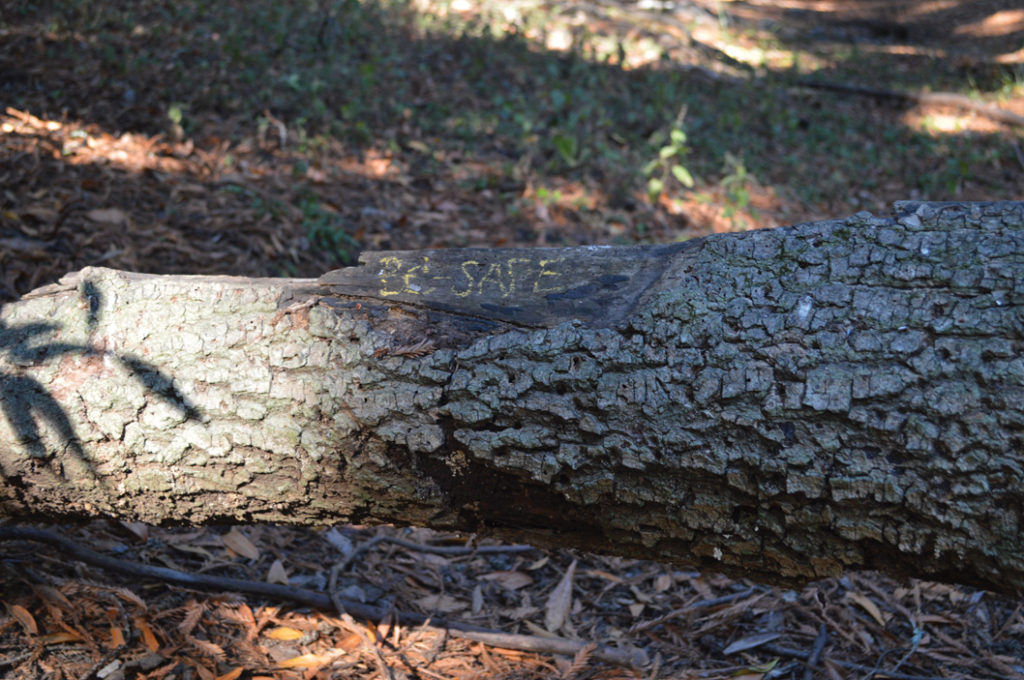 I almost tripped on this log, rather ironically, given the “BE SAFE,” scrawled onto it. Explorers of the untamed portions of campus would be wise to heed the above message. 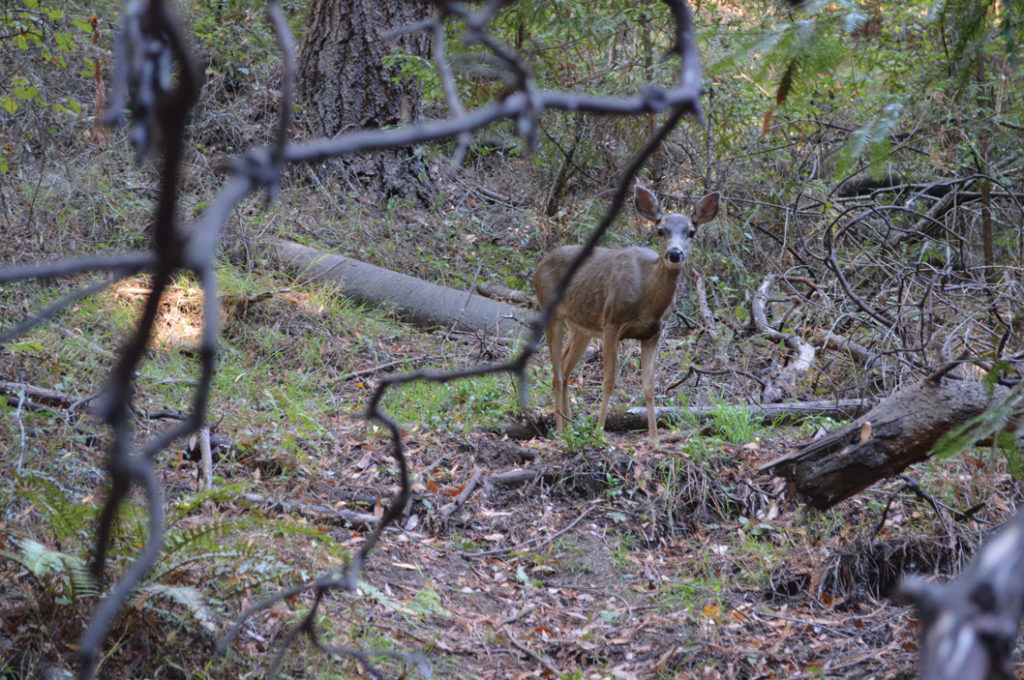 A deer peeked curiously from behind a fallen tree, as though it was not expecting a visitor. 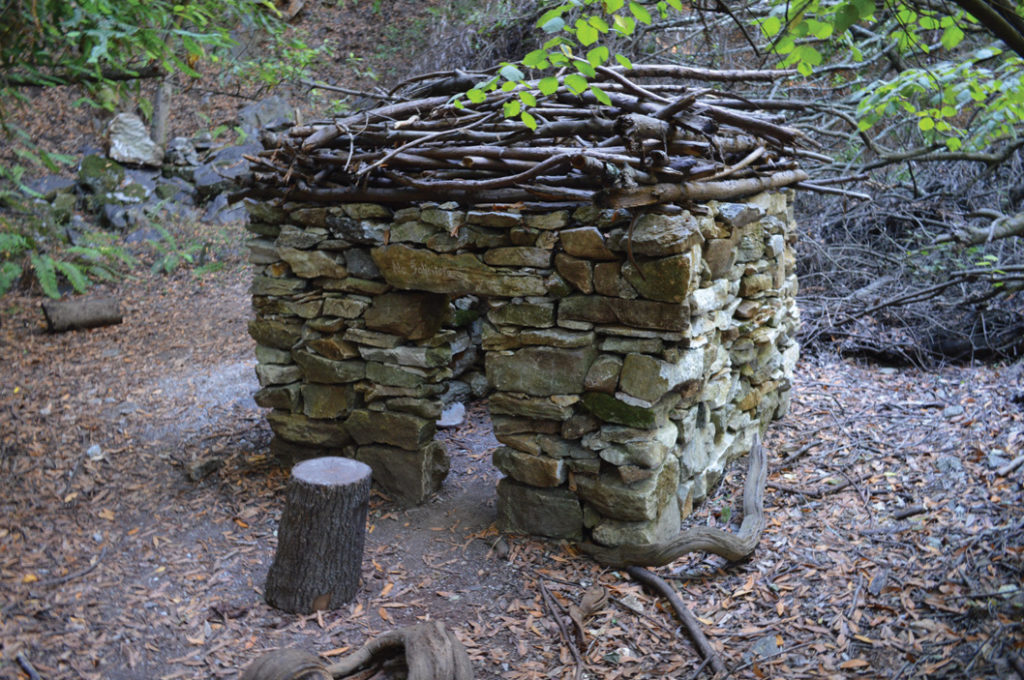 This hut made of rocks and sticks was one of the most surprising and  unexpected finds of my journey. Inside, there was a candle and a bundle of aromatic sage.

“No Solicitors,” casually engraved above the entrance of this stone hut, serves as a request by its creators to respect its place within nature.

Through Our Lens: Skyscraper National Park

Through Our Lens: The Power of the Student Voice

Through Our Lens: Gallery Wall
The cracked finishes and curled edges of my childhood

Through Our Lens: Mardi Gras

Through Our Lens: Embarcadero