Starting next month, Santa Cruzans must abide by increased restrictions on water usage or face penalty fees of up to $500.

Despite increased city rainfall levels in February and March, Santa Cruz is still under extreme drought conditions. Without a water rationing system, the city anticipates the Loch Lomond reservoir capacity levels to drop down to 33 percent by October.

The decision to transition the city to water rationing was first made by the City Council on Feb. 25 and is set to begin May 1.

City Council’s decision was based on the city Water Commission’s input from Feb. 3, which recommended the city skip over a self-declared stage 2 water shortage emergency and transition directly into stage 3.

There are four stages to classify water shortage. Stage 1 is based on the pretext that a city has enough water to adequately meet its demands for a few years.

As the scale increases, it is estimated the city has less water to sufficiently perform all tasks. Stage 3 assumes water levels will not meet the current year’s needs and mandatory restrictions are initiated with penalties for overuse.

The city is requiring residents to make adjustments, such as cutting showers to five minutes, immediately fixing leaks and stopping landscape watering between 10 a.m. and 5 p.m. If not, Santa Cruz residents will have inflated bills to look forward to.

In addition to a list of fines for violating outdoor water restrictions — ranging from written warnings to $500 charges — the city is prepared to charge amended rates for every additional 100 cubic feet (CCF) a household uses, equivalent to 748 gallons.

City officials hope Stage 3 can cut the city’s current per capita water use down from 95 gallons a day to 60. Single family residential accounts are based on the assumption of four residents per home and are given a monthly allotment of 10 CCF per month, breaking down into 249 gallons per day.

When asked how many residents currently go over the allowance, Toby Goddard, the city’s water conservation manager, said “6,000 out of 19,000 total [single family residential] customers, roughly one-third, go over the limit.” 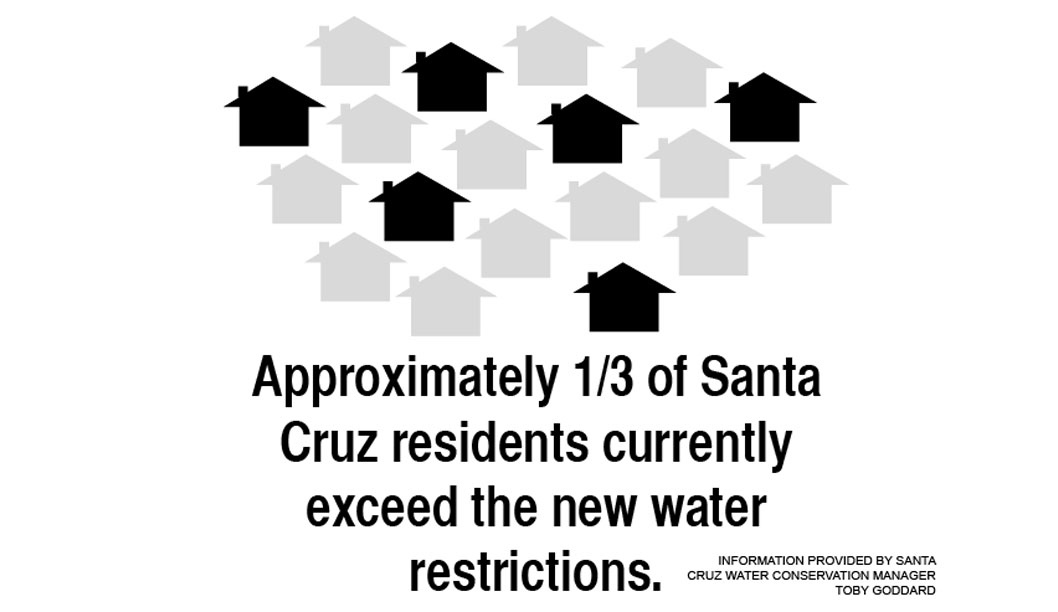 For households with more than four people, installing water saving devices is not enough to ensure residents remain inside the quota.

“If a household has more than four people they come in and get an additional allotment that maintains the rate at 60 gallons per person per day,” Menard said, addressing multiple renters in one home.

She recommends off-campus students communicate with the Water Department concerning the number of residents in their home before May to avoid unwarranted charges.

As of April 1, all of California was under some classification of a drought, according to the Agricultural Department. At that time, the Loch Lomond reservoir had 1.93 billion gallons, 67 percent of its capacity.

For the 2013-14 season, Santa Cruz only received 43 percent of its accredited long term natural average rainfall, and 13 percent of its ground water runoff, according to the Agricultural Department — a small rate considering Santa Cruz’s rainy season is over until October.

Scott McGilvray, a water conservationist and member of the public, created an online spreadsheet that he hopes will force residents to interact with their water use more critically and act conservatively.

“The biggest hurdle to conserving water is getting people’s attention,” McGilvray said.

In an effort to quickly capture people’s attention in regard to their water use, the city ended bimonthly billing in March. Now residents can more quickly view their usage data and curtail their water use promptly.

“[The] ending of bimonthly bills is to stop people from having a leak for 60 days and simply not know about it,” Goddard said.

Additionally, Menard pointed out that many residents in Santa Cruz don’t even pay their own water bills due to agreements with landlords, prohibiting them from knowing how water they use compared to the new limit.

Goddard stresses that residents need to act conservatively now because city officials don’t know for certain how the conditions will evolve. Part of City Council’s agreement to initiate stage 3 allows for the future implementation of more severe limitations if the city’s water outlook doesn’t improve.

“What we’re really managing this drought for is to have enough water in case it drags on to next year,” Goddard said. “We need a little cushion in case something happens we don’t know will happen.” 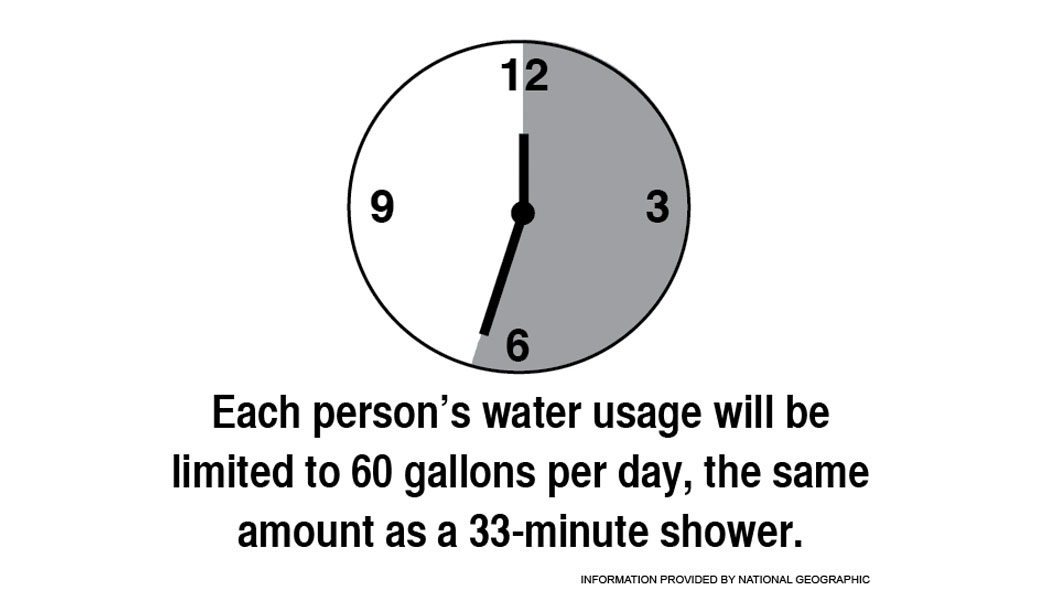