The last time I went to the Philippines was in 1996. I was two years old, so naturally, I don’t remember much. But after 18 years, I went back for spring break to visit relatives I had never actually met. We spent most of our time in and around Manila, but we also visited Barrio Tubigan, the small village, or “barangay,” where my mom grew up, and Tacloban, the town hit by Typhoon Haiyan last November. These photos are a mix of images of how people are recovering after the storm and of daily Filipino “buhay” — life. 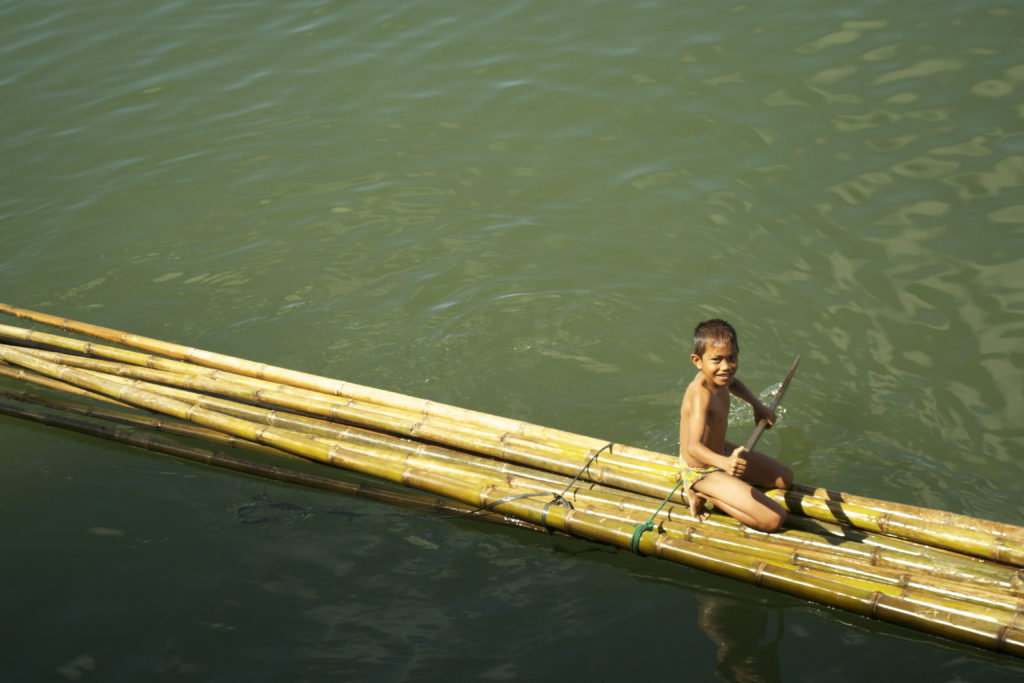 Antipolo, Rizal Province — A boy paddles past on a bamboo raft.

Antipolo, Rizal Province — My uncle pit his two roosters against each other on the concrete rooftop of an unfinished apartment building. Cockfighting is frowned upon in various parts of the world, but in the Philippines, the sport is legal. 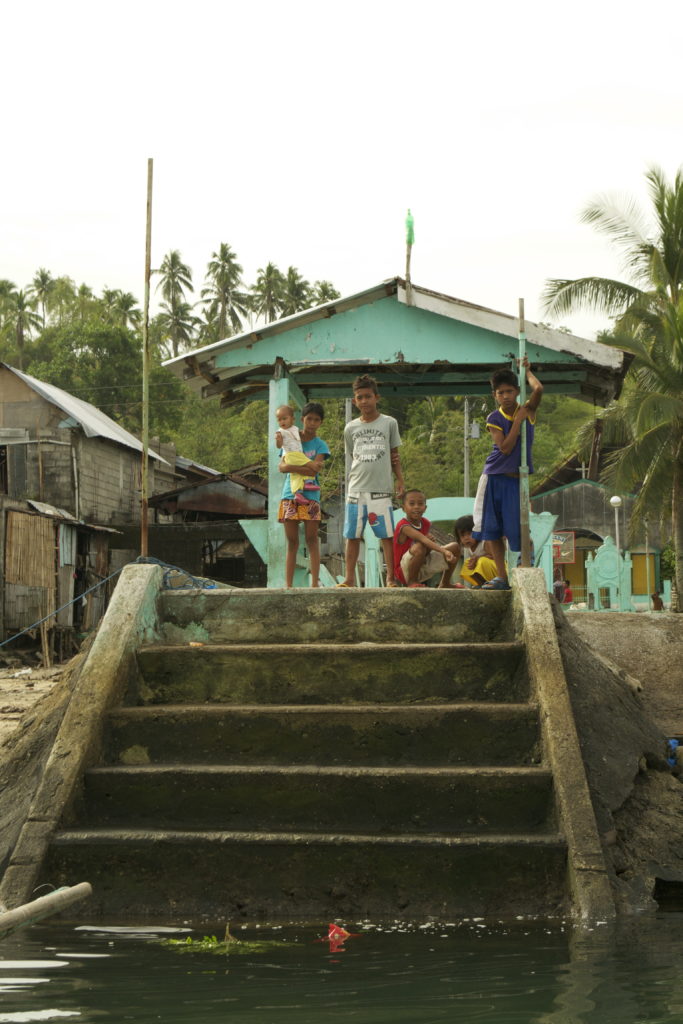 Tubigan, Samar Province — After a 45-minute boat ride from Catbalogan, my family and I arrive at the village of my mother’s childhood. We are greeted by the welcoming committee pictured here, who, upon seeing my stepdad, admit they had never seen people who were “puti” — white — before. 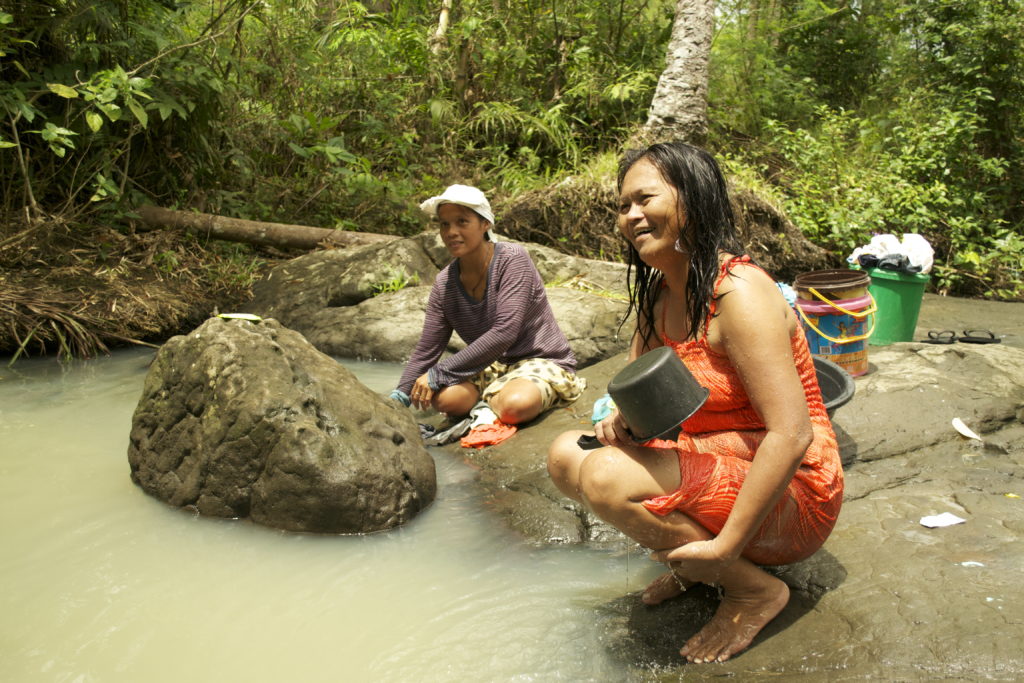 Tubigan, Samar Province — There is a river (or sapa) that runs through the island where people go to wash their clothes and bathe. The woman on the left was carrying travel-size packets of Tide detergent.

Tubigan, Samar Province — Many people who live on Tubigan catch fish near the shore then sell their fish at various marketplaces, which they can only get to by boat. 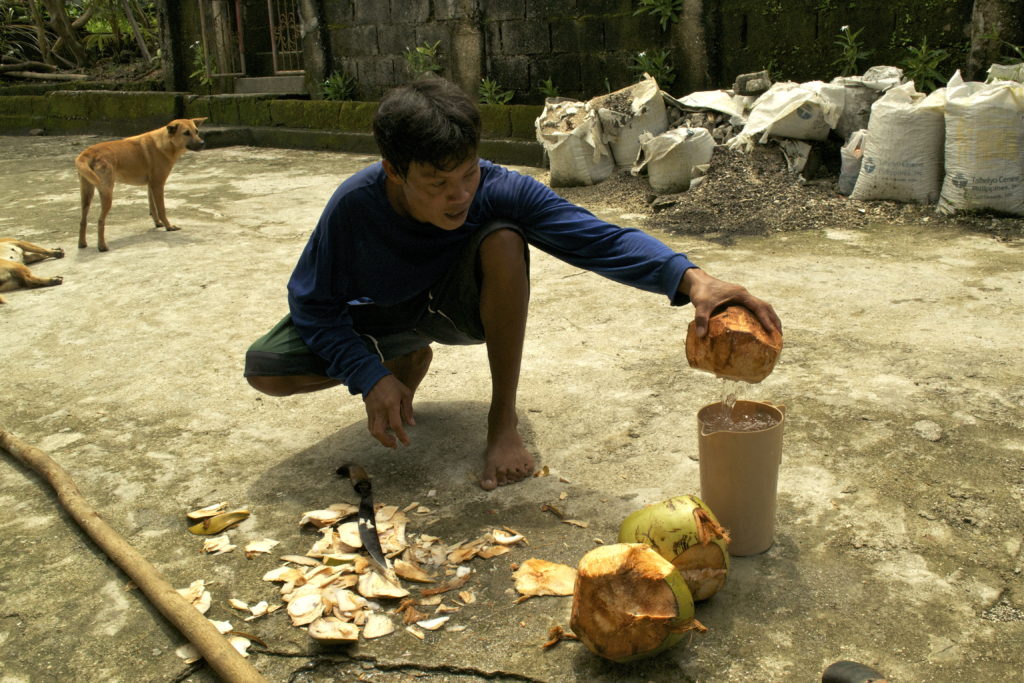 Tubigan, Samar — The island of Zumarraga is strewn with coconut trees. I saw this man walk away from one with a bag full of coconuts slumped over his shoulder. He hacked off the tops with a machete, and poured out the water inside. Once you empty a coconut, you can scrape out the “meat” from the inside walls and eat it. 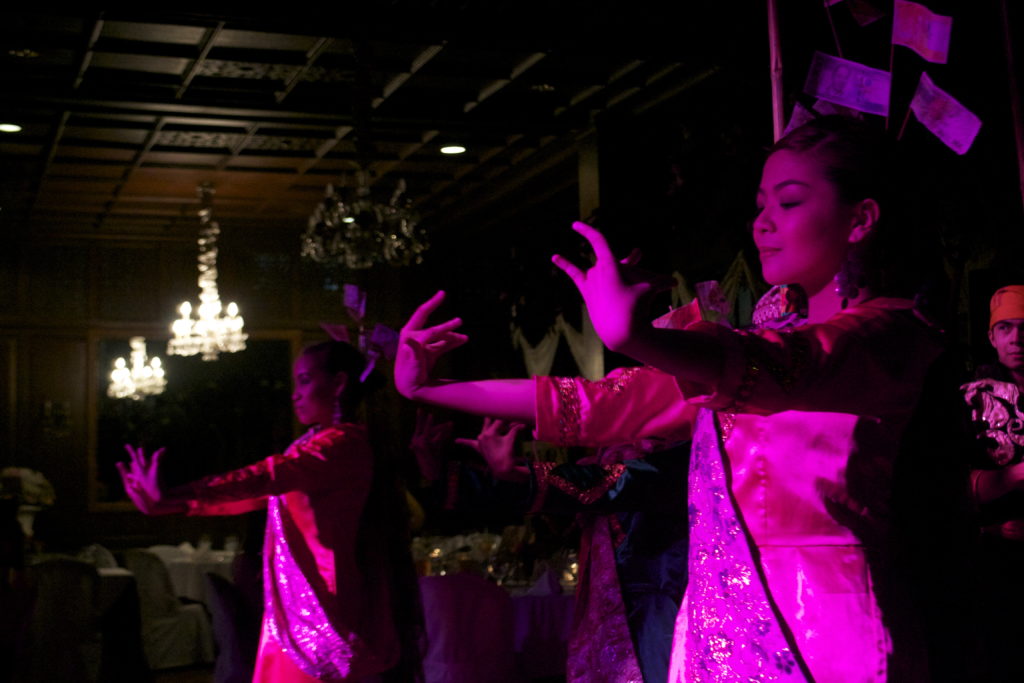 Manila, Rizal Province — A group of women perform a Filipino folk dance. Many traditional Filipino dances have a very apparent Spanish influence, but this group made sure to also perform dances not touched by colonization.

Catbalogan, Samar Province — This photo reminds me of a spread in an I Spy book. The vibrant fruits and vegetables were what initially caught my lens, but my eyes ultimately landed on the child staring at me while eating a piece of mango. 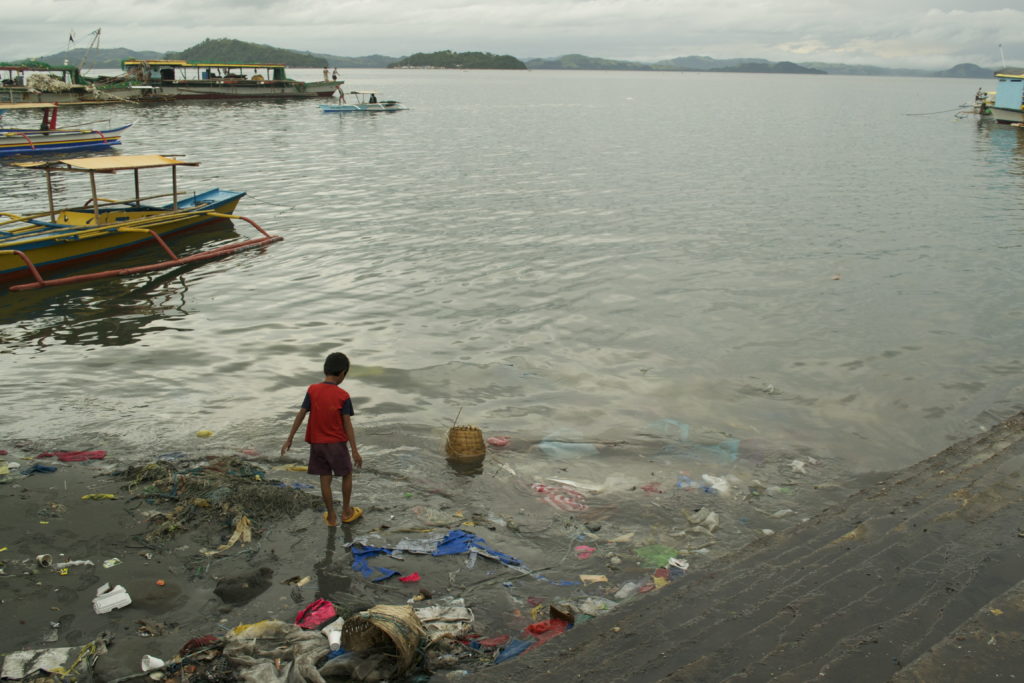 Catbalogan, Samar Province — A boy scours through trash looking for his toy that fell into the water. 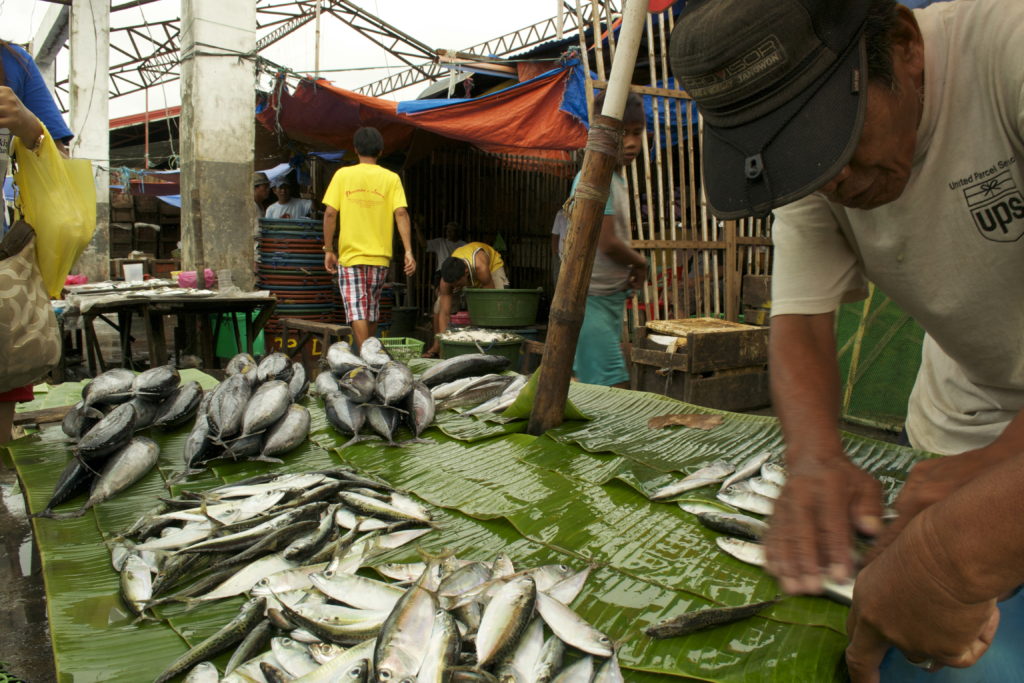 Catbalogan, Samar Province — Catbalogan is the capital of the Samar province, and the main commerical and trading center. A man slides some fish along the banana leaves and into a bag for a customer. 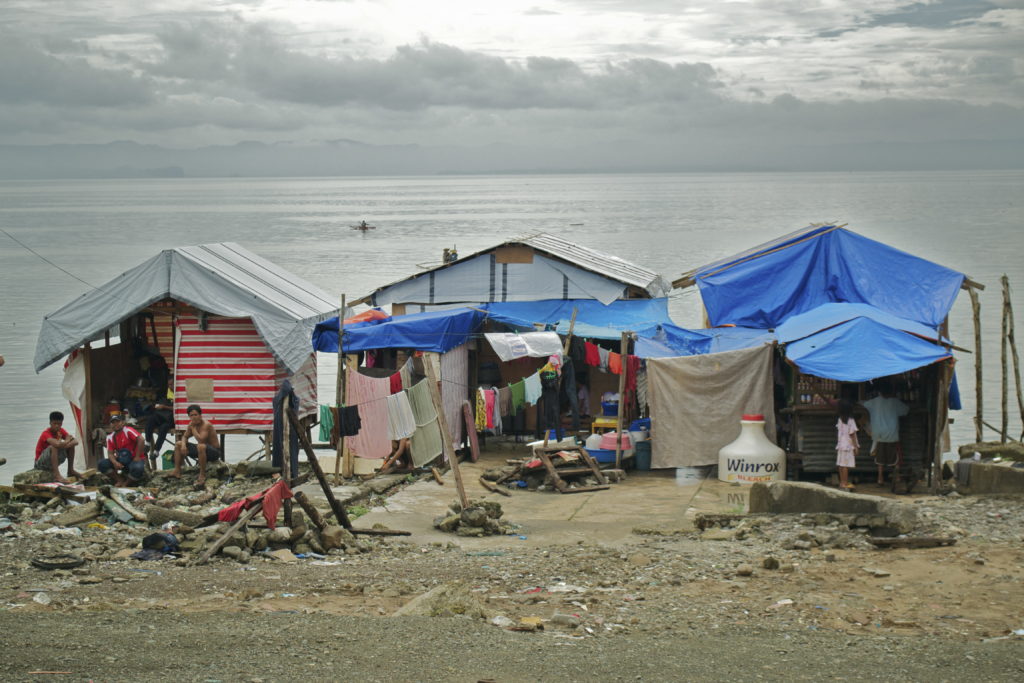 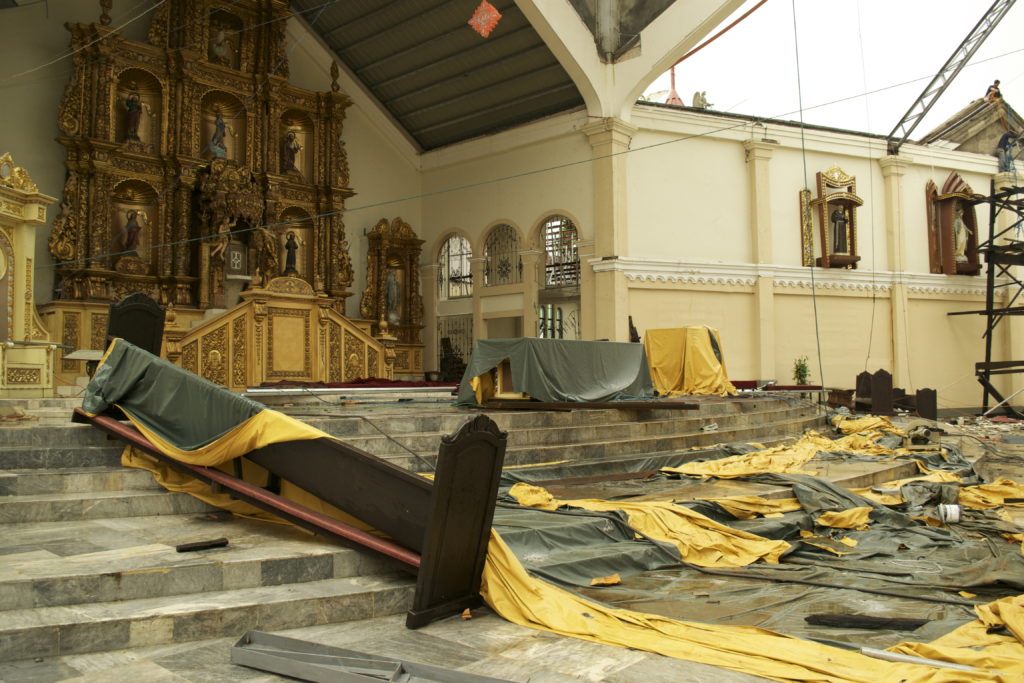 Tacloban, Leyte Province — The typhoon tore the roof completely off of this church and tossed over a dozen 100-lb. pews across the room. The front of the church was adorned with ribbons with the names of missing parishioners.

Tacloban, Leyte Province — Those whose churches were damaged in the storm seek other places to pray. 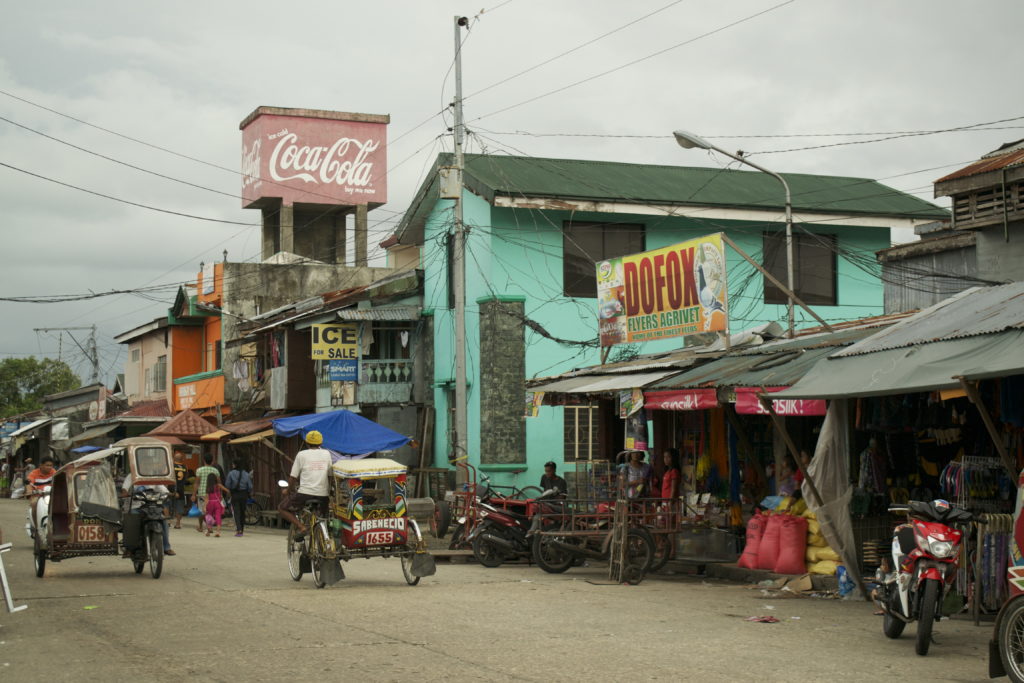 Manila, Rizal Province — The United States’ occupation of the Philippines had a profound influence in Filipino culture that you can still see today. You’ll find American products in stores everywhere, and even watch Filipino musicians perform American pop music on Filipino TV stations.

Manila, Rizal Province — 9 a.m.: A family comes out of their home to welcome the day.