A Look at the Numbers: UCSC Admissions Fall 2014

While admission rates for the Class of 2018 fell UC-wide, the number of applications and admitted students rose at UC Santa Cruz this year. UCSC offered admission to 4,473 more students than last year, and the overall admission rate grew by 8.3 percent.

Admissions director Michael McCawley estimates 3,650 first-year and 1,200 transfer students will enroll next fall. This is the same target goal as last year, but less of the admits this year are expected to attend UCSC. UCSC has the second lowest yield rate in the UC system at 19 percent.

Percentages of admitted students from low-income families and who are first-generation students increased as well, with 40 percent of admitted freshmen coming from families with neither parent having earned a four-year college degree. Admissions of international students jumped 65 percent this year.

With the overall admission rate spiking relative to other UCs, students of various ethnicities, races and economic backgrounds all saw an increase in admission. UCSC admitted the second highest number of African-American and American Indian students UC-wide. 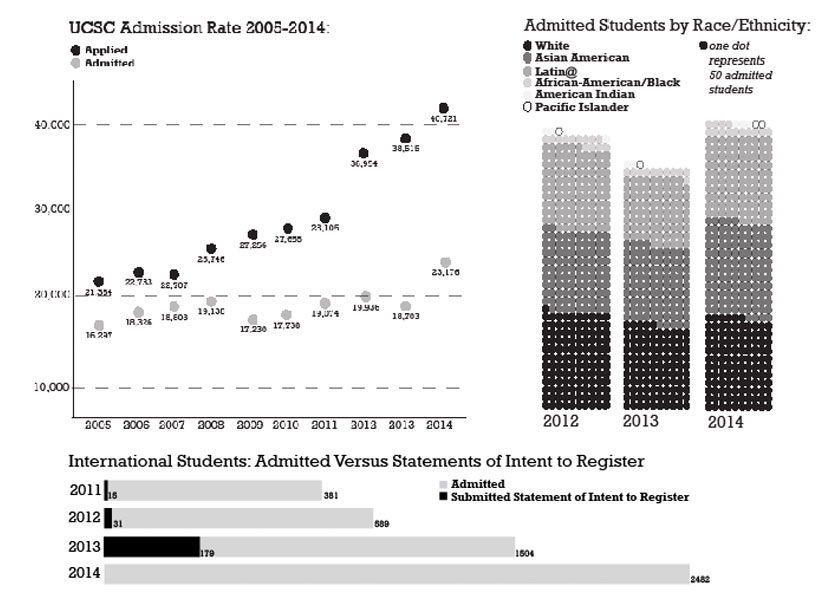