Lawsuits have been filed against the Hearst Corporation, NBCUniversal, Fox Searchlight and other companies where interns work almost 40 hours a week in these unpaid positions.
Editorials 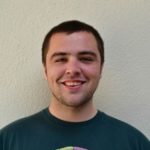 With summer just around the quarter, students are in a mad rush for some sort of work experience. Unfortunately, some can’t afford it. Entry-level positions are being replaced by internships in almost every field from film production to accounting. This is more than just not ok — it’s illegal. Thousands of companies are labeling their employees as interns so they can either pay them very little, or nothing at all.

Unpaid internships invaded the market of nearly every industry that welcomes free labor. Although they are accepted and students work willingly for them, they raise several problems that disadvantage many who would otherwise excel in these entry-level positions.

Many individuals have a hard time supporting themselves off of one paid, part-time job, and school costs have steadily increased over the last decade, pushing many students into debt. Splitting their work hours with unpaid internships only plunges them deeper into debt.

Most unpaid positions require college credit — so many students end up paying tuition fees to work. Even with financial aid provided by the school — mostly in the form of loans — students have an incredibly hard time finding ways to pay for their livelihood while working for free.

These positions prevent thousands of qualified and interested individuals from gaining experience in their field of study. The growing list of application requests on popular employment websites clearly shows the growing amount of volunteer positions. This growth forced the amount of paid positions to dwindle.

Lawsuits have been filed against the Hearst Corporation, NBCUniversal, Fox Searchlight and other companies where interns work almost 40 hours a week in these unpaid positions.

The first point of the Department of Labor’s guidelines for having unpaid intern reads, “The internship, even though it includes actual operation of the facilities of the employer, is similar to training which would be given in an educational environment.” However, lawsuit after lawsuit shows this hasn’t been the case with many major companies.

Internships should be short, financially feasible and worthwhile for the intern. The student should come first, and the company second. It’s against Department of Labor laws for the intern to fill in the work of an actual employee, even if it may be entry-level work.

The Department of Labor’s criteria for unpaid internships clearly states, “The intern does not displace regular employees, but works under close supervision of existing staff.” The lists also states that the internship should be for the benefit of the intern, not the employer.

The increase in the number of unpaid positions in an industry may mean that particular industry is struggling financially. Regardless, internships need to be learning experiences — not merely something to get placed on a resume. In fact, they should be both.

It seems more and more companies, both on the large and small scales, are taking advantage of the internship title. These companies delegate tasks like organizing files and sending messages and then claim they don’t have to pay because they provide a “learning” opportunity.

When on the hunt for a summer internship this year, students should consider their options and take the time to research opportunities. There are several ways to gain work experience without settling for an unpaid position at a firm that could easily pay a fair wage.