See it for Yourself: In-State Versus Out-Of-State Admission Rates 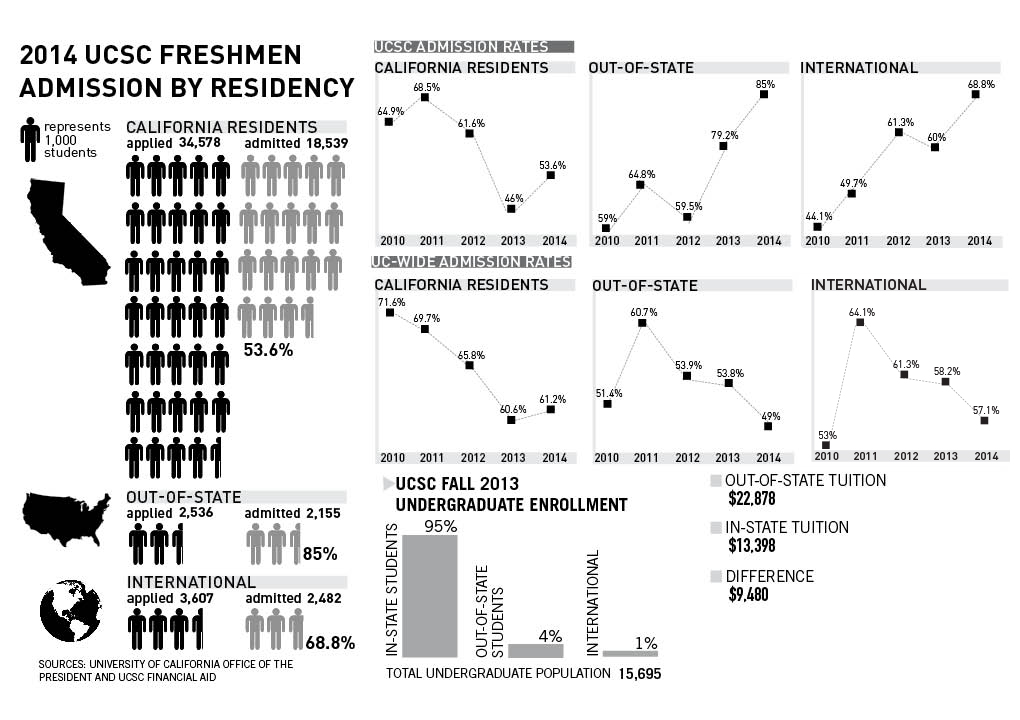 University of California and California State University campuses’ “core funds” are directly derived from California property tax and a state revenue that has been witnessing all-time lows since 2008. The admission rate of out-of-state students has risen over the years, with non-resident tuition more than $9,000 more than that of California residents.

“We live in a world where the amount of non-resident students who [universities] bring in is meant to balance out overall enrollment,” said UC Santa Cruz director of admissions Mike McCawley.

Under California Education Code 66202.5, California’s Master Plan for Higher Education states, “The UC and the CSU are expected to plan that adequate spaces are available to accommodate all California resident students who are eligible and likely to apply to attend an appropriate place within the system.”

“You can see the number has gone up recently, but last year was not higher than it was seven years ago. Next year we expect it to go up significantly to roughly 750 plus,” Fernald said.

UCSC executive vice chancellor (EVC) Alison Galloway acknowledges the risk that California students may “not be fulfilled as much as many of us would like.”

Tags #admission #Enrollment #in state #International #out of state #Tuition