When Steve Weybright returned to Santa Cruz from the Vietnam War after 15 years, he found that he didn’t know anyone. Going back to the community as an older person, he said, made it hard to meet people, but the Diversity Center gave him the support he needed.

“When I returned to Santa Cruz after I was discharged from the military there was not a lot of acceptance of veterans,” Weybright said. “Today people seem to be able to be opposed to the war and support the soldiers, but that wasn’t the case back then. It was very painful for me. It took me several years to really start functioning.”

Weybright participates in the Diversity Center’s 60 Plus senior program and the Rainbow Veterans program for gay military veterans. The Diversity Center is a resource center serving members of the LGBT — lesbian, gay, bisexual and transgender — community by organizing events and offering support groups.

“The gay pride march this year, which I marched in with the Rainbow Veterans, was healing for me,” Weybright said. “There was so much positive feedback from the people on the sidewalk. They put their hands on their hearts and they didn’t say anything. They gave us positive feedback and loving energy.”

The Diversity Center celebrated its 25th anniversary last Saturday by holding a gala at Michael’s on Main in Soquel. About 350 people attended the event, which featured dinner, a silent auction, a casino, an after party and a concert featuring Broadway singer Frenchie Davis and American Idol contestant Lazaro Arbos. With tickets ranging from $75 to $150, the annual event serves as one of the center’s main sources of funding.

“We don’t have this in Monterey county,” Arellano said. “For a lot of the services, support groups or information, you had to come to Santa Cruz and [people] still have to. I worked as a volunteer with [the Diversity Center] and found out more about its programs. Now I’m driving from Monterey all the way here because I love the place.” 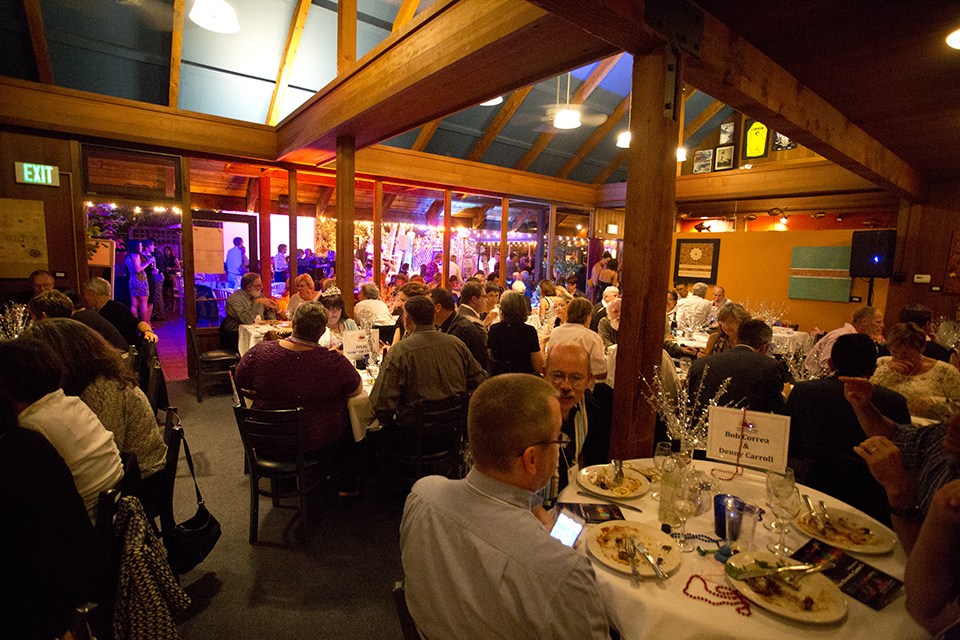 Although some of the gala’s attendees and volunteers haven’t been using the center’s resources for that long, they have noticed a shift in Santa Cruz’s LGBT community since the center’s opening 25 years ago. Clare Choate volunteered at the gala and said the climate of coming out when she was younger was a lot less welcoming than it is today.

“The words gay or lesbian weren’t in my vocabulary or in my awareness at all, they really weren’t,” Choate said. “Can you imagine being in junior high and questioning now? You would feel supported because there’s so much literature and connections out there. We didn’t have all that and if you were probably gay when I grew up, it was really scary. It was so different.”

Choate is an adapted physical education specialist with Santa Cruz City Schools. While most of the attendees were older members of the community, Choate stressed that the Diversity Center serves all people who identify as LGBT, regardless of their age.

Angelica Marcial, a fourth-year UC Santa Cruz student who coordinated the gala, has only worked with the Diversity Center for two years, but she said she already noticed an increase in people’s inclination to get more involved in LGBT events.

“This last year we had 2,000 more people [in the Pride march] than the first time we did it,” Marcial said. “Me being gay — it’s amazing to have a place where I know I’m safe and I’m able to party with people who are just like me, so I was really glad as the coordinator.”

Marcial said she is proud of the positive impact the Diversity Center made in the last 25 years and hopes the center can continue to help the LGBT community and watch it grow.

She said, “Having pride celebrations and big gala parties shows our community, you know what, we’re here.”