City on a Hill Press stock 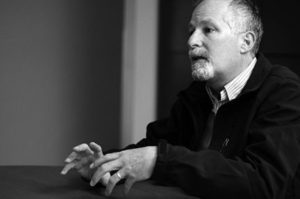 Mayor Don Lane served two previous terms on Santa Cruz City Council, once from 1988 to 1992, and then again from 2008 to 2012. He is currently serving his third term, which began in 2012 and will end in 2016. During each of his City Council terms, he served as mayor of Santa Cruz for one year. Rather than electing a mayor directly by the public to a four-year term, Santa Cruz City Council elects a mayor among its members to serve for one year at a time. Santa Cruz implemented this system of government, called a council-manager form of government, over 75 years ago. Because one of the mayor’s main obligations is to be the chair of City Council and oversee the meetings, this system allows the mayor and City Council to work closely together. Meanwhile, the council hires a city manager to oversee the day-to-day issues of running Santa Cruz. Lane reflected on how the city has changed over time and shared some highlights of his previous terms as mayor, as well as his hopes for the future and his remaining term. Interview has been edited for space.

City on a Hill Press:

How does your current term as mayor differ from the terms you served in 2012 and 1992?

It’s especially different from 1992 and there are two big, easy things to identify that are different. That year was very shortly after the Loma Prieta earthquake that pretty much wiped out downtown, and that was the whole focus of the city’s activity during that year while I was mayor. There were certainly other things going on, but that was the dominant issue. It was a very stressful time for the community having gone through that disaster and there was a lot of frustration in the community about it. That was a very different situation where you have one underlying issue that overtook all of the other issues going on. The other difference has everything to do with technology. The way people communicate with city government now is so different. There was no email then. We just didn’t hear from people nearly as much in terms of written communication. Now we get dozens of emails every day. We used to get some letters and some phone calls back in the early ‘90s but it was not nearly the magnitude of communication now. The dominant way we communicated to the community was the Sentinel, which still exists, but now with all of the social media and electronic media, there are so many ways for people to learn about what we’re doing.

In the time you have left as mayor, what do you hope to accomplish?

One of the things that comes back is affordable housing. We have a couple of projects in the pipeline that are really significant — all together, possibly a few hundred new apartments for the community. None of them have come up out of the ground yet and getting them started is something I hope will happen this year. I’ve also been doing a lot to address homelessness in the community. It’s very much tied to that affordable housing issue. I’ve been working with a bunch of people to create a new strategic plan to address homelessness and we’re hoping that plan will get adopted in the next couple of months and implemented by local city and county governments. That’s a really difficult issue in this community, but this plan represents some new directions and more people getting together on an issue that has been very divisive. I’m hoping that people getting more united on that issue is coming.

Have there been any highlights during your terms as mayor?

The highlight of 2012 was when the city worked out a deal with the Santa Cruz Warriors basketball team to locate here. That was a really difficult project but it has worked out really well for the city. A lot of the people are pretty excited about that, so it feels like a success story. Another thing that has been challenging right now, and I’m putting a silver lining on a difficult problem, is our water problem. For several years we were in a battle in the community over how to solve our water problems, but right now there’s really good collaboration going on and we have a really dynamic community process to come up with an agreeable solution. It’s still really difficult, but the spirit of that process right now is so good. It makes me more optimistic when a couple of years ago we weren’t really optimistic about solving the problem. With the drought persisting the way it has, we really need to find a solution.

Throughout your different terms, how have you seen the city change? Do you think there are any issues that are more pressing now to the city that perhaps weren’t so pressing about 20 years ago?

The university is about twice as large now as it was then, so that has brought some benefits but also some pressures for the community, especially for me in my experience around housing. It makes it more challenging for both students and non-students in this community to find housing, so that’s a shift. Affordable housing has been an issue all along, even 20-plus years ago, but it’s even more intense of a problem now. The local economy has changed a lot too because we’re so close to Silicon Valley — that’s a mixed blessing. There are job opportunities that have come out of that but that has caused a lot of pressure, again, on housing. We have a lot of people who make a lot of money working over the hill in tech jobs and they can afford higher cost housing. People who don’t have those high paying jobs are being squeezed by that change in the economy. Climate change policies are another issue. Santa Cruz, even 25 years ago, had some good environmental policies. It has always been a strong environmental community, but we’ve really had to step up our game reducing the city’s carbon footprint. We’re doing a good job with that, but that’s something really new.