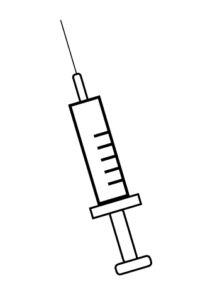 Amid the recent Disneyland measles outbreak, that as of Feb. 20 has infected 154 people across the United States since last December, the University of California will require all incoming students to be vaccinated for measles.

Cases of the disease have been reported in 17 states, Canada and Mexico. According to the Centers for Disease Control and Prevention (CDC), the majority of people who contracted measles weren’t vaccinated.

Rubeola, commonly known as measles, is a highly contagious respiratory and airborne disease that spreads through coughing and sneezing. Symptoms include fever, runny nose, cough, red eyes and a sore throat and is then followed by a rash that spreads all over the body.

On Feb. 6, the UC announced it “will require incoming students to be screened for tuberculosis and vaccinated for measles, mumps, rubella, chicken pox, meningococcus, tetanus and whooping cough, under a plan set to take effect in 2017.”

Mary Knudtson, the executive director for Student Health Services at UC Santa Cruz and chair of the Immunization Policy Committee, said that the directors of the UC student health centers have been working on an immunization plan for several years.

“We didn’t release the policy in response to [the Disneyland measles outbreak], but it is good timing because it’s in the press and in the public eye,” Knudtson said. “It’s an opportunity for us to educate the community about our plans and about why it’s so important.”

The California Department of Public Health, the directors of the UC student health centers, the vice chancellors for student affairs and the UC system’s senior vice president for health and science services worked together in developing the immunization plan.

The plan will be phased in over three years. The UC will focus on educating and notifying incoming fall 2015 students about required immunization information. Incoming fall 2017 students must show proof of vaccination or they will not be allowed to enroll in classes. It hasn’t yet been determined whether living on campus would be prohibited as well, Knudtson said.

The CSU system required immunization against measles, rubella and hepatitis B since 2002. Currently, the UC requires only hepatitis B vaccines from all students. Required vaccinations are covered by the UC Student Health Insurance Plan (UC SHIP).

Information on student immunization is helpful in any case of an outbreak on campus to differentiate between who is susceptible to the disease and who is not, Knudtson said. There will also be exemptions allowed for personal, religious or medical reasons.

However, California state senators Dr. Richard Pan and Ben Allen, who served as UC student regent in the 2007-08 academic year, are proposing legislation to eliminate the “personal beliefs” exemption for parents who choose to not vaccinate their children.

If legislation against exemptions goes into effect, the UC would not allow medical, personal or religious exemptions. The UC currently follows the California Department of Health recommendations on exemptions, allowing medical exemptions.

“I just don’t see the personal belief opt out in the interest of society as a whole,” said fourth-year transfer and politics major Michelle Nolan. “Are any of us harmed because we’re vaccinated? I’m rarely sick, I’ve never had the chicken pox nor have I been bedridden for more than a couple days.”

Knudtson, the executive director for Student Health Services at UC Santa Cruz, also said the immunization plan will not be focusing on whether or not dependents living in Family Student Housing (FSH) have been vaccinated.

“Is it possible that they will broaden it at some point to that? It is possible, but that’s not what the focus of this plan is,” Knudtson said.

FSH resident and student-parent Alyssa Ross said it is unjustifiable that the immunization plan excludes dependents of currently enrolled students and staff of the community.

“[FSH] is home to many families that have children who will not be guaranteed protection from this virus,” Ross said.

According to the CDC, 95 percent of U.S. kindergarten students have been vaccinated for preventable diseases such as measles, mumps, and rubella (MMR). In Colorado, less than 82 percent of kindergartners are MMR vaccinated, while 26 states have not reported meeting the government target of 95 percent coverage for MMR.

“We actually had one student on campus who was exposed through this Disneyland outbreak,” Knudtson said. “Fortunately, that student had completed their measles vaccines so they did not get measles and they didn’t expose anybody else. But had that person not had the vaccine, it could have been a very different experience at our campus.”