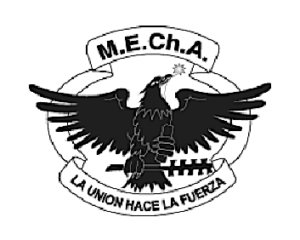 We, el Movimiento Estudiantil Chican@ de Aztlán de UC Santa Cruz, a student-run and student-led organization committed to the advancement and civil rights of Chican@/Latin@ identifying people — who strive for the educational, gender, cultural, sexual orientation, economic, political, racial and social equity of the community and who strive for cultural competence and diversity — write this open letter to all parties involved in the recent online images of organization members partaking in events titled “Cinco de Drinko.”

We express the utmost outrage and disappointment over such images, as they are racist, culturally insensitive and inappropriate appropriations of the 5th of May. We would like to first point out that Cinco De Mayo is not Mexican Independence Day, it is a battle that symbolizes the struggles against the French in the late 1800s. However, this does not mean that it does not hold cultural significance to the Mexican community — especially in Puebla, Mexico. First, we are astonished at the lack of cultural sensitivity being displayed by your organizations. Some of your organizations pride themselves on being inclusive and multicultural, as open and welcoming spaces for students of all backgrounds. Secondly, we are astonished that these types of events still take place at a university that prides itself in being a Hispanic Serving Institution (HSI), especially from fellow students of color. We are astonished at this blatant flaunting of racist stereotypes and the lack of knowledge behind why cultural appropriation is problematic. Cultural appropriation is a gateway to racism. Regardless of intent, this photo and social media post was inappropriate.

The reasoning behind this letter is not only to address this specific incident, but to make sure that the public knows why it is offensive, and that way we can prevent this from happening again. It is not okay to use someone else’s culture as an excuse to drink, or consume any other substance of that manner. Our community, and communities of color in general, are very affected by negative stereotypes and by cultural appropriation. Both are problems that we have been battling for years and are working hard to get rid of. Secondly, it is important that everyone knows that there is a difference between participating in a culture and appropriating a culture, and in this case, this was not partaking in cultural activities at all.

What we are asking is for a sincere apology from the individuals involved, not only to MEChA but also to all the Mexican@s and Latin@s, or anyone who has suffered from this incident at UCSC. We are only one organization among many here at UCSC, and we do not represent the entire Latin@/Chican@ community. We are not asking for apologies from just the organizations involved because we do recognize that these were the actions of certain individuals. We want an apology from the individuals and we want them to be aware of what they did wrong and why it is wrong. We are also asking for the individuals and if possible, the organizations involved to educate themselves on why this event was inappropriate, racist, insensitive and disrespectful.

Partaking in such activities devalues and dehumanizes our brown bodies and our rich culture. As organizations that call themselves multicultural, we expect more from you all and we strongly encourage you to use this incident as an opportunity for education and growth.