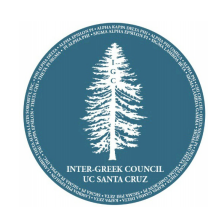 We would like to begin with acknowledging the legitimacy of MEChA’s concerns. Cultural appropriation is problematic, and any actions and photos taken in reference to “Cinco de Drinko” are inappropriate and disrespectful. We, the Inter-Greek Council, also known as IGC, are taking action in the form of sanctioning the organizations and individuals responsible for the photo in question. This year, IGC has been working hard to revamp our regulations and bylaws so that we, as members of Greek Letter Organizations (GLOs), can stand together and hold each other to the highest of standards.

We comprehend your frustration in seeing events such as this as degrading to Chican@/Latin@ culture. However, of the many things I learned throughout my four years at UC Santa Cruz, one of the most prominent is that college is a learning experience. Furthermore, I’ve found that learning comes easier and most successfully with the help of a teacher. A teacher does not have to come from the typical authoritarian standpoint. As fellow student leaders working under SOMeCA, I am sure you are familiar with the philosophies of student agency and community learners. We want Greek Life to work — with MEChA as one of our facilitators — to take a stance against the appropriation of all cultures.

We understand that this issue is hard to get across to people and this photo presented a viral way to bring awareness to a cause that is a concern across America. In the future however we request, as a fellow student leader with ties through SOMeCA, you take the extra time to contact our governing body so we can help take part in your cause and help you uncover the facts.

In regard to the actual event, we would like to make it clear that it was not an event hosted by or for any of the fraternities or sororities at UCSC, nor was it an event centered around the Cinco de Mayo holiday. I apologize on behalf of all GLOs for the insensitivity of the individual’s tag on the photo.

The individual’s previous experiences should have made them aware of this controversy. The individuals who posted the picture were immediately asked to remove the photo due to cultural appropriation and tagging alcohol while associating with their Greek letters. Both are against the sorority’s risk management protocols, which are shared almost unanimously throughout UCSC Greek Life. However due to an uninvolved third party, the photo was screenshotted and has been further used as the third party’s personal platform.

All GLOs involved are upset with being portrayed in such a fashion when none represent, or even tolerate such behavior. The individuals responsible for the photo have been deactivated, however they are regretful and apologetic even as they leave the Greek community.

We would like to reiterate that the Inter-Greek Council disapproves of any activities portrayed by the photograph, and we are taking action because we also believe the individuals were being thoughtless and insensitive. However, we are frustrated because our wonderful, unique, diverse Greek Life on this campus is being misrepresented by a few individuals from a small handful of the many organizations we have here on campus.

Three years ago, the GLOs came together at UCSC to work on building unity, creating standards and finding mutual support among each other. IGC was formed as the governing council. Since then we have been trying our hardest to not only figure out our own differences, but to show our fellow UCSC students and the Santa Cruz community that there is more to Greek Life than the media stereotypes project.

Over the last three years, we have come together to help the Santa Cruz community and show that we care. We have put on our own philanthropies, such as our annual Thanksgiving Second Harvest collection, blood drives, a sexual assault awareness event known as Greeks in Heels and letters to sick children and soldiers. We have also participated in and endorsed many other events, for example: Walk a Mile in Her Shoes, the campus clean-up event, Relay for Life and the Save our Sammy campaign. We have even worked with a Berkeley legal advisor to strengthen our standards beyond the average organization.

We are very proud of our progress over the past few years, however, unfortunately it is always too easy for media’s bad news to set an organization back. I am very sorry for the discomfort and outrage this occurrence has caused, and am willing to work toward a more constructive, educational resolution.