To the Administrator of the Free & For Sale UCSC Page, the original poster of the headdress, and all involved participants 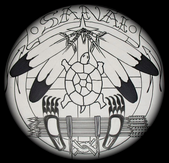 To the Administrator of the Free & For Sale UCSC Page, the original poster of the headdress, and all involved participants:

We, the Student Alliance of North American Indians (SANAI), promote the representation of indigenous students at UCSC by providing academic, political and social support to ultimately create a visible community of indigenous students and allies.  In response to recent events on social media concerning the intent to sell a handmade headdress we are writing to ask for all involved parties to sincerely apologize and educate themselves on cultural appropriation, insensitivity, and stereotypes.

We are offended by the lack of sensitivity in the comments made following the act of cultural appropriation towards Native American traditions. While we are disappointed with the statements made by some of our fellow peers, unfortunately we are not surprised. This is not an isolated case, as a year ago a very similar debate on the Free & For Sale page regarding native Halloween costumes arose. Social media provides a false sense of confidence for some to feel they have a right to say whatever they please. There is a line between freedom of speech and offending others. It seems apparent that those who participated in the recent thread on the Free & For Sale page enjoyed prodding at Native culture and all the participants who spoke up.

We, as native students, face cultural appropriation everyday. From mascot names like the Washington Redskins to commodified traditional basket designs in commercialized clothing, native culture is often simplified, stereotyped, and fetishized into a consumer good.

The headdress posted for sale is no different. While the origin of the headdress has a very specific purpose and meaning, today they have become a fashion statement for many at concerts and other events. We are speaking out to say that SANAI does not support the sale of or donning of stereotypic native regalia. Stereotypes restrict peoples’ awareness of Native American traditions.

The specifics on how the posted headdress were made were not listed, but it is important to be aware of the following law:

The Indian Arts and Crafts Act of 1990 (P.L. 101-644) is a truth-in-advertising law that prohibits misrepresentation in marketing of Indian arts and crafts products within the United States. It is illegal to offer or display for sale, or sell any art or craft product in a manner that falsely suggests it is Indian produced, an Indian product, or the product of a particular Indian or Indian Tribe or Indian arts and crafts organization, resident within the United States. For a first time violation of the Act, an individual can face civil or criminal penalties up to a $250,000 fine or a 5-year prison term, or both. If a business violates the Act, it can face civil penalties or can be prosecuted and fined up to $1,000,000. (1)

Headdresses are not traditionally a purchasable good. Instead, each individual feather must be earned through good deeds and accomplishments. Who gets to wear a headdress and when to wear a headdress are very important. This is different than simply purchasing a headdress from a non-native source for unspecified activities. Picking and choosing selected pieces like headdresses and moccasins to represent hundreds of different Native cultures each with unique cultural traditions and symbols is incredibly lazy. Do not pick and chose cultural symbols to fetishize.

For those who are interested in native culture and were simply unaware of the significance behind the appropriation of Native regalia, we request that you support inspired Native artists rather than Native inspired consumer goods. SANAI and the American Indian Resource Center exist to educate on a multitude of Native cultures. We warmly invite you to explore current issues and incredibly diverse Native cultures by actively participating in our events. There are positive ways to participate in our many cultures that do not involve previously mentioned regalia.

Claims that people who speak out about cases of cultural appropriation are being “whiny” or “oversensitive” are simply not acceptable. SANAI is not simply bothered by the listing of the headdress, but rather the conversation that developed afterwards. Making jokes about people being offended, the meaning of cultural appropriation, and killing Native people is unacceptable. Regardless of peoples’ ethnic backgrounds, it is unacceptable to make a joke out of Native traditions and culture. Those who specifically mentioned their own ethnic identity as means of validating hurtful statements should know that ethnic identity does not grant one amnesty from acts of racism. Adding to the conversation and saying that there is nothing wrong with the statements made at the cost of the Native community adds to the misconception that it is ok to pass on racist trends and continue to ignore cultural significance and history of Native communities.

Those who participated have created an unsafe space for Native students and allies. We write this letter  not only to address this specific incident, but to make sure that the public knows why the posted headdress and conversation that followed was offensive in order to prevent this from happening again.