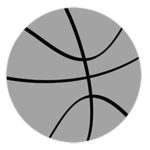 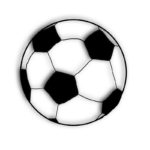 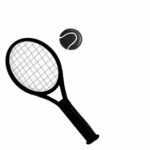 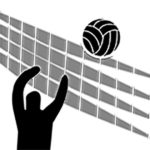 When the UC Santa Cruz women’s volleyball team finished with an 18-5 record this season but missed the NCAA Division III Tournament, it was an odd, but common, situation. Despite its strong record, UCSC had failed to make the playoffs.

Earlier this month, UCSC’s athletics department announced four of its women’s programs will join the Great South Athletic Conference (GSAC), a possible solution to ending the postseason drought. Women’s volleyball, soccer, tennis and basketball are among Slug teams expected to make the transition beginning fall quarter, despite the uncertainty of the future of these teams in the 2016-17 school year due to the failed referendum in the recent campus elections and an overall lack of funding.

“Conference play is a great opportunity for a possible NCAA Tournament bid,” said UCSC women’s volleyball coach Dwight Combs. “Having a conference enables us to play a tournament with a qualifying bid rather than being at the mercy of a selection committee.”

The women’s basketball team experienced a similar scenario when it was left without a postseason berth after having a 18-5 season, including tough road victories in Wisconsin. Same could be said about the women’s soccer team after it finished with an 8-8-1 record — a season in which it played 11 road games.

All participants in GSAC are women’s NCAA Division III schools spread throughout the country, including teams in Georgia, Michigan, Maine, Massachusetts, North Carolina and Washington.

After the conference announcement, several coaches expressed relief about finally having a fair opportunity to reach the postseason. Many emphasized the fact that teams can now play their way into the tournament after missing previous ones. “No more excuses,” Combs said, as they now control their own destiny.

“It was very frustrating being an independent team,” said UCSC women’s basketball coach Todd Kent. “Over the past three seasons we should have been in the NCAA Tournament. We finished the year ranked 42 overall and would have done well.”

The Slugs have one of the lowest budgets among Division III programs, with $2 million to support 14 sports teams. While UCSC’s athletics department is expected to pay between $3,500 and $5,000 a year for memberships for its four teams, the transition anticipates saving the school around $25,000 to $30,000 per sport in travel expenses.

As independents, the Slugs search for ways to boost their resumes for a championship run. They schedule several out-of-state opponents in hopes of increasing their chances of earning a playoff slot.

“[Joining GSAC] is a good immediate fix to some problems on the women’s teams,” said UCSC women’s soccer coach Emily Scheese. “It’s difficult watching players work hard and not get selected for postseason play. With a conference they now have a chance to get rewarded and possibly earn a bid.”