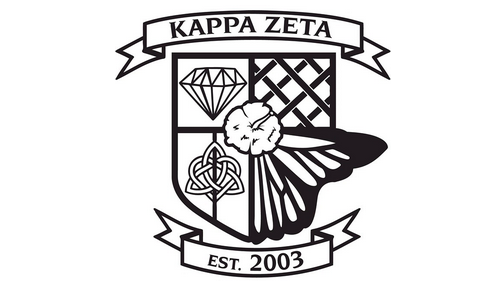 An open letter to the UC Santa Cruz Community:

The sisters of Kappa Zeta sorority extend their most deeply felt apologies to the entire UCSC community, the Chican@ community, the Latin@ community, the UCSC Greek community, and to those individuals affected by the original posting of the culturally insensitive photograph caption with the tag “cinco de drinko.” Kappa Zeta as a multicultural sorority recognizes the underlying messages that celebrations such as “cinco de drinko” emanate. Such messages serve to perpetuate racist stereotypes that ultimately oppress people and people’s entire cultures.  Kappa Zeta sorority does not condone this type of “celebration” or racist stereotypes. Unfortunately, one of our members is responsible for posting the photograph. We as an organization acknowledge that one of our now former member’s actions caused extreme outrage and pain to the UCSC community.

Kappa Zeta sorority is working extremely hard to address the situation internally and externally. We also want to clarify that the alleged “cinco de drinko” gathering was NOT an event planned between Kappa Zeta sorority, the gentlemen of Tau Kappa Epsilon, Sigma Phi Zeta, Lambda Phi Epsilon or any other Greek affiliated organization. To be clear the actions of an individual or individuals who posted the photograph are responsible for connecting the image to the aforementioned organizations.

Kappa Zeta sorority understands that it is our responsibility as Greek and UCSC community members to address the issue at hand. First, we want to recognize the admirable efforts of el Movimiento Estudiantil Chican@ de Aztlan de UC Santa Cruz. MEChA has helped us better understand how we as individuals and organizations can make a difference to improve our university’s climate.

Secondly, we want to express that Kappa Zeta sorority, as one of the uniquely multicultural organizations on campus, agrees that this incident is an opportunity to foster a more socially and culturally conscious environment for all of us here at UCSC. We as a sorority strive to make our sisterhood a safe support system for women of all walks of life regardless of age, ethnicity, cultural background, color, religion, gender, national origin, ancestry, disability, political affiliation, class or sexual orientation. Many of us identify as Chican@s and Latin@s and our organization was deeply hurt by the original post as well. We also understand how offensive those images may have been and we were not only hurt because the post came from within our organization. We are also surprised and affected by the quick scrutiny we received just because we are a Greek organization. We ask those who took immediate action  to inform themselves and have prior knowledge of the context of what’s posted on social media before taking drastic measures that will ultimately discredit multiple organizations. Kappa Zeta sorority would have appreciated the opportunity to come together as a sorority with the other individuals and Greek organizations involved to discuss proper solutions instead of addressing our issues on a social media platform.

It is our goal that as we move forward from this incident, Kappa Zeta sorority will not only be seen as a safe space for women with very diverse backgrounds on a campus like ours, but also a group that strives to combat negative stereotypes against the Greek community.  To make this possible Kappa Zeta is reaching out to the UCSC community to open up a constructive dialogue to explore the layers of social and cultural stereotypes that surround our communities. Our hope is that individuals and our organizations, from Greek affiliates to groups such as MEChA, could come together and support each other in the search for social justice.

The sisters of Kappa Zeta sorority