The spring election attracted the highest voter turnout in the last eight years — about 39 percent of undergraduate students voted.

Due to low voter turnout, no student fees had been approved by the student body through the Student Union Assembly (SUA) spring election since 2011. The last measures approved by students were Measure 49: Cultural Arts and Diversity fee and Measure 50: Measure to Increase Student Voice.

Students were asked to carry the financial burden by funding programs the administration cannot help keep afloat. The only measure that passed this year was Measures 63, a victory for increasing LSS funding and tutoring opportunities.

City on a Hill Press looks to the future of how LSS will utilize its new funds and how the bills that didn’t pass –– Measures 62 and 61 — will be reintroduced in upcoming SUA spring elections.

The long-winded question was Measure 61, which promised CruzCare access for all. The measure also ensured the hiring of five more staff members, more medical appointments, improvements in phone and online appointment scheduling and reduced pharmacy wait times. The measure, however, failed 2,925 to 2,746 — not quite reaching the two-thirds it needed to pass.

While 10,000 UCSC undergraduates are covered under the UC Student Health Insurance Plan (UC SHIP) or CruzCare, there are approximately 5,000 students who cannot affordably access Student Health Services. Students without UC SHIP or CruzCare must pay out-of-pocket for any services they need to use.

“We are constantly having this difficult conversation. We tell students that we’d be happy to see them, but the visit will cost you anywhere between $100 to $300,” Mesa said.

Consequently, the measure would have covered the 5,000 students who are involved in this difficult conversation. Ben Iwaszewicz, the Student Health Center’s special projects coordinator, said the measure would have improved the quality of life for everyone on campus since only those who can afford to pay are currently being protected.

“It’s like the bus system. We all pay a fee even if some students use Metro buses more often than others. Just like the bus system is crucial to the infrastructure of Santa Cruz, so is health care,” Iwaszewicz said. “These are fees that benefit the entire community.”

Although the measure failed this year, it is poised to reappear in future ballots, Mesa said.

“We definitely want to put this back on the ballot. If not next year, then the year after that. We will reintroduce it and educate the campus about CruzCare,” Mesa said. “Hopefully tuition will stay the same and won’t affect how students vote.”

“We think this measure is different because we think that every student will use the health center at least once during their four years here,” Mesa said “Some measures are specific to certain groups, but we feel that everyone can benefit from this one.”

After receiving an email from the Dean of Students Office early last week, thousands of anxious students took to the Internet to see the results of the highly debated Measure 62. There, student-athletes saw a result no student ever wants to see — failed.

Measure 62 asked each student to pay a quarterly rate of $117, which would generate more than $5 million of annual revenue for athletics. The measure only garnered 2,292 votes — less than 40 percent of total student voters — in favor of the referendum to fund athletics, leading to a potential eradication of sports teams altogether by 2017.

“You can usually get away with dropping one sport with the explanation, ‘We just don’t have the income,’ but explaining that to the entire athletics department and the alumni from 30 years who came through athletics will be much tougher,” said Kim Musch, who has been the head swim coach for 18 years and was the interim athletics director last year.

Athletics will continue to be supported by a portion of the student services fee, a program fee and a $5 per student per quarter Intercollegiate Athletic Sports Team fee. In March 2014, UCSC announced an approximate $500,000 temporary budget augmentation for NCAA programs through 2017, but ensured the funds were not permanent and not a long-term solution. Measure 62 sought to make up for the looming loss of funds and deficit pool, and proposed the $5 quarterly fee would jump to $117.

Similar to about 60 percent of student voters, fourth-year Sarah Goldberg voted “no,” but not because she wasn’t in favor of sports. She feels there’s another way to keep athletics without having students carry the heavy financial burden. However, Goldberg said she might vote to fund athletics if the measure was proposed again next spring.

“It depends on if [the administration] really can’t get funding from anywhere else, but there’ll always be the skepticism, ‘Did they really try?’” Goldberg said.

After finding out about the failed referendum, panicked student-athletes took to social media to express their frustration with the student body while also announcing that the referendum will be reintroduced next year.

“We need to keep working and educating more people about the value of having intercollegiate athletics,” said Cliff Dochterman, UCSC’s athletics director. “We will take on a larger role in the marking and exposure of our university so that more people will want to support the referendum next year.”

Dochterman explained that while there are “six or seven ideas that all look attractive” for the proposal next year, the details have not been set and the athletics department continues to meet and strategize. Dochterman was unsure of the details regarding the price of the fee that will be proposed next year, as it is “premature” to tell.

“If it’s proposed next year, my hope is that a new group of students who come in will take a little more pride in the athletics on campus,” said third-year soccer player Reed Miller. “When you are more involved and understand athletics and meet the athletes, a proposition like this becomes a little more personal because everyone playing a sport here represents the school with a lot of respect and pride.”

Throughout the weeklong polling, UCSC athletes tabled outside of the East Field House, handing out “Save Our Sammy” buttons while informing passersby of the referendum and pushing the vote in favor of the athletics fee.

Coach Musch said the result of the election doesn’t show that students don’t want athletics, but that it’s a program, similar to the art and music programs on campus, that students should not be responsible to fully fund.

“It all goes back to being neglected and being poorly run and not having support. It has been left out there on the vine and given no nutrients or water and you wonder why it’s shriveling up and struggling,” Musch said. “For anything to survive and do well, and for UCSC to have something to be proud of, you’ve got to support it.”

Musch expressed his concern with proposing the referendum again next year since not much would change for students — it will be difficult to get them to pay such a large fee again.

Comparatively, UC Merced has a steady stream of funding available because it’s a part of the National Association for Intercollegiate Athletics (NAIA), which is cheaper than being a part of the National Collegiate Athletic Association (NCAA) like UCSC. UC Merced students still pay an intercollegiate athletics fee of $75 fee per semester to support their athletes, a student contribution that is still five times higher than what UCSC students pay.

As the athletics department continues to meet throughout this month, it’s unclear just what the cards hold for UCSC athletics beyond next year.

“‘The students want athletics, they support athletics, but the administration should not be asking us to cover all the mistakes over the last 30 years,’” Musch said. “It’s now time to correct the infrastructure that has been lacking since the beginning.” 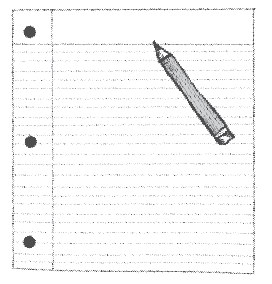 In last spring’s election, every student fee failed due to insufficient voter turnout — but the sting was a little bit stronger for Learning Support Services (LSS). Its measure to help fund tutoring and instruction programs fell just 1.87 percent short of the required 25 percent voter threshold, despite its overwhelming 67 percent support.

LSS Director Holly Cordova was reluctant to ask students to fund these programs in the first place, but with a growing demand for supplemental academic services and a stagnant budget, turning back to the students was the only option. Measure 63 — an amendment to Measure 30 — finally passed with nearly 85 percent of student approval during this spring’s election.

Measure 30 currently requires students to pay $6.64 per quarter as a part of the LSS Sustainability Fee. That fee will now increase by $5.36 beginning this fall, resulting in a $12 fee for students per quarter to help maintain UC Santa Cruz’s LSS services, which about 37 percent of undergraduates use. Cordova said there’s also the possibility of additional funding from UC President Janet Napolitano to help improve student retention.

“I am very sad that we had to ask students to pay money,” Cordova said. “We have more demand for classes than funding to meet it, so we had to take action in meeting those shortages. I am so grateful to the students for stepping forward given that the cost of attendance is increasing.”

LSS currently has a budget of roughly $820,000 and expects an additional revenue of $162,552 from Measure 63 after the return to aid, which is one-third of the revenue that returns to financial aid. The majority of the new funds will be used to hire about 150 additional LSS tutors and Modified Supplemental Instruction (MSI) learning assistants.

“In some cases like large classes, we will have more MSI learning assistants so there will be more sessions,” Cordova said. “We may now also have the option to support classes that have not yet been supported by MSI.”

LSS is currently unable to offer additional tutoring for classes that have MSI tutors. Sometimes these classes also don’t have a sufficient number of MSI learning assistants, or the sessions have up to 15 students. Last spring was the first time since Measure 30 was passed in 2007 that LSS couldn’t meet student demand for tutoring.

“With large MSI sessions, it can be difficult focusing and getting all your questions answered,” said first-year student Hailey Castillo, who used MSI for PSYC 1, MATH 11A and CHEM 1A. “The good thing about small MSI sections is that there isn’t the pressure of being wrong in front of the group. I wish there were more sections available because it doesn’t always fit into my schedule, especially as a STEM major.”

Fifth-year student Robert Alvarado has been an MSI psychology learning assistant for four quarters and helped campaign for Measure 63. Despite a proposed fee increase, Alvarado found students were generally approving of the measure. With the incoming funding, he also looks forward to the possibility of smaller tutoring sessions.

“[Large tutoring sessions] restrict students because they are too afraid to let you know what they want out of the session,” Alvarado said. “With additional funding, we could reach more students with our services. Some classes have as many as 250 students, but we couldn’t have as many learning assistants as people needed because of our budget.”

LSS Assistant Director Charis Herzon said LSS programs provide a space for students to engage in an “active learning environment where they can collaborate and critically think about course material.” With this mission in mind, Measure 63 will enable LSS to effectively and comprehensively respond to students’ requests for academic assistance.