Top Acts at This Year’s FYF 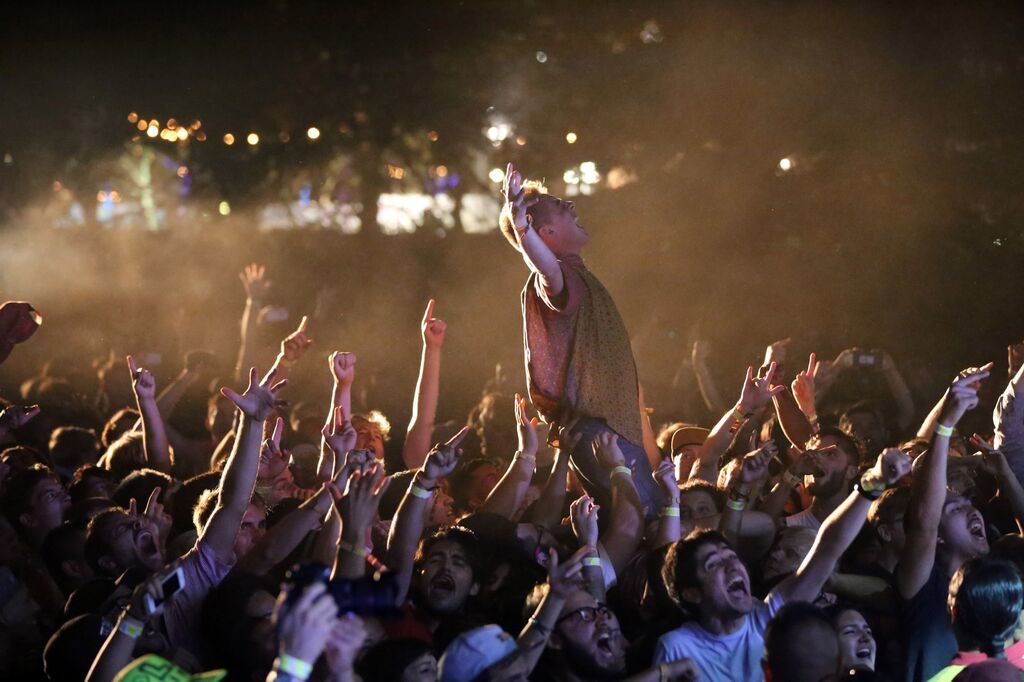 Summer is well under way and what better way to spend a weekend than amid a crowd of strangers under the Los Angeles sun?

Now in its 12th year, FYF — also known as Fuck Yeah Fest — has managed to stick to its punk roots while curating a stacked lineup to feed all musical appetites. This year’s list will include lovelorn singers, requisite loud guitars and a handful of DJs stretched across the four stages of LA’s Exposition Park. It’s a tough call, but here’s just a few acts you’ll want to be sure to catch.

As the internet anxiously awaits the drop of a follow up to Ocean’s 2012 album “Channel Orange,” the singer is set to close out the fest Saturday night. Coming up alongside rambunctious rap crew Odd Future, Ocean’s debut landed him at the top of many “best of” lists. It’s easy to see why — he tells stories with charm, wit and infallible earnestness.

The power couple that is Killer Mike and El-P will play the festival for the second year in a row. Dexterous storytellers, the pair have two albums under their belt and a third due out next year. It’s impossible to escape the storm when the emcees charge headfirst into scathing critiques of institutional oppression by way of police violence, racism and poverty. The unadulterated aggression laid over caustic, synth influenced beats seems best experienced live — from the middle of a sweaty mosh pit.

LA natives Harmony Tividad and Cleo Tucker have exploded over the past year, a testament to the accessibility of their work and the fierce friendship between the two. Their music and DIY ethos is empowering, simple and fearlessly straightforward. Together, Girlpool channels a quiet sort of emotional decimation reminiscent of Beat Happening — the kind that creeps up behind you and takes hold of your heart before you’ve had a chance to notice.

The patron saint of perpetual sorrow himself will close out the festival on the mainstage Sunday night. Given his flair for the dramatic and his cult of Morrissey devotees, it’s safe to expect an impassioned set complete with gladioli-toting fans rushing the stage.  As the frontman of The Smiths and later a successful solo artist, Morrissey’s immeasurable passion for the complexity of life and acknowledgement of moments of longing, love and loss have cemented his legacy as a musical icon.

One of the most interesting and compelling artists of late, FKA Twigs pours all of herself into her art. Her voice, dancing, performance and production coalesce into one instrument she wields powerfully and exactingly like a sword. Her songs are spellbinding, at once tender and terrifying as she sings about reckoning with pitfalls of desire.

Unpredictability has come to be a part of Death Grips’ appeal. With a reputation for canceling shows like their scheduled set at last year’s fest, a Death Grips performance can’t be guaranteed until the pair are on stage in the flesh. Still, the promise of the heavenly chaos MC Ride and Flatlander would deliver is worth every ounce of wishful thinking. This year saw the announcement of their break-up and the release of “Powers That b,” an album that has followed in the punk tradition of their dissonant, defiant sonic aggression.

D’Angelo and the Vanguard

Sometimes, an album’s impact becomes compounded by the sociopolitical climate in which it is released. When “Black Messiah” came out, communities across the country were (and still are) mourning the deaths of unarmed black men at the hands of police. Drawing on funk, jazz, soul and gospel, the album is a 12 track search for moments of solace and spiritual transcendence in the middle of chaos. After 14 years of relative silence on D’Angelo’s end, who knows when you’ll be able to see the singer again?