The March for Mizzou 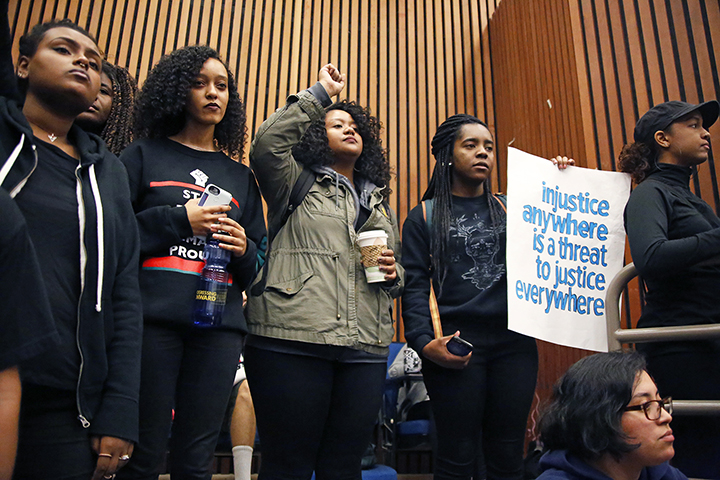 Around 40 students from the black community and some allies gathered in Quarry Plaza at 1 p.m. on Wednesday to stand in solidarity with the students at the University of Missouri. At Mizzou, students have faced a history of racially charged incidents at the predominantly white university. It also served as a national call of action to all UCs.  The protesters, dressed in all black,  held signs that said, among other things, “Black Lives Still Matter,” “Santa Cruz Hates My Blackness” and “Black Queer Lives Matter Too.”

“We stand in solidarity with students of Mizzou,” one organizer shouted. “But we obviously want to make a point to the university and the administration that when an incident like this happens, it would be more than a courtesy to send an email out to the population of the student body.” 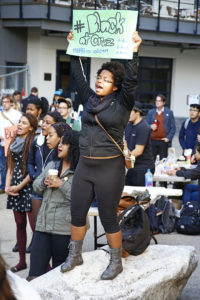 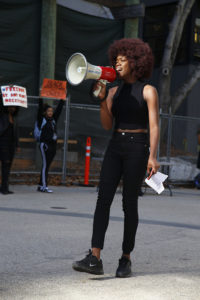 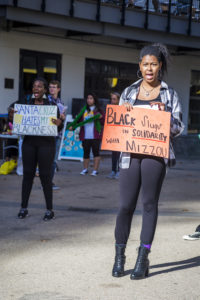 “Black is Me! Black is Us! Black is Them!”, “Holla Back? I Gotchya Back!”, “What do we want? Representation! When do we want it? Now!” were some of the chants that drew more crowds to Quarry Plaza as students continued to protest. Tommi Hayes and another student organizer stood in the middle of the circle leading chants and telling stories of micro- and macroaggressions they have faced at UCSC.

The protesters’ demands included a 1.5 percent increase in black male student admittance every year, the hiring of more black women professors, the creation of a Black studies department, more scholarships for black students, funding for students who are undocumented, more visibility of black students for campus jobs, a 48-hour response to hate crimes, competentency for black queer students and more funding for the African American Resource Center.

In the evening, students marched to Merrill 102 where Professor Emeritus Angela Davis was guest lecturing. Black students stood at the front of the room while allies stood on the sides. Demonstrators followed their script, a brief but powerful combination of chants and descriptions of the hostile conditions black students face on campus. Afterwards Davis told the class it was a “privilege to witness an important moment in history” and she hoped they’d learned something. 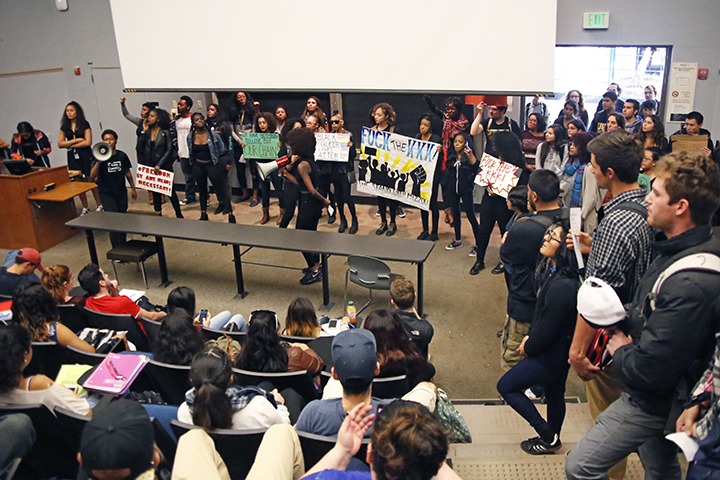 Event initiator Melissa Lyken was one of the protesters who took turns leading the group of at least 50 people to Classroom Unit 1 and 2, the engineering auditorium and Jack Baskin. Lyken said that it was planned ahead of time to go into Classroom Unit 2. “They were teaching law so we were really considering the ways in which laws affect black people as a collective,” Lyken said. Student responses varied from support to shock, agitation,  and even threats and hateful messages on social media. At the Jack Baskin Lounge, one student expressed further frustration that the protest occurred during midterms. Lyken explained afterwards, “Even here you know, black lives are killed every day and black bodies are killed every day and every day we experience microaggressions and we still have to go to our midterms right?” 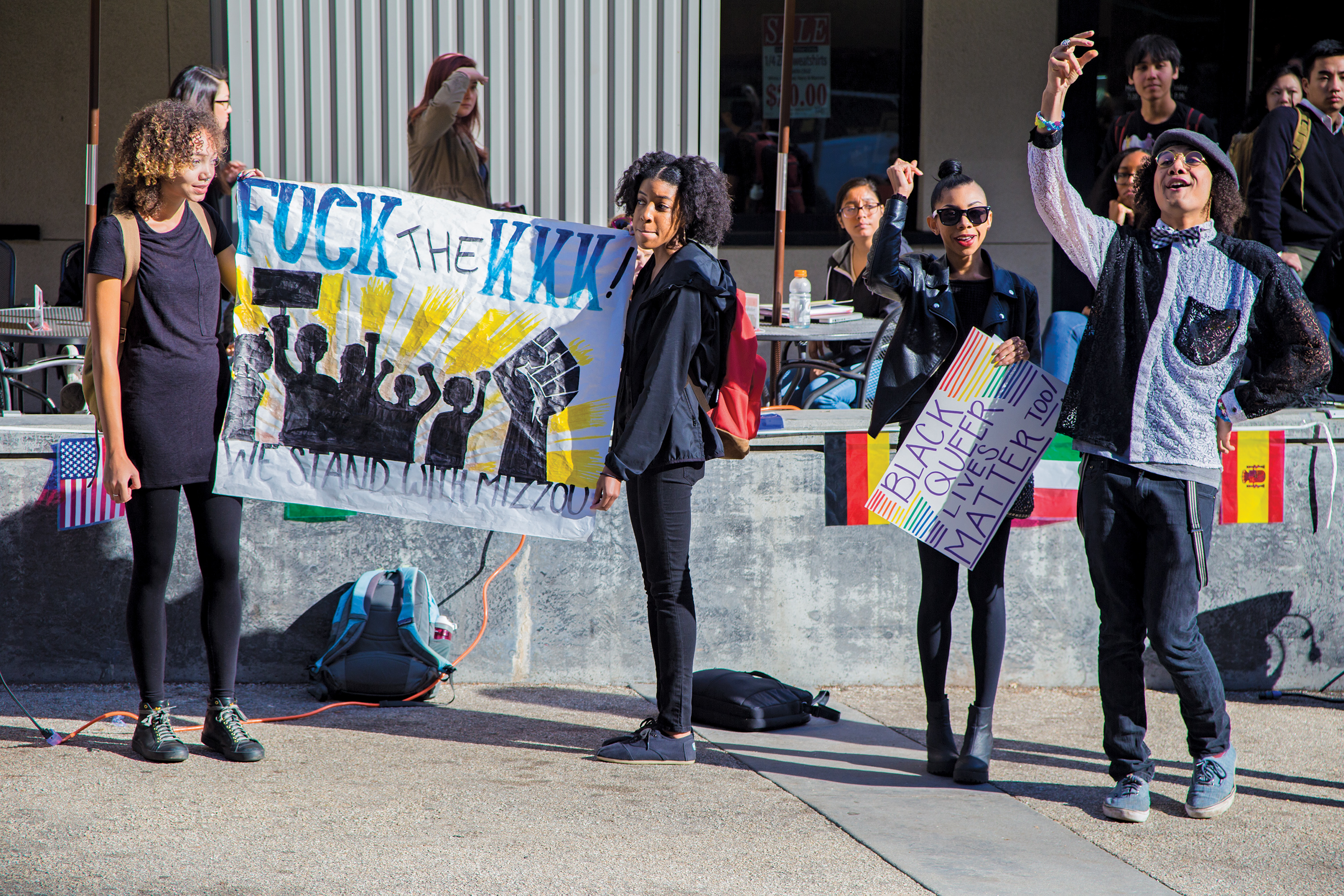