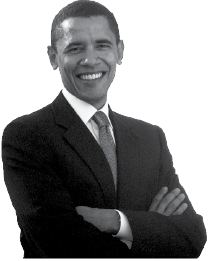 Congress members sat in the House Chamber as President Barack Obama took the podium on Tuesday to give his final State of the Union address. The tradition, outlined in the U.S. Constitution, allows the president to address Congress and the public regarding the nation’s current state of affairs.

After greeting members of Congress and Vice President Joe Biden, Obama made a pointed joke about the upcoming presidential elections before easing into a more serious discussion about the future of the nation.

“America has been through big changes before  —  wars and depression, the influx of immigrants, workers fighting for a fair deal, movements to expand civil rights […] We made change work for us, always extending America’s promise outward, to the next frontier, to more people. And because we did, because we saw opportunity where others saw peril, we emerged stronger and better than before.”

Obama continued his address by acknowledging “four big questions” the United States needed to answer, no matter what partisanship our nation holds.

“First, how do we give everyone a fair shot at opportunity and security in this new economy? Second, how do we make technology work for us, and not against us , especially when it comes to solving urgent challenges like climate change? Third, how do we keep America safe and lead the world without becoming its policeman? And finally, how can we make our politics reflect what’s best in us, and not what’s worst?”

Obama said there was job growth and economic progress over the last seven years. However, he also acknowledged that facets of the economy like education, healthcare and social security require repair for advancement.

“A great education isn’t all we need in this new economy. We also need benefits, and protections that provide a basic measure of security. It’s not much of a stretch to say that some of the only people in America who are going to work the same job, in the same place, with a health and retirement package, for 30 years, are sitting in this chamber. For everyone else, especially folks in their 40s and 50s, saving for retirement or bouncing back from job loss has gotten a lot tougher. Americans understand that at some point in their careers, they may have to retrain, but they shouldn’t lose what they’ve already worked so hard to build in the process.”

The president addressed the duality of technology and that it has the capability to address climate change, enhance medical care and prevent potential fatalities. But he also noted the danger of other technologies, like guns, and how we must continue to examine the magnitude of power we possess. He also announced an initiative to make the U.S. the first nation to cure cancer under Vice President Joe Biden’s leadership.

“Look, if anybody still wants to dispute the science around climate change, have at it. You will be pretty lonely because you’ll be debating our military, most of America’s business leaders, the majority of the American people, almost the entire scientific community and 200 nations around the world who agree it’s a problem and intend to solve it.”

Safety has been a contentious subject for the United States, both at home and when addressing threats from overseas. Obama noted the complexities of the military system, asking Congress and the American people to “take a vote” on the way in which foreign policy addresses threats from ISIL and Al-Qaeda. He also said our stereotypical views of others can pose a threat, especially in terms of prejudicial judgments in skin color and religious affiliation.

“I told you earlier all the talk of America’s economic decline is political hot air. Well, so is all the rhetoric you hear about our enemies getting stronger and America getting weaker. Let me tell you something. The United States of America is the most powerful nation on Earth, period. Period.”

Obama acknowledged the difficulty of accommodating people from multiple backgrounds while attributing this as a strength of the nation as a whole. He addressed the fact that the presidency is not the only facet of government dictating politics, but that it serves alongside the congressional and judicial branches that are intended to serve the nation, with its 319 million people.

“If we want better politics, it’s not enough to just change a congressman or change a senator or even change a president. We have to change the system to reflect our better selves.”