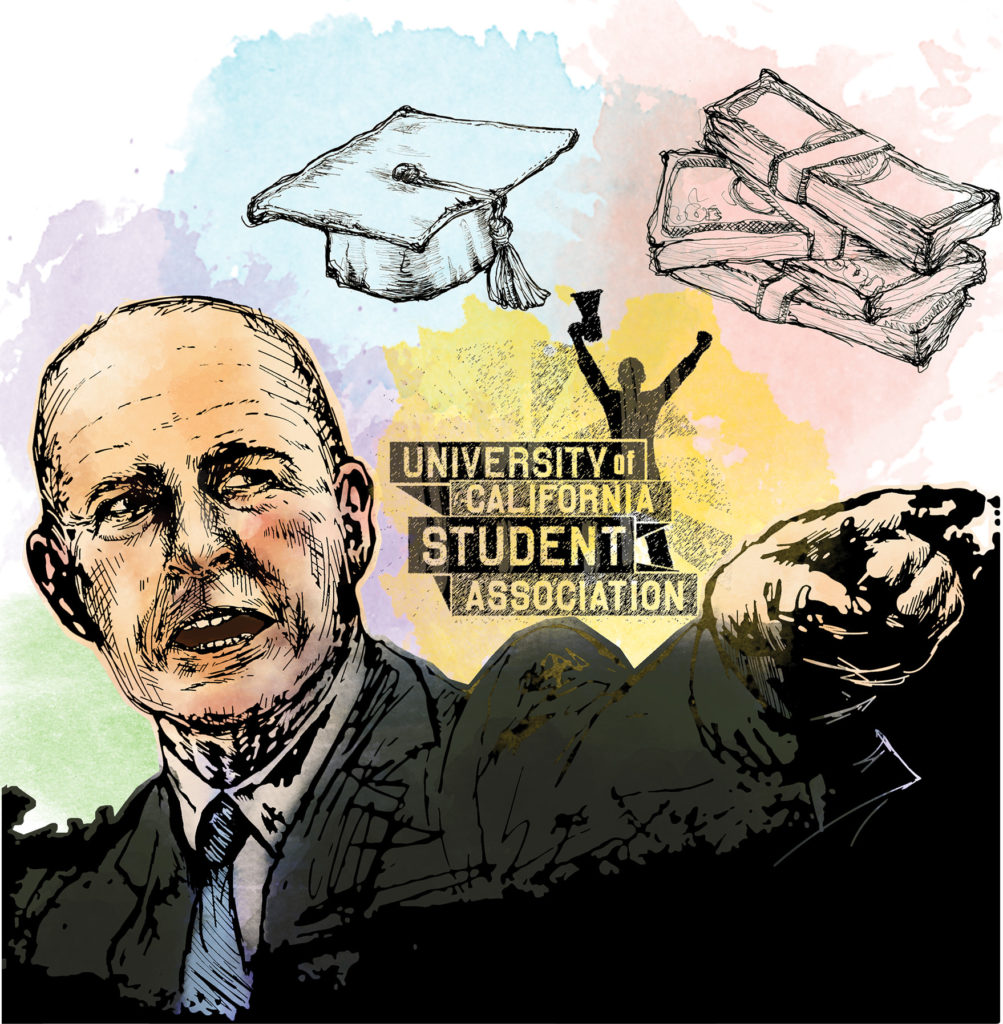 The UC Student Association (UCSA) met in San Diego this weekend to discuss the financial future of the UC, the proposed enrollment growth and the concern of Islamophobia system-wide.

UCSA is a student-organized group consisting of 18 representative associations across the UC system, including UCSC’s Student Union Assembly (SUA) and Graduate Student Assembly. The umbrella organization represents the collective 240,000 UC students and is responsible for bringing the student voice into larger discussions of the university’s well-being and future.

The current state budget proposal introduced by California Governor Jerry Brown on Jan. 7 provides an increase to the UC’s base budget — a starting set of funds based on previous years’ spending. Brown proposes a 4 percent increase for this year and each of the next three years.

The proposed increase will give the UC an additional $125 million from the state’s general fund for this year alone, which will account for a fragment of the total $30 billion spent by California on higher education.

The proposal supports making the transition swifter and easier for community college transfer students, allocating funds for increased technology in the classroom and for online courses, and requiring the UC to present pathways for students to graduate in three years.

“It was a little bit of a ‘good news’ budget. It was the largest budget this governor has ever produced,” said Sean Connelly, government relations and interim executive director of UCSA, to the UCSA Board in San Diego. “[Brown] did pretty well, but again this is nothing but the initial conversation point.”

Brown’s proposal has a dedicated focus toward in-state and low-income students, and aims to fund an additional 10,000 residents over the next three years. Brown proposed $25 million which will be matched by the UC for a total $50 million.

Enrollment growth was proposed during the fight against tuition hikes last winter, and in a compromise between the UC and the state, the UC agreed to enroll more residential students.

UCSA President Kevin Sabo said the UCSA’s concern is the effect more students would have on the infrastructure of the 10 UC campuses — particularly housing and food insecurity as well as crowded classrooms. Sabo said it would be irresponsible for UCSA to approve the budget and “pretend these are only slight inconveniences rather than almost full-scale crises.”

Sabo said UCSA supports an increase in the number of students at the UC and doesn’t want the association to “slam the door of opportunity behind us.” He said the burden of this student increase will be carried by non-resident, or out-of-state and international students.

An increase to non-residential tuition of at least 8 percent for the next four school years was approved by the UC Regents and was also included in Brown’s budget proposal.

During a period of unrest for Muslim students following the San Bernardino terrorist attacks, concerns of Islamophobia were brought forth to the UCSA members during the UCSA Board meeting.

“We heard from Muslim students on how they just don’t feel safe being a UC student and being on campus,” Sabo said. “We are just trying to figure out how we can combat that on our campuses.”

Although a decision on addressing Islamophobia was not reached at this meeting, Guillermo Rogel Jr. said the subject will be brought back in February.

UCSA stressed that these discussions are only the beginning. Gov. Brown’s budget proposal still has to be approved through the state legislature, and UCSA hopes to bring in students for every step of the process, including lobbying and negotiating at the capitol.

Sabo said if change is going to happen at an institutional level, students need to pay attention to the policy in Sacramento and DC.

“We did an awful job of getting students to Sacramento last year,” Sean Connelly told the UCSA board, “and we have to improve.”