Table for One, Please!

Sometimes, self-care can be as simple as three words — “treat. yo’. self.” Tom Haverford, Aziz Ansari’s character, says this on “Parks and Recreation,” and this week I put his words into practice.

“Self-care” is an umbrella term for intentional actions used to promote one’s well-being. It’s used to describe habits or routines that promote physical and emotional health. In a premature celebration of Valentine’s Day, I decided to apply Haverford’s mantra and take myself out on a date.

As much as I like the holiday, I resent the binary ways in which it’s presented and approached every year. You’re either taken and happily celebrating, or you’re not and you’re sad about it. I have several anecdotes to prove this is not the case. Valentine’s Day is just another day, it’s your attitude that determines the type of holiday you have.

Besides, if you’re single on the holiday for romantic love, what better way to “treat yo self” than to date yo self? I was confident I would be a great date, but was immediately nervous about being alone for dinner. I am on the move all the time by myself, I have no qualm being alone for long periods of time. Not having a Valentine? Fine. Ordering by myself at a restaurant? Jitters. 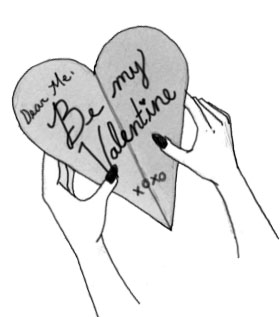 Allotting a whole night to hang out with myself seemed silly, but it was a refreshing to plan something without having to compromise with someone or about something. I was getting my nails done, dinner and then drinks, no deliberation.

Around sunset, I set out on my date, in an outfit somewhere between cute and comfortable with no companion, no books, no drawing pad. (I wish I could say no phone but come on, let’s be realistic.)

First stop was the nail salon. I made an appointment for the latest possible time, and was pleasantly surprised to find that it coincided with the Republican presidential debate. Rather than worrying about the state of my nail beds or trying to make small talk with the technician, I was fixated on the reactionary bickering between the GOP candidates.

“Trump is still going?” the nail technician said, turning to look at Donald Trump continuing to interrupt the flow of debate. “He‘s crazy.”

“Yeah, he is,” I responded through a chuckle. Given the mild awkwardness between us, I was touched to bond over mocking Donald Trump for a moment. 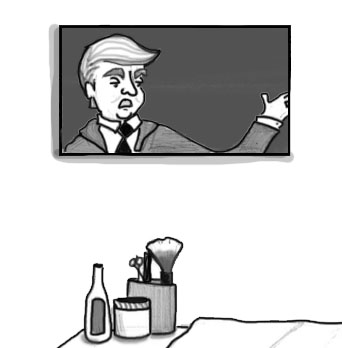 Next was dinner at a tap room a block away. As I walked into the crowded restaurant full of older adults, I immediately felt underdressed and hyper-aware of being alone. The first 10 minutes were awkward, compelling me to stare at my phone. But after I ordered and acclimated to the space, I noticed several other solo diners in the restaurant. I wasn’t really alone at all.

Despite the fact that over 60 percent of Americans eat by themselves regularly, the initial discomfort I experienced is not abnormal. A study conducted by Rebecca Ratner and Rebecca Hamilton of the University of Maryland and Georgetown found that most consumers are more comfortable doing things by themselves that serve a utilitarian function, like laundry, over things that serve a hedonistic purpose, like getting a latte.

This can be explained by the “spotlight effect,” a phenomena that causes us to drastically overestimate how much we’re being noticed by others, and in turn, makes us chronically uncomfortable when we feel that we are committing a social faux pas. 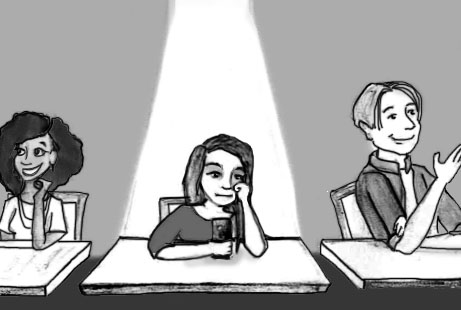 As philosopher/rapper Kendrick Lamar put it, “I love myself, one day at a time.” A self-date is a single example of that, but self-care extends into every realm of life. It’s important, especially during Valentine’s Day, to recognize the need for self-love and to act on it — be it taking a walk, watching seven hours of Netflix, or taking yourself on a date.

Engaging in self-care for the purpose of enjoyment is normal and healthy. As our lives get increasingly fast-paced, it is important to value the time we have to ourselves. As Ratner’s and Hamilton’s survey concluded, “consumers who forgo hedonic activities alone are missing out on opportunities for rewarding experiences.”

Doing enjoyable things by yourself can have a noticeable impact on happiness and self-confidence.