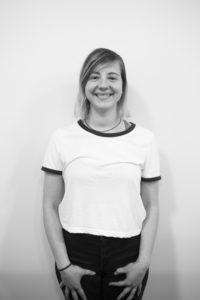 When I tell people I was born in Russia and moved here when I was 5 years old, they’re surprised. And I can see why. I don’t look like an immigrant. I don’t sound like an immigrant. I’m the traditional image of an American — a white English-speaker with no trace of a foreign accent.

When I was growing up, I didn’t see how my whiteness in combination with my ability to speak English without an accent granted me social respect, safety and certain privileges that other immigrants don’t have. I moved to the U.S. because my dad got a job as an engineer for Cisco, a large software company based in the Silicon Valley, so my family has avoided many social and financial struggles that others face.

Though immigrating to a new country is difficult even in the best situations, white people from European countries aren’t facing the same systemic discrimination that people from other areas undergo because of the way their language associated them with a certain stereotype.

When people learn that I’m fluent in Russian, they often ask me to say something in the language. They say Russian sounds interesting or cool, even sexy. Many people including myself find foreign languages intriguing. But the problem is that in the context of mainstream American society, languages, and the people who speak them, are placed in a hierarchy — and some are clearly viewed as inferior.

On April 6, UC Berkeley student Khairuldeen Makhzoomi was kicked out of an airplane for speaking Arabic on the phone because another passenger thought she heard the word for “martyr,” which some associate with terrorism. Within minutes, Makhzoomi was led off the plane and extensively questioned by security and the FBI. Afterward, he was given a refund for his ticket but was still not allowed back on the flight. Though Southwest Airlines still hasn’t apologized for its unjust treatment of Makhzoomi, it has made a public statement about how the company doesn’t tolerate discrimination.

Fifty years ago during the Cold War Era, I would have been in the same situation where my native language is associated with the enemy. In this case, Makhzoomi was the victim of the current national fear — Islamophobia. Even though Arabic is the national language of 26 Middle Eastern and African nations, in this country it can still automatically be equated with terrorist groups from specific countries.

But this situation extends beyond just the language he was speaking. The fact that he is non-white undoubtedly played a role in labeling him as a threat.

Some might see incidents like these as inconsequential or even argue “better safe than sorry,” but the truth is, they lead to discrimination, and in extreme cases, the murdering of innocent people because they don’t sound like a “real” American should.

A white man in Milwaukee was charged with killing three of his neighbors only a month before the incident involving Makhzoomi. According to the son of Jesus Manso-Perez, one of the people killed, the man asked what country the pair was from. After they said they were from Puerto Rico, the man replied, “That’s why you don’t speak English.” He then allegedly went into his apartment, brought out a gun and shot Manso-Perez in the head. After, he broke down the door of the apartment where Phia Vue, Mai Vue and their family were located, took Phia out of the room and shot him. After, he dragged Mai out and her body was later found in his apartment. Phia and Mai were members of the Hmong community.

Before the man began shooting, he said, “You guys have got to go,” to Manso-Perez and his son, according to the criminal complaint. This exemplifies the alarming national rhetoric about whether certain groups of immigrants should be allowed to stay in this country and shows that stereotypes can lead to actual violence. Because I sound like a native English speaker, I don’t face the same threats that those with foreign-sounding accents might.

I don’t look like an immigrant. I don’t sound like an immigrant. Yes, I’m still subject to stereotypes like I drink copious amounts of vodka, or I’m a Soviet spy. But at the end of the day, these don’t affect my daily life, influence my relationships with people or put me in any immediate danger, unlike some immigrants who face harsher conditions.

In a country with no national language, why do people favor one language over another and actively discriminate against certain people in the process?