The total number of hate crimes motivated by anti-LGBTQIA+ beliefs has risen every year since 2014. The most recent FBI report showed 15.9 percent of single-bias incidents stemmed from sexual orientation bias.

Folks in the LGBTQIA+ community are still dealing with huge amounts of prejudice, but the distribution isn’t equal.

No one gets a free pass from being racist, transphobic, fatphobic, xenophobic or offensive, regardless of sexual orientation.

A report from the National Coalition of Anti-Violence Programs found that people of color (POC) made up 61 percent of survivors of LGBTQIA+ hate violence in 2016. LGBTQIA+ POC continue to suffer as members of multiple marginalized groups.

If you asked me four years ago about LGBTQIA+ representation, the first people that would come to mind would be Ellen DeGeneres, Ellen Page and Neil Patrick Harris. Not only had I not encountered many queer folks in popular media, but the ones I did find all seemed to be white.

With recent shows like “Orange is the New Black,” “She’s Gotta Have it” and “Pose,” my perception of queerness in the media has matured, but there’s still a lot of room for growth.

“Progressive” society applauds white people for doing the bare minimum or “challenging masculinity/femininity,” and I’m tired of it. Harry Styles wears a tutu in SNL publicity photos, and people think he’s pushing the limits of fashion and masculinity. At the end of the day, he’s a wealthy white man being idolized for something queer and trans POC have been doing for a long time.

White people in the LGBTQIA+ community are not revolutionary.

The first openly LGBTQIA+ identifying person to have an actual shot at the White House is a cisgender white man. At the end of the day, white queer people are still white, and there is significant privilege in that, even taking into account other identities.

While white people in the LGBTQIA+ community should be supporting POC, they should not tokenize POC. There’s a difference between hiring POC to make your organization look more diverse, then rejecting all the feedback they give, and having POC running the organization and making real changes.

Instead of hiding your whiteness behind your queerness, acknowledge your privilege and the benefits society hands you because you are white. You have an advantage in this society because of your race. Expressions of gender and sexuality do affect the way people are viewed, but being white can make your experiences much different than a queer or trans POC who may express their gender and sexuality in a similar way.

In most contexts, people will see your race before your sexuality. And more often than not, white people outside of the LGBTQIA+ community would rush to help another white person regardless of their sexuality, rather than help a POC.

Support your queer and trans POC friends. Don’t exoticize them, but listen to what they have to say. Give your attention to shows centering the voices of LGBTQIA+ POC like “Pose,” and actors like Billy Porter, Indya Moore and Laverne Cox. Don’t reward white people for something that queer and trans POC have already done. Give credit where credit is due. 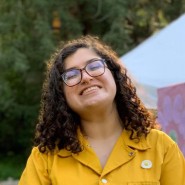 Sara Nasr is the copy lead for City on a Hill Press. She is a fourth-year linguistics major with an interest in various social justice issues, including those related to intersections of fatphobia, the LGBTQIA+ community and people of color.