Any city-goer who takes a stroll down Beach Street will be met by a variety of vendors selling products from food to crystals to plushies seven days a week. With new local legislation, that will soon change. Vendors are concerned.

What they must now face includes prohibiting setting up on a popular portion of Beach Street during summer time, expanding the types of permits a vendor needs, and banning vending on the Santa Cruz Wharf. Introduced by a 4-3 decision by the Santa Cruz City Council, the tightened constraints came from worries over sidewalk congestion and possible foodborne illnesses.

When the council decided in March to adopt these new restrictions, many city-goers — including Natalia Dlugopolski, a street vendor on Pacific Avenue  — responded with disappointment.

“Regardless, I’ll still be out here vending,” Dlugopolski said. “It’s crazy to think you need a seller’s permit for one table.”

The sentiment of resistance wasn’t expressed by Dlugopolski alone. Multiple vendors expressed their intent to continue setting up in defiance of the council.

Dave Jones, who works as a street vendor selling jewelry, has lived in Santa Cruz for the past four years. He expressed resentment toward the strict changes to vending regulations, and said the feeling was shared by other vendors. Many see the move as part of a buildup of restrictions.

“It has been historically common [to exclude street vendors],” he said. “Same old, same old. You give the City Council an inch, and they take a mile.”

With an annual permit, along with additional ones based on the type of items sold, Jones felt these changes target street vending. The combination of new permit costs and existing $100 minimum fines could create financial strain on vendors, who now also cannot sell during certain times of the year.

Jones also stressed a lack of receptiveness on the part of the city government. He expressed discontent that the opinions of “brick-and-mortar” businesses — those with a physical building of operation — weigh too heavily in city decisionmaking.

He explained that his experiences conveying these concerns to council members and city staff were unsuccessful, comparing them to “talking to a brick wall.”

“It’s my only source of income. It’s frustrating. I don’t feel we have a voice, and [vendors] don’t feel like they have one either,” Jones said. “People are just trying to make a living.”

One vendor, who wishes to remain anonymous, spoke on the additional difficulty of being from Mexico and having to navigate the ever-changing vending requirements.

They said they have kept up with all the new prerequisites — be it paying for permits, or moving locations regularly.

“We have the permits. They made us pay for the insurance. And now it turns out we can’t work. What is [the City’s] game?” *

Before street vending, Carlson ran a store downtown for nine years selling tie-dye products. When the COVID-19 pandemic resulted in his brick-and-mortar establishment shutting down, Carlson was suddenly a street vendor.

Now, with two years of experience, he considers the new permit restrictions as a way to deter anyone who might detract from store-front profits.

The lines of communication and understanding between the two groups, Carlson expressed, need work as well.

“[The restrictions] aren’t roadblocks, but skateboard ramps between vendors and the City Council,” Carlson described. “At least have open dialogue.”

However, he also mentioned that, as a former store-front business owner, he could slightly sympathize with the new regulations. Many vendors, he went on to say, end up blocking streets when unloading and loading items, which the recent changes account for.

Additionally, he said the costs of having an indoor business on Pacific Avenue can provide owners there with a vested interest to disapprove of street vending.

For him, both sides face issues. The hurdles vendors must now face, and the financial strain of renting for business owners, leave each group with respective difficulties.

“Society is playing limbo,” Carlson said. “How low can we go?”

Although Jones and Carlson both felt that the state of street vending is bleak, they suggested opening up avenues of communication between vendors and city government to improve the situation. They remain hopeful that there will someday be changes to how the City Council treats and understands street vending.

Jones advocates for vendors to be invited to meetings to make spaces more equitable. Carlson has some less optimistic thoughts.

“I think things are so bad,” Carlson said, “it doesn’t take much to get better.”

*The interviews with street vendors were conducted in Spanish, then translated into English by Rachel Raiyani.

This article was part of a CHP Backlog. This piece was written during the week of April 24. 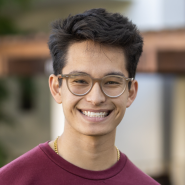 Andrew Kato is a reporter for City on a Hill Press based in Santa Cruz, California, focusing on diversity and inclusion. He first joined the team staff in spring of 2022. He also co-hosts Solidari-Tea, a UC Santa Cruz Resource Centers podcast on social justice and college resources.